U.S. appeals court judges on Friday appeared skeptical about broad legal arguments by President Donald Trump’s administration seeking to block a former White House lawyer from testifying to Congress as part of the impeachment effort against Trump, but also seemed wary about stepping into the heated political fight.

Judge Thomas Griffith asked tough questions of the Justice Department lawyer who argued on the administration’s behalf and the lawyer for the Democratic-led House of Representatives Judiciary Committee that subpoenaed former White House Counsel Don McGahn, and could be the pivotal vote in deciding the case.

The case was heard by a three-judge panel of the U.S. Court of Appeals for the District of Columbia Circuit. Griffith questioned whether the court should decide the case at all, in part because McGahn’s testimony is not key to the two articles of impeachment against Trump approved by the House on Dec. 18.

Griffith, a Republican appointee, and Judge Judith Rogers, a Democratic appointee, questioned the administration’s arguments that the House panel lacks legal standing to enforce its subpoena and that senior presidential advisers are “absolutely immune” from being forced to testify to Congress about official acts.

The committee filed suit in August seeking to enforce its April subpoena for McGahn to testify about Trump’s efforts to impede former Special Counsel Robert Mueller’s investigation that documented Russian interference in the 2016 election and numerous contacts between Trump’s campaign and Moscow.

The arguments came in the administration’s appeal of U.S. District Judge Ketanji Brown Jackson’s Nov. 25 ruling that McGahn must comply with the subpoena.

A second three-judge panel, with Griffith and Rogers joined by Trump appointee Neomi Rao, also appeared conflicted as it heard arguments in a separate lawsuit by the same committee seeking access to grand jury evidence from Mueller’s inquiry.

Griffith asked whether there has ever been such “broad scale defiance” of congressional requests in U.S. history as Trump’s administration has exhibited. It directed current and former officials not to comply with congressional subpoenas for testimony and documents. McGahn, who left his post in October 2018, defied the subpoena but has said he would testify if ordered by a court.

Griffith noted that the Supreme Court has previously said legislatures can have legal standing in such cases.

The committee sued a month before the House launched its impeachment inquiry against the Republican president centring on his request that Ukraine investigate Democratic political rival Joe Biden and his son.

Griffith noted that McGahn was “long gone” from the White House when the Ukraine controversy unfolded and the judge appeared skeptical over some claims by House lawyer Megan Barbero.

“I wonder if we should be involved with this dispute at all,” Griffith said.

Congress has other means to leverage executive branch co-operation such as refusing to fund the government, Griffith said.

“The question is whether the Constitution allows you to pull the courts … into this dispute, which historically has been fought out – duked out – between the political branches. To me that’s the tough question,” Griffith added.

Rogers added that if the House cannot enforce subpoenas, its “critical power in terms of checking abuse of presidential power” would be stymied. Rogers appeared to reject the administration’s suggestion that courts have no role in enforcing such subpoenas, saying the Supreme Court has recognized such a role in some cases.

“That’s what I think we are struggling with here,” Rogers added.

The House passed two articles of impeachment – formal charges – accusing Trump of abuse of power and obstruction of Congress, setting up a trial in the Republican-led Senate to determine whether to remove him from office. Trump has denied wrongdoing.

It was unclear whether the judges would rule in the two cases before the Senate impeachment trial. Their rulings could be appealed to the U.S. Supreme Court, which ultimately may decide the disputes.

McGahn told Mueller’s team that Trump repeatedly instructed him to have the special counsel ousted and then told him to deny having been so instructed when word of the action emerged in news reports. McGahn did not carry out either instruction.

The second case involved the administration’s appeal of a judge’s October ruling that the Mueller grand jury information should be provided to lawmakers. The Justice Department argued that by law the material must be kept confidential.

House lawyer Douglas Letter stressed the importance of courts deciding such disputes, saying it avoids further conflict between branches of government. Absent court action, he raised the hypothetical of a “gun battle” between the House sergeant-at-arms and Attorney General William Barr’s security detail if the Justice Department refused to hand over the material.

Based on questions posed by the judges, the court might consider sending that case back to a lower court for more analysis specifying the exact material sought by lawmakers and their reasons for wanting it. 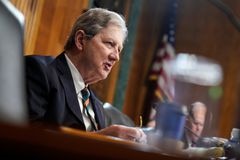 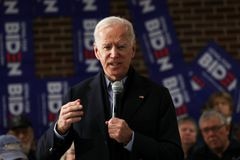