President Donald Trump says he has thought about closing the border to Canada amid efforts to contain the coronavirus epidemic, but is hoping not to take such a step, as a wave of increasingly dire public health measures crashes across the United States.

At a White House press conference unveiling new social distancing guidelines on Monday, Mr. Trump said he had the power to shut either the Canadian or Mexican borders.

“We think about it. If we don’t have to do it, that would be good,” he said. “We are talking about different things. But we’ll see. Right now, we have not decided to do that.”

The President previously imposed travel bans on China, Iran and most of Europe. Canada has one-10th the number of infections and one-19th the number of deaths that the United States has had from the virus.

Prime Minister Justin Trudeau on Monday announced a prohibition on most foreign nationals entering Canada, but will allow U.S. citizens. He said the exemption was based on “the level of integration of our two economies.” The United States accounts for 80 per cent of Canada’s foreign trade.

Mr. Trump, who had previously downplayed the seriousness of the pandemic, on Monday conceded that the crisis was “not under control” and that it could take until July or August to end. He called for Americans to avoid gatherings of 10 or more people, restaurants, bars, food courts, and nursing homes, and to stop discretionary travel.

But the President stopped short of announcing nationwide rules, leaving the country with a patchwork of containment measures as the crisis rapidly escalated, with more than 4,000 people testing positive for the virus and more than 70 dead.

While New York, for instance, restricted restaurants and bars to take-out service, and the San Francisco Bay Area ordered all residents to stay in their homes, the Governor of Oklahoma tweeted a photo of himself at a busy restaurant, and swimmers packed Florida’s Clearwater Beach.

Ohio Governor Mike DeWine ordered polling stations closed down ahead of Tuesday’s presidential primary in his state. But Florida, Illinois and Arizona forged ahead with theirs.

“It’s chaos,” New York Governor Andrew Cuomo said in a press call on Monday, criticizing Washington for failing to co-ordinate a response. “It actually feeds the feeling that the country’s out of control. There is no clear direction.”

Mr. Trump brushed off criticisms that his handling of the crisis has been lacklustre. Of his performance, he said, “I’d rate it a 10,” and that his government was “doing a tremendous job.”

“We will defeat the virus and we’re going to have a big celebration, all together,” he said.

Dina Borzekowski, a public health expert at the University of Maryland, pointed to the difference between the Italian provinces of Lodi and Bergamo: Lodi imposed a lockdown two weeks before Bergamo did, and its coronavirus numbers hit a plateau within days, while Bergamo’s more than doubled.

“We’re much more interconnected than we think. I would lean towards federal guidelines that are more strict,” she said.

Authorities in San Francisco and Silicon Valley adopted some of the most stringent rules on Monday. They ordered nearly seven million people in six counties not to leave their homes except for crucial errands such as getting groceries and picking up medications. All other businesses must shut down, with police and sheriffs’ departments enforcing the rules.

“We are in a rough place and we are going to have difficult times ahead,” said Scott Morrow, public health officer for San Mateo County, which includes the headquarters of several large tech firms like Facebook and Google’s YouTube.

In Napa, wineries that were starting to recover from recent wildfires and power outages in the fall were asked to shut down their tasting rooms this week.

In addition to the restaurant and bar closings, New York, New Jersey and Connecticut also jointly announced a ban on gatherings of more than 50 people, and the shuttering of movie theatres and gyms.

Washington, D.C., for its part, allowed bars and restaurants to stay open, but banned bar seating and standing. Tables must have no more than six people and be spaced at least six feet apart.

Paul Vivari decided to close Showtime Lounge, his hole-in-the-wall bar in the Bloomingdale hipster neighbourhood, because the new health rules would allow him to accommodate only about four patrons at a time. He has been sharing his 10 staff members’ Venmo and Paypal accounts with regulars who want to help them out while they’re off work.

Mr. Vivari estimates the business itself can stay afloat on savings for about two weeks, but he must explore loan options to keep going beyond that.

“What’s the point of staying open, putting everyone at risk?” he said. “It just wasn’t worth it.” 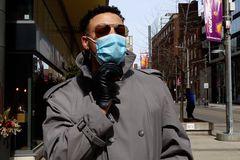 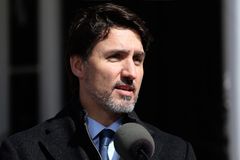 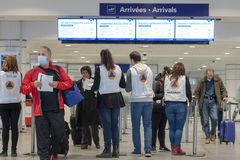 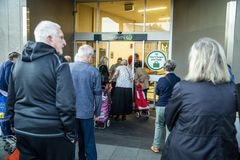 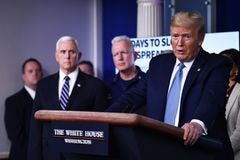