U.S. Secretary of State Mike Pompeo is vowing to fight for the release of two Canadians detained by China in apparent retaliation for Canadian authorities serving an American arrest warrant on Huawei CFO Meng Wanzhou.

The Secretary of State said Washington would pressure Beijing to free the men, pledging that his department is “going to work with every citizen unlawfully detained all around the world,” and “we’ll do it in this case as well.” Mr. Pompeo did not specify what actions the United States would take.

Mr. Pompeo’s promise is the strongest support the Trump administration has offered its northern ally since China detained Mr. Kovrig and Mr. Spavor on Monday. Beijing took the men into custody nine days after police arrested Ms. Meng at Vancouver International Airport on U.S. charges of alleged fraud related to violating sanctions against Iran. She remains in Vancouver on $10-million bail facing extradition to the United States.

Ms. Freeland on Friday defended the “strong and independent judiciaries" of Canada and the United States, days after U.S. President Donald Trump mused that he might interfere in the process to use Ms. Meng, whose father is Huawei’s founder, as a bargaining chip in his trade war with China.

“Canada understands that the rule of law and extradition ought not ever to be politicized or used as tools to resolve other issues. And that is a very clear position which Canada expresses to all of its partners,” she said. “The extradition process is a criminal justice process. This is not a tool that should be used for politicized ends.”

Earlier this year, Mr. Trump hit China with tariffs on a wide range of goods as punishment for Chinese trade policies he argues have cheated U.S. companies. The President is currently trying to negotiate an end to the fight and more market access for the United States. In an interview with Reuters earlier this week, Mr. Trump said he would interfere to help Ms. Meng if it would help those efforts.

“If I think it’s good for what will be certainly the largest trade deal ever made … I would certainly intervene,” he said.

Both men are being held on suspicion of “engaging in activities that endanger the national security" of the country, China’s Foreign Ministry said. China has repeatedly referred to the arrest of Ms. Meng as a “kidnapping” and claimed Canada and the United States are trying to undermine Huawei. Western countries have taken a cautious approach to the telecom giant because of its close relationship with China’s dictatorial government.

In an interview with Citytv in Toronto, the Prime Minister expressed concern that Canada has been caught in the middle of a power struggle between the United States and China.

“This is one of the situations you get in when the two largest economies in the world, China and the United States, start picking a fight with each other,” Mr. Trudeau said. “The escalating trade war between them is going to have all sorts of unintended consequences for Canada, potentially the entire global economy. We’re very worried about that.”

On Friday morning, China’s Ambassador to Canada, Lu Shaye, warned of more fallout to come, telling an Ottawa audience that a Canada-China free-trade agreement “faces new obstacles due to reasons known to all.” The ambassador declined to elaborate when pressed by media and refused to answer any questions regarding the detention of Mr. Kovrig or Mr. Spavor.

Some observers urged Ms. Freeland to step up her efforts to get the men released.

Guy Saint-Jacques, Canada’s former ambassador to China, said Ms. Freeland should head to Beijing and make her case personally to the Chinese leadership.

“Tell the Chinese: ‘We have to find ways to lower the temperature, otherwise you will create long-lasting damage to the relationship,' " he said. “I am not sure they will listen … but it’s worth the effort.”

Jorge Guajardo, who was Mexico’s ambassador to China from 2007 to 2013, said Ottawa should go further than that by stopping or slowing down the processing of travel visas for Chinese citizens wishing to come to Canada. Such a move would put pressure on Beijing through wealthy Chinese citizens who regularly travel to Canada.

“China is playing in a way that is unconventional, and I strongly believe requires a commensurate response,” Mr. Guajardo said. “Canada can stand up to China. I think Canadians under-appreciate how much Canada is desired as a destination by the Chinese elite.” 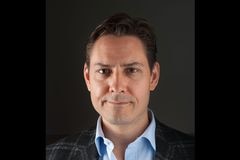 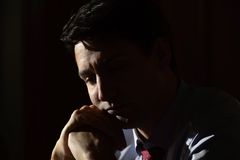 Follow Adrian Morrow, Robert Fife and Steven Chase on Twitter @adrianmorrow @RobertFife @stevenchase
Report an error Editorial code of conduct
Due to technical reasons, we have temporarily removed commenting from our articles. We hope to have this fixed soon. Thank you for your patience. If you are looking to give feedback on our new site, please send it along to feedback@globeandmail.com. If you want to write a letter to the editor, please forward to letters@globeandmail.com.
Comments