The U.S. Justice Department’s internal watchdog said on Monday that it found numerous errors but no evidence of political bias by the FBI when it opened an investigation into contacts between Donald Trump’s presidential campaign and Russia in 2016.

The report by Inspector General Michael Horowitz gave ammunition to both Trump’s supporters and his Democratic critics in the debate about the legitimacy of an investigation that clouded the first two years of his presidency.

It will not be the last word on the subject.

Federal prosecutor John Durham, who is running a separate criminal investigation on the origins of the Russia probe, said he did not agree with some of the report’s conclusions.

Horowitz found that the FBI had a legal “authorized purpose” to ask for court approval to begin surveillance of Carter Page, a former Trump campaign adviser.

But he also found a total of 17 “basic and fundamental” errors and omissions in its applications to the Foreign Intelligence Surveillance Court (FISA) that made the case appear stronger than it was.

For example, the FBI continued to rely on information assembled by a former British intelligence officer named Christopher Steele in its warrant applications even after one of Steele’s sources told the agency that his statements had been mischaracterized or exaggerated.

Senate Judiciary Committee Chairman Lindsey Graham, a Republican, said that effectively turned the investigation into a “criminal enterprise” to defraud the court and violate Page’s rights.

“I don’t fault anybody for looking into allegations like this. I do fault them for lying and misrepresenting to the court,” said Graham, who will hold a hearing on Wednesday examining the report’s findings.

The report also singled out an FBI lawyer for altering an email in a renewal of the warrant application to claim that Page was not a source for another U.S. government agency, when in fact he did work from 2008 to 2013 with another agency that was not identified in the report. The lawyer, identified by Republicans as Kevin Clinesmith, did not respond to a request for comment.

Democrats said the report showed that there was no basis for Trump’s repeated charges that the FBI was trying to undermine his chances of winning the White House.

“This report conclusively debunks the baseless conspiracy that the investigations into Mr. Trump’s campaign and its ties to Russia originated with political bias,” Senate Democratic Leader Chuck Schumer said at a news conference.

Trump called the investigation a witch hunt and assailed FBI leaders and career staffers who worked on it.

“This was an attempted overthrow and a lot of people were in on it, and they got caught,” Trump told reporters at the White House.

The FBI investigation was taken over in May 2017 by former FBI chief Robert Mueller after Trump fired James Comey as the agency’s director.

“Those who attacked the FBI for two years should admit they were wrong,” Comey said in a Washington Post op-ed.

Attorney General William Barr, who ordered the Durham investigation, said the report showed that the FBI launched its investigation “on the thinnest of suspicions.”

FBI Director Christopher Wray said he had ordered dozens of revisions to fix problems highlighted in the report, such as changes to warrant applications and methods for dealing with informants. The FBI would review the conduct of employees mentioned in the report, he said.

Horowitz said his office on Monday began a new review to further scrutinize the FBI’s compliance with its own fact-checking policies used to get applications to surveil U.S. persons in counterterrorism investigations, as well as counterintelligence probes. 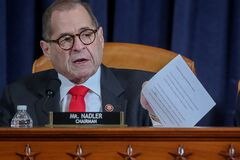 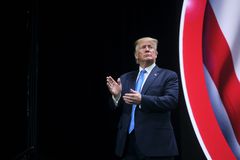 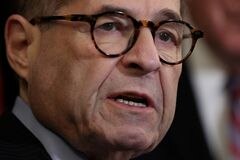