Now, in a sudden about-face, the Justice Department has dropped the charge, arguing that the ex-national security adviser’s statements to the FBI did not matter because they were inconsequential to the investigation and he had done nothing wrong.

In between these two moments was a legal battle by Mr. Flynn to change his plea and a push by President Donald Trump to have him exonerated.

To some, the prosecutorial reversal is a politically charged move by the President’s appointees, representing a further eroding of the rule of law in Mr. Trump’s Washington.

To the supporters of the President and Mr. Flynn, it rectified an entrapment by investigators who wanted Mr. Flynn to lie so that they could pressure him to help their probe of the White House.

In the Oval Office Thursday, Mr. Trump claimed without evidence that the prosecution of Mr. Flynn was part of a conspiracy by the former Obama administration to take down Mr. Trump. He described the FBI as “human scum” who had committed “treason.”

“He was an innocent man,” the President said of Mr. Flynn. “He was a great warrior.”

Jerry Nadler, the Democratic head of the House of Representatives judiciary committee, accused the Trump administration of corruptly interfering with the legal system.

“The evidence against General Flynn is overwhelming. He pleaded guilty to lying to investigators,” Mr. Nadler said in a statement. “A politicized and thoroughly corrupt Department of Justice is going to let the President’s crony simply walk away.”

Attorney-General Bill Barr, one of Mr. Trump’s most loyal cabinet members, appointed prosecutor Jeff Jensen to review Mr. Flynn’s case earlier this year. In a statement released through Mr. Barr’s office, Mr. Jensen said he had “concluded the proper and just course was to dismiss the case” and that Mr. Barr agreed with him.

The motion to dismiss the charge was signed by the chief prosecutor for the District of Columbia, Timothy Shea, a former adviser to Mr. Barr, who also appointed Mr. Shea to his current post. None of the front-line prosecutors who worked on the case signed the document. One of them, Brandon Van Grack, withdrew from the case shortly before the dismissal was filed.

The judge hearing the matter, Emmet Sullivan, must still approve the dismissal, but it is unlikely that he ultimately would deny it.

Mr. Flynn held discussions with Russian ambassador Sergey Kislyak in December, 2016 to persuade the Kremlin not to retaliate against sanctions laid by then-president Barack Obama. The following month, shortly after taking office, Mr. Flynn told the FBI that his talks with Mr. Kislyak had not involved sanctions. Intelligence officials, however, had previously intercepted the calls, which showed otherwise.

In the motion, Mr. Shea argued that Mr. Flynn’s statements were irrelevant to any investigation because the FBI had already concluded that there was no evidence Mr. Flynn had colluded with the Russians to tip the 2016 election to Mr. Trump.

“His statements were not ‘material’ to any viable counterintelligence investigation,” Mr. Shea wrote, adding that the questioning of Mr. Flynn was “unjustified” and “conducted without any legitimate investigative basis.”

Mr. Shea also said that it was unclear Mr. Flynn’s lying to investigators were even lies. Asked if he had told Mr. Kislyak not to retaliate against U.S. sanctions, Mr. Flynn told the FBI: “Not really. I don’t remember. It wasn’t, ‘Don’t do anything.’ ” In congressional testimony before Mr. Flynn was charged, then-FBI director James Comey said he was unsure whether Mr. Flynn had lied. “It is a close one,” he said.

Mr. Shea also referenced handwritten FBI notes that Mr. Flynn’s lawyers argued showed that investigators had deliberately set a perjury trap for Mr. Flynn. “What’s our goal? Truth/admission or to get him to lie, so we can prosecute him or get him fired?” one FBI official wrote.

Mr. Flynn’s lawyers also filed e-mails that suggested prosecutors had threatened to charge Mr. Flynn’s son, who was involved with his father’s foreign consulting work, to put pressure on Mr. Flynn into taking the plea deal.

Jennifer Rodgers, a former federal prosecutor, said the FBI clearly had good reasons to question Mr. Flynn. Even if they had no indication Mr. Flynn himself had colluded with the Russians, they were still investigating Russian election hacking.

“There was an open counterintelligence investigation going on into Russian interference, and you have a senior government official talking to the Russians. The notion that there’s no reason to go talk to someone like that is crazy. You’d be derelict in your duty if you didn’t,” said Ms. Rodgers, who now teaches law at Columbia University.

As for the FBI notes, she said, they appear to reflect agents gaming out different potential scenarios in the interview, including that Mr. Flynn might lie, and don’t likely indicate investigators were doing anything improper.

Seth Waxman, a Washington lawyer who once worked in the same U.S. Attorney’s Office that later handled Mr. Flynn’s case, said it was very unusual for a major motion to be signed by the politically appointed chief prosecutor and not by any of the lawyers who actually worked on the file.

“There is no legitimate basis to dismiss the charge. No one in Michael Flynn’s shoes would be treated this way under our justice system, but for the relationship with President Trump,” said Mr. Waxman, of the firm Dickinson Wright. “This is incredibly troubling. It really cuts at the heart of the judicial system. It is unique treatment being given for political reasons.”

A retired army lieutenant-general, Mr. Flynn lasted less than a month in Mr. Trump’s White House. The President fired him for lying to Vice-President Mike Pence about the conversations with Mr. Kislyak. But Mr. Trump later regretted the move, and has repeatedly voiced support for Mr. Flynn and attacked the FBI.

Mr. Flynn, for his part, pleaded guilty in December, 2017 and co-operated with Mr. Mueller’s investigation. But before he could be sentenced, he hired a new legal team and tried to reverse his plea. “This is a victory for Truth, Justice, the President, and millions of Americans who want the Rule of Law restored across the land,” his chief lawyer, Sidney Powell, tweeted after the filing.

Mr. Mueller would go on to prosecute several other people connected with Mr. Trump. These include Paul Manafort, the President’s former campaign chair, who received a four-year prison sentence for laundering tens of millions of dollars paid out by the Kremlin-connected former president of Ukraine.

On Friday, Mr. Trump, who has the power to issue unilateral pardons, hinted on Twitter that more people ensnared by investigations of his government could see their legal troubles end.

“Yesterday was a BIG day for Justice in the USA. Congratulations to General Flynn, and many others,” he wrote. “I do believe there is MUCH more to come! Dirty Cops and Crooked Politicians do not go well together!” 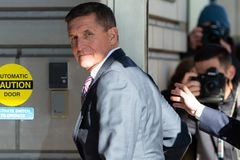 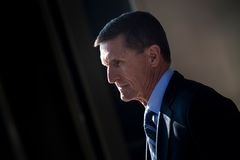 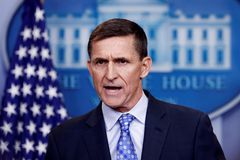