U.S. Attorney-General William Barr told lawmakers Tuesday that he intends to release “within a week” a redacted version of the long-awaited report on Russian interference in the 2016 presidential election from former special counsel Robert Mueller.

During a congressional hearing, Mr. Barr was repeatedly challenged by Democrats who raised suspicions that he may have misrepresented Mr. Mueller’s report to paint the Republican President in a better light.

Mr. Barr, an appointee of Mr. Trump who last month announced what he said were the main findings of the report, said he would be as open as possible about redactions of sensitive information when he hands over the full document.

“Within a week, I will be in position to release that report to the public and then I will engage with the chairmen of both judiciary committees about that report, about any further requests that they have,” Mr. Barr said at his first appearance before Congress since receiving the report March 22.

“I don’t intend at this stage to send the full unredacted report to the committee,” Mr. Barr told a House of Representatives Appropriations subcommittee. “I am relying on my own discretion to make as much public as I can.”

Tuesday’s hearing came a little more than two weeks after Mr. Mueller wrapped up a 22-month-long probe into whether members of Mr. Trump’s campaign colluded with Russia during the White House race and if he obstructed official inquiries into the matter.

The impending release of the 400-page report is expected to shed light on some of the more contentious episodes of Mr. Trump’s election bid and presidency, including his firing of FBI head James Comey in 2017 and his campaign’s contacts with Russians.

The investigation, which Mr. Trump has repeatedly called a witch hunt, ensnared 34 people and three companies, including some members of Mr. Trump’s inner circle such as his former campaign chairman Paul Manafort and former national-security adviser Michael Flynn.

In a March 24 letter to Congress, Mr. Barr said Mr. Mueller’s investigation did not establish that members of Mr. Trump’s election campaign conspired with Russia. He also said that Mr. Mueller presented evidence “on both sides” about whether Mr. Trump obstructed justice, but he did not draw a conclusion one way or the other.

Mr. Barr said he reviewed Mr. Mueller’s evidence and made his own determination that Mr. Trump should not face obstruction charges.

The lack of details in Mr. Barr’s letter, his decision not to charge Mr. Trump and his refusal to release the report in full without redactions has angered Democrats, who fear he may be sugar-coating Mr. Mueller’s findings.

Mr. Barr gave no indication of how much of the report will be obscured, but said he was working with Mr. Mueller on restricting details about secret grand jury information, U.S. intelligence gathering and continuing criminal cases, as well as potentially damaging information about peripheral players who were not charged in the Russia probe.

To be transparent about what would be redacted, he told lawmakers he intends to “colour code the excisions from the report” and provide “explanatory notes describing the basis for each redaction.”

Mr. Barr left open the possibility that some members of Congress would be allowed to review secret information from the report in a safe setting.

Democrats repeatedly criticized Mr. Barr for his handling of the report, including taking it upon himself in the letter to decide that Mr. Trump should not be charged with obstruction of justice.

Nita Lowey, chairwoman of the House Appropriations Committee, said Mr. Barr’s letter summarizing the Mueller report appears to “cherry-pick from the report to draw the most favourable conclusion possible for the President.”

“In many ways, your letter raises more questions than it answers,” she added.

The New York Times and The Washington Post reported last week that some investigators on Mr. Mueller’s team were unhappy with the way Mr. Barr described their findings. The reports said that some of the evidence against Mr. Trump was more damning than Mr. Barr’s letter indicated.

Mr. Barr said he did not have insight into why some members on Mr. Mueller’s team were upset. “I suspect that they probably wanted more put out,” he said.

Mr. Barr said he did not offer to let Mr. Mueller help draft his four-page March 24 letter to Congress on the conclusions of the special counsel’s investigation. Asked why, the Attorney-General said, “Because it was my letter.”

He said the White House did not review the letter to Congress laying out Mr. Mueller’s findings before he sent it.

Last week, Democrats on the House Judiciary Committee prepared subpoenas they plan to issue to the Justice Department if Mr. Barr does not agree to release the report in full. 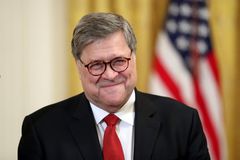 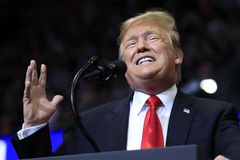 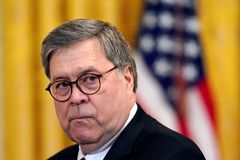