For all the tumult, travail and transformation that Donald Trump has wreaked on American politics in the last 25 months, his presidency and his legacy may be defined by the momentous week ahead.

In the remaining days of February, Mr. Trump’s outreach with nuclear-armed North Korea and his economic combat with China could be resolved, even as the fate of his border wall and the Russia investigation – the latter holding the possibility of the fourth effort in American history to remove a president – hang in the balance.

This crowded hour in history has far more than 22 minutes, and there is nothing comic about it.

Perhaps not since Richard Nixon – a pioneer in Cold War red-baiting who became the chief postwar conciliator with the Soviet Union and China even as his presidency was destroyed by Watergate – has a U.S. president been involved in such disparate endeavours with such potential political and legal danger. To this day, through several waves of revisionism, the Nixon historical legacy is the subject of scholars’ fervent, emotional and ultimately unresolved debate.

And perhaps not since October, 1962 – when the Second Vatican Council, the China-India war and the Cuban Missile Crisis all developed in an epoch-making week that included the fury of Typhoon Freda’s arrival in Victoria – has so much of consequence, in so many separate theatres of upheaval, occurred in a compressed period of great possibility and grave portent.

If it were not for the challenge to his border wall and the investigation of the ties between Russia and the Trump campaign and administration – the report being compiled by special prosecutor Robert Mueller could be released at any moment – this could be a week of great potential for the President.

If Mr. Trump persuades North Korean leader Kim Jong-un in Vietnam to abandon his nuclear-weapons program, he will have achieved what his presidential predecessors failed to accomplish, and will transform a breathless week into one in which the world takes a breath of relief.

If he and his trade representatives, in difficult negotiations with Beijing, reach an agreement on tariffs – the 10-per-cent duties on US$200-billion in Chinese imports otherwise would leap to 25 per cent Saturday – Mr. Trump may achieve his goal of overhauling trade relations with his country’s Asian economic rival and set the stage for changing the course of the 5G technological arms race against China.

Mr. Trump over the weekend indicated he was open to extending the negotiations if an agreement were imminent. Either way, this is, as Frederick Kempe – president of the Atlantic Council, a Washington-based foreign-policy think tank and public-policy group – put it, “the most significant test yet for the Trump administration’s shift in China policy to strategic competition from strategic engagement.”

Against the backdrop of all this are turbulent domestic events that challenge the theses, and perhaps the destiny, of the Trump presidency.

Nancy Pelosi, the Speaker of the House of Representatives, indicated that lawmakers will take their first vote Tuesday to block Mr. Trump’s declaration of an emergency on border security, an effort by Democrats and some Republicans to prevent the President from using federal funds without congressional approval to build a wall on the Mexican border – an effort Ms. Pelosi last week described as “lawless.”

This is a conflict with both immediate political and long-term constitutional consequences, as even some of Mr. Trump’s customary allies are chary of extending presidential power in defiance of congressional prerogatives. Under the Constitution, spending authority specifically rests in Congress, with money bills originating in the House alone.

The Pelosi initiative almost certainly will pass the House by a large margin and then, according to U.S. law, the Senate – which under rules designed to thwart impulsive action ordinarily would have the potential of smothering the measure in bluster and filibuster – must vote on the bill within 18 days; there is a better-than-even chance it will be approved by the Senate, which is under Republican control.

Even so, the measure is subject to presidential veto. “On the wall?” Mr. Trump asked reporters at week’s end. “Will I veto it? One-hundred per cent. And I don’t think it survives the veto.”

He is almost certainly right. Congress can override a presidential veto only by the vote of two-thirds of both houses, which is almost inconceivable in this case.

But that is not the only challenge Mr. Trump faces in Washington this week. The more dangerous one involves the Mueller report, which could be completed any day and delivered to Attorney-General William Barr. Then the chief legal officer must decide whether to produce an executive summary and, then, must decide its distribution – whether it goes to Congress, where it will almost certainly be leaked, or released directly to the public.

No one knows – no one can reliably conjecture – the nature or the contents of the report, or whether it exonerates, merely implicates or virtually indicts the President, his family and close advisers. But in a capital where secrets seldom remain secreted away, both the confidentiality and the consequences of Mueller’s probe are extraordinary – and extraordinarily dangerous for Mr. Trump.

Indeed, the stakes for the President in separate events in Washington, Hanoi and Beijing could not be higher. They will shape the weeks, months and years ahead in domestic, diplomatic and economic affairs. They will affect events on continents, in court, in Congress and in the office suites of commerce. Scores of full-length books and dozens of PhD theses will be written on separate elements unfolding this week. The implications run from disgrace and impeachment to glory and the Nobel Peace Prize – and perhaps even to the future of 5G technology.

But the Nixon comparison is illustrative. He is celebrated for the outreach to Beijing and Moscow. But no account of his life omits, in a place of prominence, that he resigned the presidency in disgrace. That is one piece of history Mr. Trump surely knows. 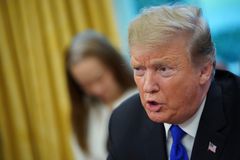 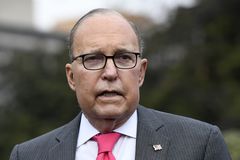 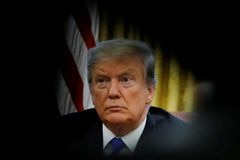