‘I'm just interested in creating a channel over which emotion can travel,’ says the Montreal-born musician

For many musicians, a chosen instrument becomes tantamount to identity — a permanent preface to their name.

“When you see a Hendrix or a du Pré, imagine how Paganini and Liszt must have played, or witness any player at the height of their powers, it's impossible to separate the musician from the violin, piano, or electric guitar,” Tom Service writers in The Guardian. “It’s a relationship as close, as sensual, and as complex as that between any human coupling of lovers, partners, or friends.”

But to Chilly Gonzales — a lifelong piano player who resists the appellation of “pianist” — the instrument is merely a vessel. He sees the piano as no more or less meaningful a device than the drums or a violin or a pair of spoons clacking against a knee.

"I don't think the human ear wants to create emotional monochrome," says the musician in an exclusive interview with The Globe and Mail. Instead, he says, humans are drawn to a mix of emotions and stories which reflect the complexities of our lives.

JAMES RAMLAL / THE GLOBE AND MAIL

“Highly trained classical musicians often place a premium on technical ability and virtuosity, which quite often works against emotion and is a product of a very old-fashioned view of elitism,” says Gonzales, who was born in Montreal as Jason Charles Beck and now lives in Cologne. “I feel like the voice is much more democratic... We've all sung songs.”

Gonzales has been summoned by the likes of Jarvis Cocker, Drake and Daft Punk — with whom he won a Grammy for 2013’s Random Access Memories ¬— as well as Ibeyi and close collaborator Feist. His 2012 album, Solo Piano II, was long-listed for the Polaris Music Prize. He holds the world record for the longest solo-artist performance, a designation he earned by playing over 200 piano songs over the course of 27 hours, 3 minutes and 44 seconds. He was recently named an Honorary Fellow of the Royal Conservatory of Music.

Like a classic novel or film, musical storytelling has always been about "tension and resolution," says Chilly Gonzales in this exclusive with The Globe and Mail. "You want to create the kind of chords that seem unstable and then finally give the payoff to the listener in returning to stability." But as we move into 2020, the famous musician argues the ‘happy ending' scenario no longer applies.

JAMES RAMLAL / THE GLOBE AND MAIL

His accolades, owing much to the piano, are many. And yet he insists that it’s not the instrument that’s interesting — it’s the intention.

“With instrumental music, you have a lot of margin to change how you play something,” Gonzales explains. “The composition isn't the only thing that determines it. It's how you play it. It's what you put into it. It's your body language. It's the tempo.”

He says that if a song is considered melancholic, “there might be a way that I can squeeze some positive energy out of it to make it bittersweet or nostalgic or maybe a remembrance of a sadness that I've gotten over.”

He adds: “There are ways to complicate the emotion so that it fits where you're at and becomes an authentic interpretation.”

In an era ruled by algorithmically curated playlists, it wouldn’t be entirely skeptical to wonder if changing a song’s keys isn’t a little beguiling, perhaps manipulative. But songs have the potential to evolve over time, Gonzales says. 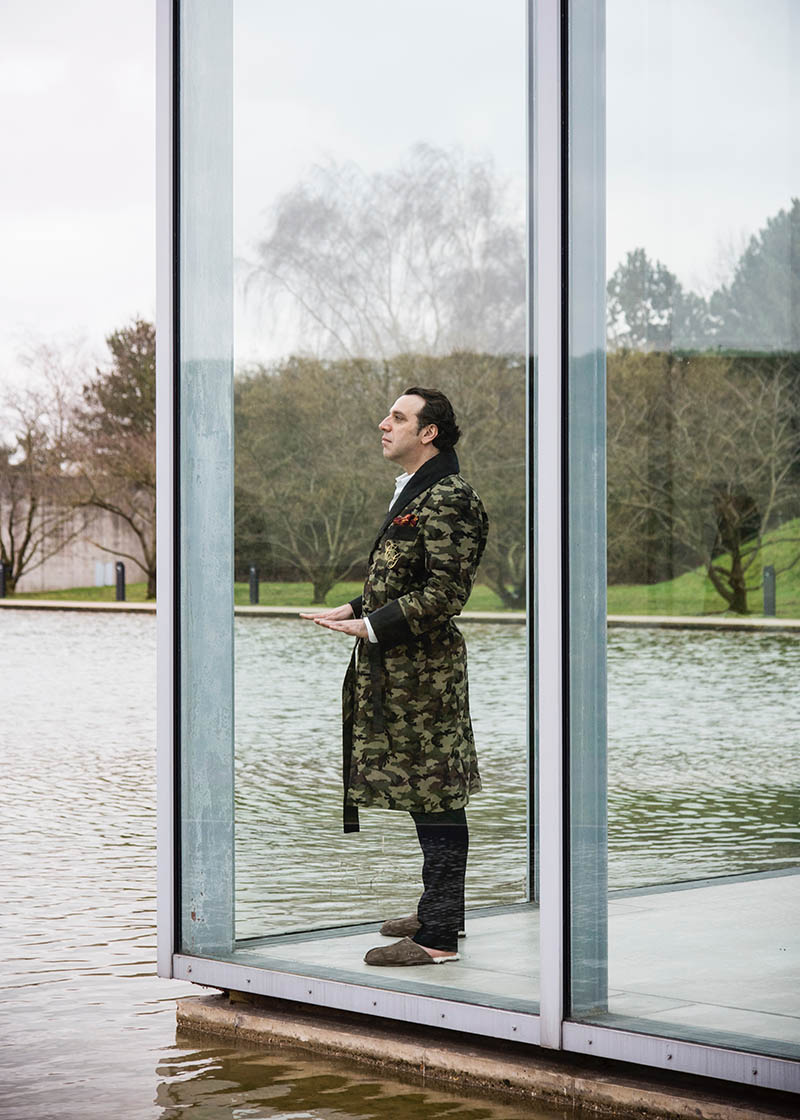 For renowned musician Chilly Gonzales, the meaning of songs can shapeshift, especially when reworked for live audiences. “I'll go into the sadness of a show if that's what the people need,” he says.

To him, their meanings can shapeshift, especially when reworked for live settings. During concerts, Gonzales devises the setlist as he goes, adjusting according to audience energy.

“I'll go into the sadness of a show if that's what the people need,” he says.

“You have to read the room and make sure that you're creating a moment [the audience] knows will not be repeated. It’s very cynical to think that you can do the same show for every audience, and it's a missed opportunity to ignore what's happening in the room.”

Put another way, “You want to become one with the audience,” he says. “And therefore, their needs become yours.”

In 2018, Gonzales launched The Gonzervatory, a school of music hosted annually in Europe, “where freedom and fun coexist with discipline and reverence.”

While he says his experience with musical institutions has been complicated, facilitating a school of his own provides an opportunity for musicians to nurture their creative processes while thoughtfully considering audience psychology.

“The wisdom of centuries of musicians is worth investigating and worth trying to absorb,” Gonzales says of formal music education. “But there are also moments where it doesn't feel right for me. I really reject certain rules.”

Students of The Gonzervatory have different musical backgrounds and levels of expertise, on purpose.

“I don't want to create a bunch of clones of my method,” Gonzales says. “I'm not trying to teach them how to do what I do.”

So, what is it that Chilly Gonzales — a deeply studied, award-winning composer who performs in illustrious venues wearing slippers and a robe — does, in essence?

“It can be with one person or two thousand people,” he says. “I'm just interested in creating a channel over which emotion can travel.”