Off the beaten path

Where to find Indigenous food, art and storytelling in Edmonton

Though he’s a chef first and foremost, Iserhoff also sees himself as a storyteller, taking inspiration for his cooking from the natural land, life and seasons surrounding him. His catering company, named for the word “robin” in Omushkegowin, serves up contemporary Indigenous cuisine using both traditional and post-colonial ingredients and a combination of indoor and outdoor cooking techniques.

He grew up in South Porcupine, and spent early years in Attawapiskat First Nation and Moose River in North Ontario. But after living in Toronto for 10 years, Iserhoff and his wife, Svitlana Kravchuk, were feeling burnt out and in need of a change of pace. It was on a trip visiting friends that they fell in love with the green spaces around Edmonton and made plans to move out west temporarily. Six years later, the pair feels their Alberta roots run deep.

“We love the amazing, creative, supportive and active community that we have become a part of,” Iserhoff says.

A city still growing into itself, Edmonton doesn’t yet attract the swell of tourist traps found in larger meccas. Instead, Alberta’s capital is home to a breadth of authentic, off-the-beaten-path experiences fit for deep cultural exploration. For a culinary whiz like Iserhoff with an acute understanding of Canada’s food landscape, it couldn’t be a better place to work.

“My favourite thing about Edmonton is the community, and also just the amount of greenery there is,” he says. “I ride my bike a lot and I bike to the river valley. You’re in the city, and then next thing you know, you're in a forest. It's unique.”

In his years as a chef in Edmonton, Iserhoff has become deeply attuned to all that the city and its surrounding landscape have to offer. It’s an ideal retreat for anyone interested in food – and there are a few destinations that hold a special place in Iserhoff’s heart.

On his days off, Iserhoff lays down a blanket and lunches in Elk Island National Park 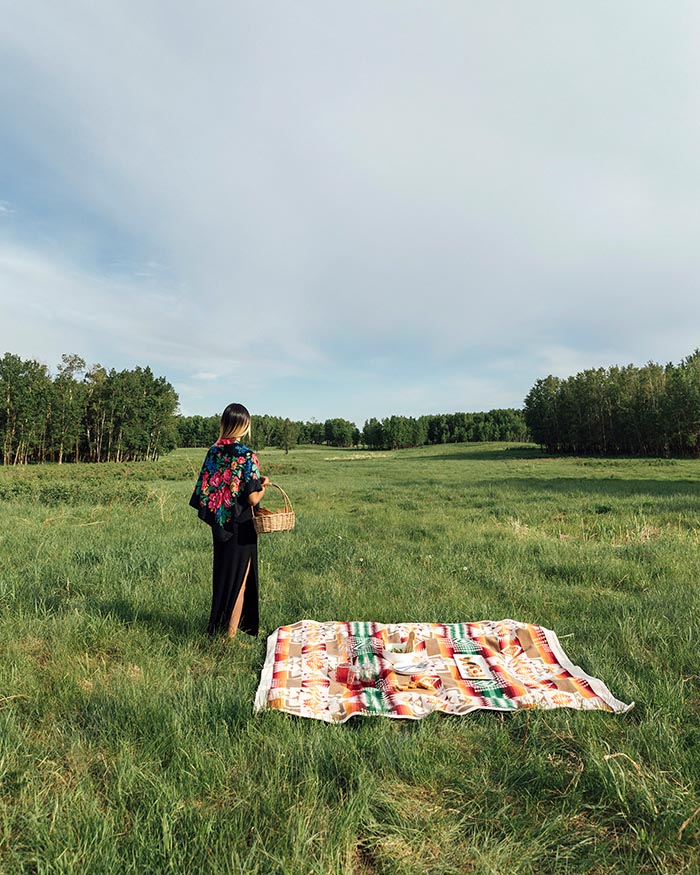 Iserhoff and Kravchuk often go picnicking in Elk Island National Park – it's a lovely way to intertwine food and nature, the pair say. 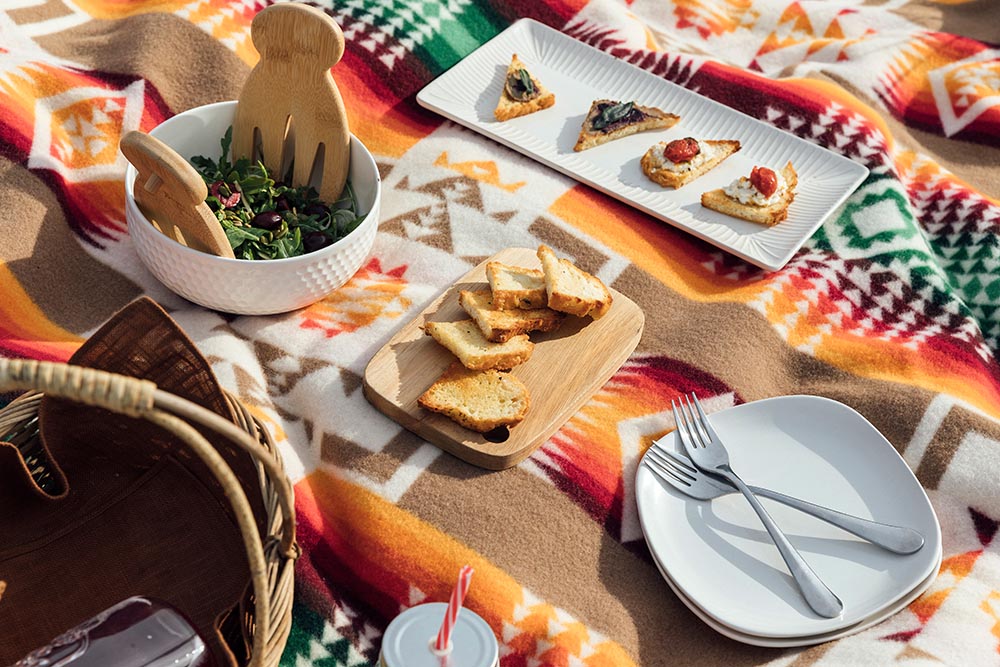 Among the dishes from Pei Pei Chei Ow featured here are bannock crostini and foraged salad made with greens that grow in and around Edmonton. The crostini combine Indigenous berries with chicken liver spread – it is important to respect all parts of the animal, and this dish allows you to try liver in a new way – or roasted cherry tomatoes, which are actually Indigenous plants from the south that made their way to Europe through colonization.

When he isn’t spending the day in the kitchen, Iserhoff will bring bikes over to Elk Island National Park, just 35 minutes outside of Edmonton by car. The park is home to elk and more than 250 species of birds, but it’s most famous for its bison conservation, home to over 700 of them. For a foodie, it’s an excellent spot to set up a picnic.

“It's a really cool experience just to see bison wandering,” Iserhoff says. “My wife and I went bike riding here recently because they have a lot of trails, and we came across a herd of bison, so we had to stop. There's baby bison, there's adult bison, there's teenage bison. And you don't have the choice to just bike through, you've got to respect them.”

When the sun goes down, there’s another spectacular sight to behold: Elk Island National Park is one of the world’s largest dark sky preserves, offering sweeping views of a star-filled sky without any light pollution. To round out this magical experience, the northern lights might also appear, dancing across the sky in dazzling shades of green.

Once COVID-19 restrictions allow, Iserhoff’s company, Pei Pei Chei Ow, will host curated dinners in Elk Island where you can take in all these beautiful sights accompanied by Indigenous food and storytelling. Iserhoff roasts juicy duck glazed in wild blueberry sauce over an open fire with Three Sisters Salad – an Indigenous dish made with corn, beans and squash.

Should you make your way to the Edmonton Downtown Farmers’ Market on a sunny Saturday morning, you might find Iserhoff tabling with the Indigenous Artisan Market collective, selling jams and bannock mixes.

The location and the name may have changed over time, but this farmers’ market has been an Edmonton institution for decades, with roots dating back to 1903. Today, it’s a hub for local artisans and vendors with offerings running the gamut. From kombucha and organic wine to tacos, meat pies and sweet treats, you’ll find all the diverse flavours of Edmonton here.

“Right now, there's a large group of Indigenous artisans,” Iserhoff says of the market’s offerings. “You have over 50 artists and they're all rotating each week. Every week you go, there's going to be a new artist featuring their type of beadwork or craftsmanship.

“Then, you have your local farmers selling their produce,” Iserhoff continues. “And the produce is top-notch: beautiful tomatoes in the summer, for example, and there are a lot of people that sell foraged items too, like wild mushrooms and Labrador tea. It’s amazing.” 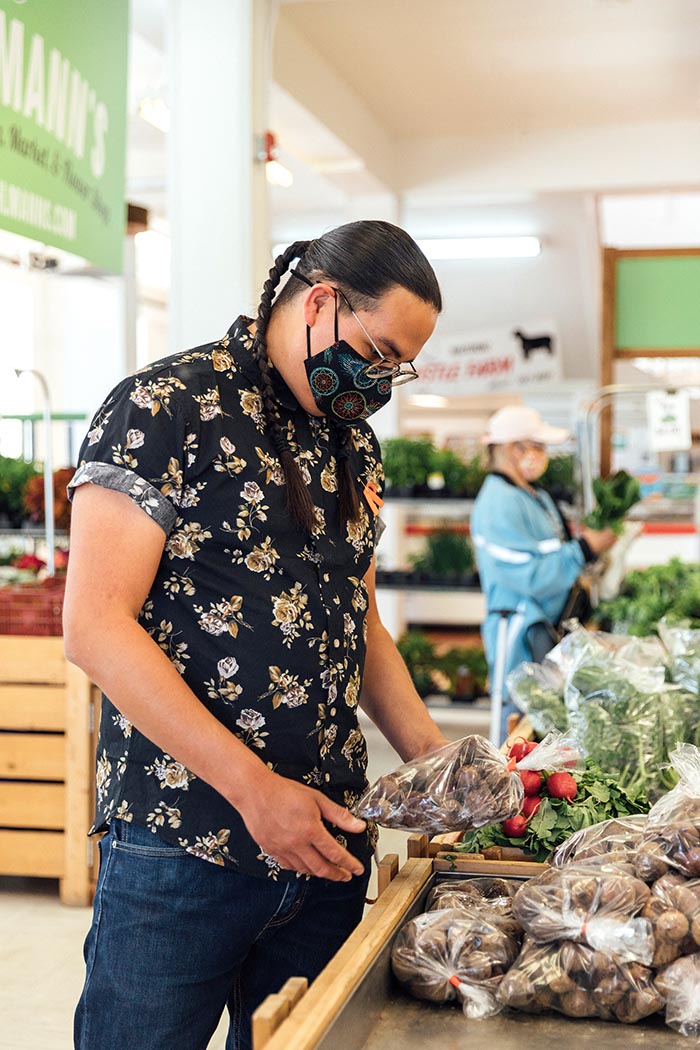 Iserhoff examines the goods of a local purveyor at the Edmonton Downtown Farmers’ Market. 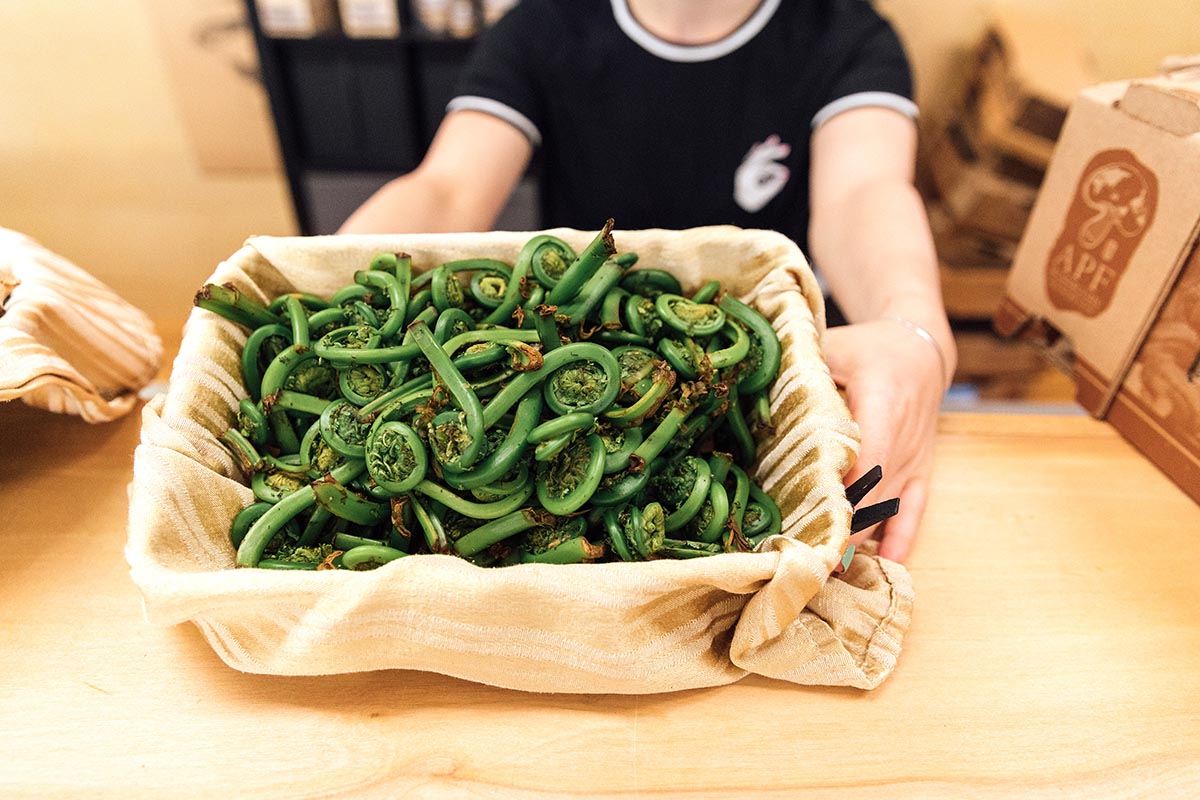 A vendor at the Edmonton Downtown Farmers’ Market offers a basket of fiddleheads, a locally sourced vegetable only available for a short season.

The produce is top-notch: beautiful tomatoes in the summer, for example, and there are a lot of people that sell foraged items too, like wild mushrooms and Labrador tea. 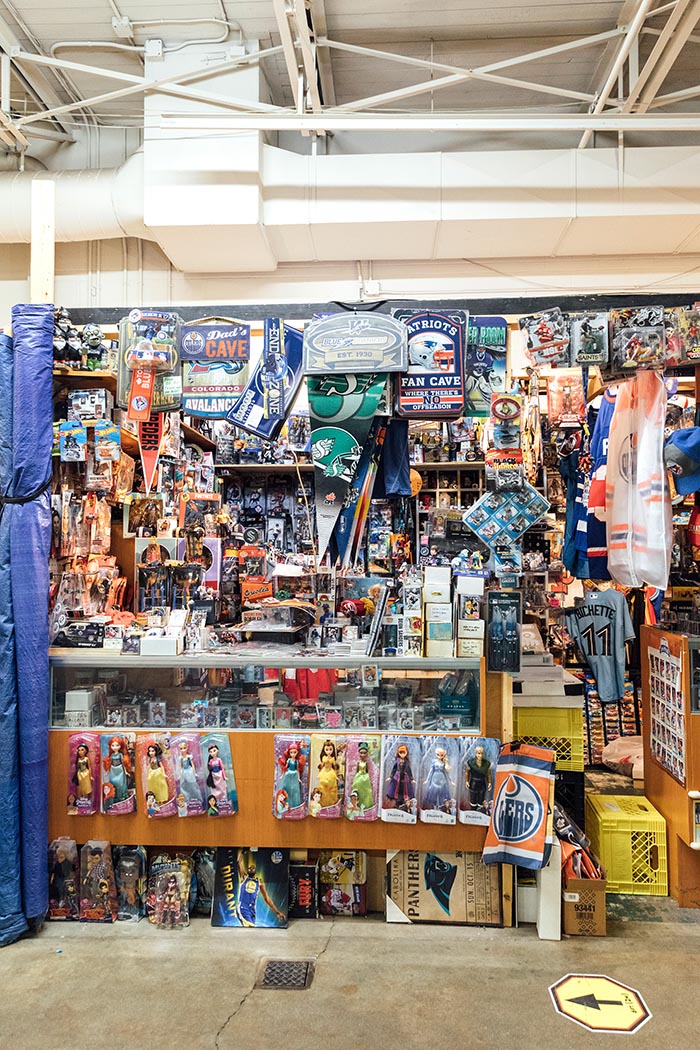 One booth at the Super Flea Market caters to Edmonton Oilers superfans with all sorts of paraphernalia for the hockey team. 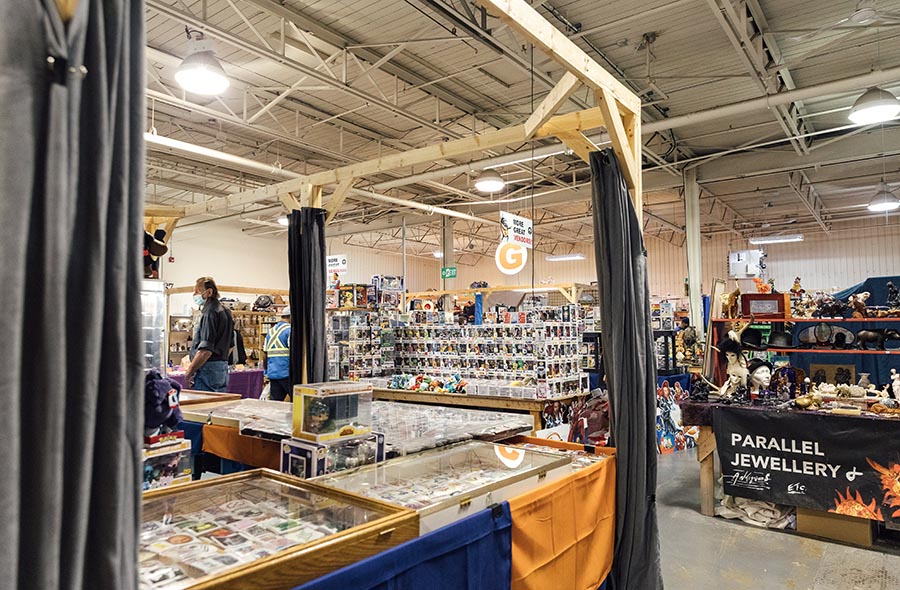 This flea market is a destination for tourists, local collectors and young families alike, with all kinds of different goods for sale.

If he’s not manning the table at the farmers’ market, Iserhoff loves to spend his Sunday afternoons perusing artisans’ goods at the Super Flea Market.

Housing over 200 vendors in 42,000 square feet, this market is yet another locale where visitors can tuck into food and art, along with trinkets, treasures and antiques.

“You'll always see something different every week you go,” Iserhoff says. “People are always bringing in new products and food offerings, from Asia to South America and beyond.”

A new addition to the market is the renowned Cree Coffee Company. “This coffee is some of the best coffee I've had,” Iserhoff says.

Owner Dylan Tootoosis, of the Poundmaker Cree Nation in Saskatchewan, sources his beans from Indigenous communities in South America. “He has four different blends, and each blend represents a piece of the medicine wheel,” Iserhoff says. “I think that's really cool how he incorporates Indigenous knowledge into coffee.”

When he wants to indulge, Iserhoff does fine dining at Bündok

After a day spent exploring the rich culture of Edmonton, Bündok is the place to settle in for a show-stopping meal. Recently reopened after a break to honour COVID-19 restrictions, this fine-dining spot is known for its characteristic fresh, seasonal ingredients – which once earned it a spot on the list of Canada’s 100 Best Restaurants.

“Bündok is hands down one of our favourite restaurants. It's just the atmosphere, the vibes,” Iserhoff says.

“The food is so fresh, and I love how they do their salads and how they treat their vegetables,” Iserhoff says. Though Bündok's menu is seasonal and ever-changing, Iserhoff has in the past enjoyed its three-pea salad – made with pea shoots, fresh peas and garbanzo beans – and its roasted cauliflower, which is crispy, buttery and served with crème fraiche and fried capers.

“And the gnocchi dish they do is unforgettable,” Iserhoff adds. “It's all really good food. The people who work there are very passionate about the food they do.”

It's an underdog city. There's just always something new to discover. 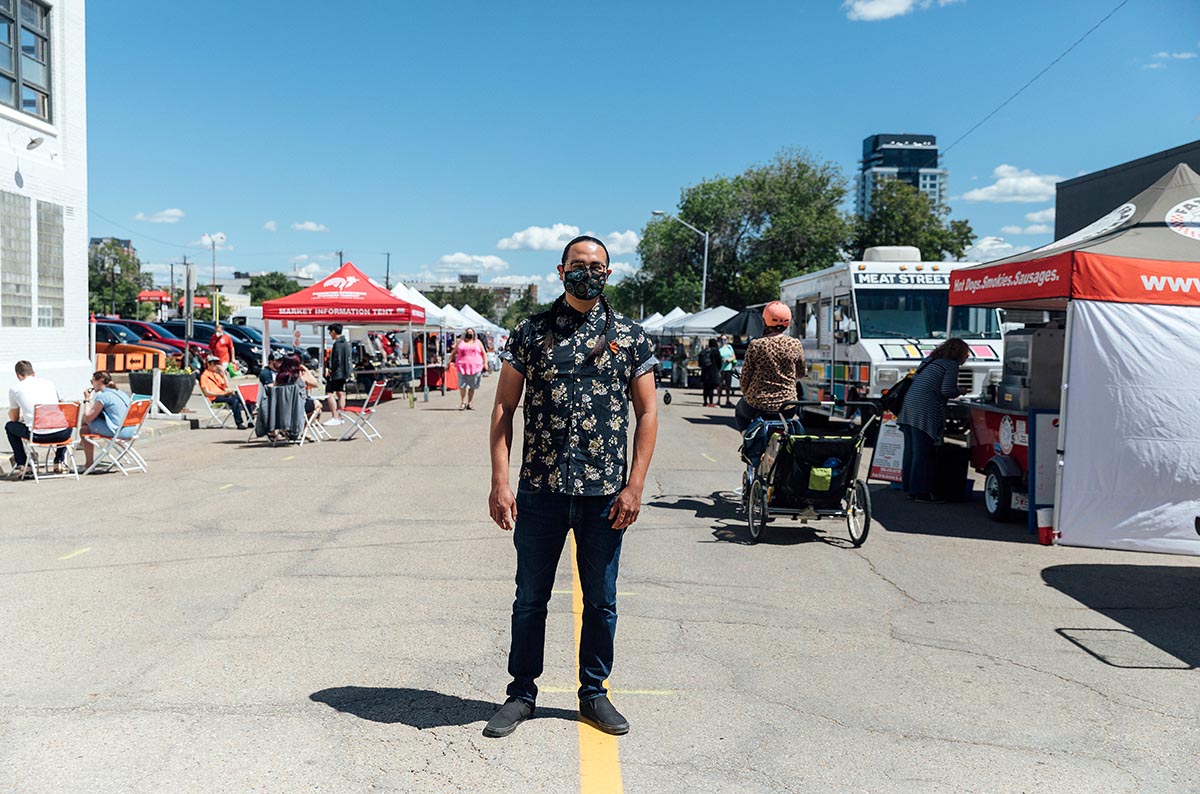 Iserhoff is eager for visitors to discover everything Edmonton has to offer. 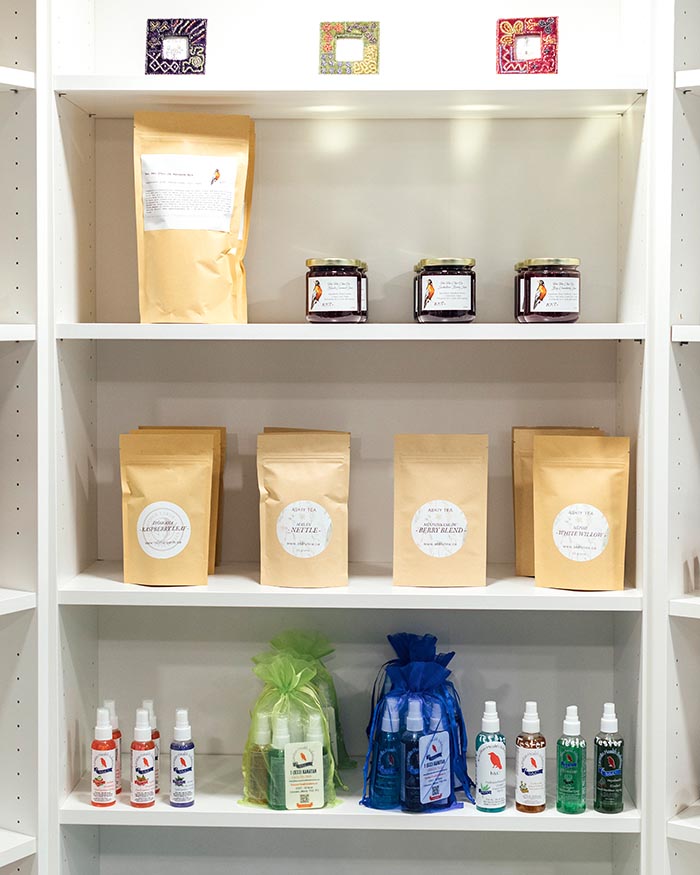 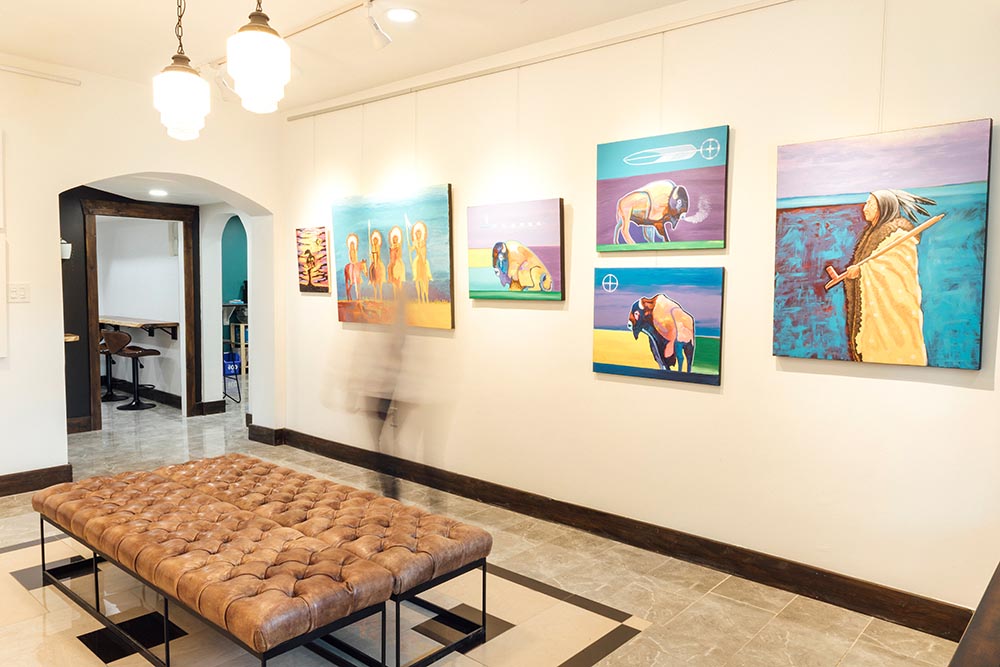 A new exhibition, Walks With Buffalo by Terence McGilvery of Saddle Lake Cree Nation, will be on display until July 31, 2021. The exhibition features 15 acrylic paintings.

And a weekend filled with Indigenous food, art and storytelling would not be complete without a visit to Edmonton’s newly opened Whiskeyjack Art House.

The art gallery and boutique supports Indigenous arts, artisans and cultural experiences through its enthralling exhibitions. Visit the shop to purchase preserves and household items, and on special occasions starting in August, to engage in unique food experiences hosted by Pei Pei Chei Ow.

“We do Indigenous-style finger foods to start off. You come in and have some Indigenous tea from Mother Earth Essentials – think wild mint and Labrador tea and raspberry leaf,” Iserhoff says. “Then bannock, toasted like a crostini, with charred tomatoes in the summertime – because tomatoes are an Indigenous ingredient. They were here before the settlers came, and we really like to tell that story.”

Through this immersive cultural experience, visitors can take in the stunning art exhibits from local Indigenous artists while sampling Iserhoff’s delicious cuisine.

Between vast green spaces and authentic, diverse culinary experiences, Edmonton offers visitors a chance to immerse themselves in the city’s unique culture – one forkful at a time. After calling the city home for six years, Iserhoff still finds that Edmonton is full of surprises and new experiences just waiting to be had.

“It's an underdog city,” Iserhoff says. “People don't really think of Edmonton, but it's really enjoyable. There's just always something new to discover.”

There’s more of Alberta to explore.

Off the Beaten Path is a travel series dedicated to introducing Canadians to the Alberta you haven't seen before. We've partnered with local Albertans to create insider guides with unique destinations and experiences across the province, while prioritizing slow, meaningful travel every step of the way. 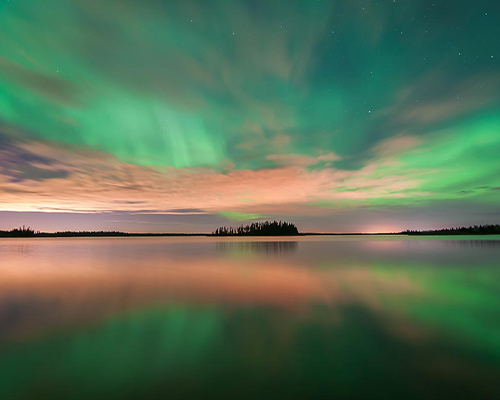 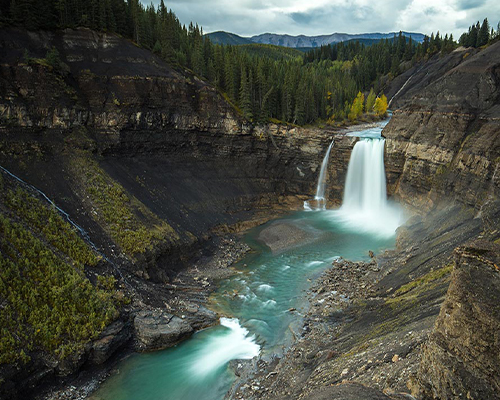 This content was produced by The Globe and Mail’s Globe Content Studio on behalf of Travel Alberta. The Globe’s editorial department was not involved.