There’s been a plenitude of obituary notices for painting, especially in the past 35 years, but Canada’s Royal Bank seems to believe that the reports of its death have been greatly exaggerated. Proof? On Tuesday, the bank’s foundation announced the 15 finalists for the 18th annual RBC Canadian Painting Competition, culled from an impressive total of 568 submissions.

Selected by a nine-member jury organized by the Canadian Art Foundation, the 15 finalists – 10 women, five men – are vying for $85,000 in prize money, to be awarded Sept. 20 at a ceremony at Toronto’s Power Plant Contemporary Art Gallery. The winner receives $25,000 while each of the two runners-up gets $15,000. The remaining 12 finalists go home with $2,500 each. The top three paintings eventually will become part of RBC’s corporate art collection.

The award, since its start in 1999, has sought to honour and support artists “in the early stages of their careers.” As a result, the finalists almost invariably have been in their late 20s to mid 30s.

The following are paintings by three of the finalists: 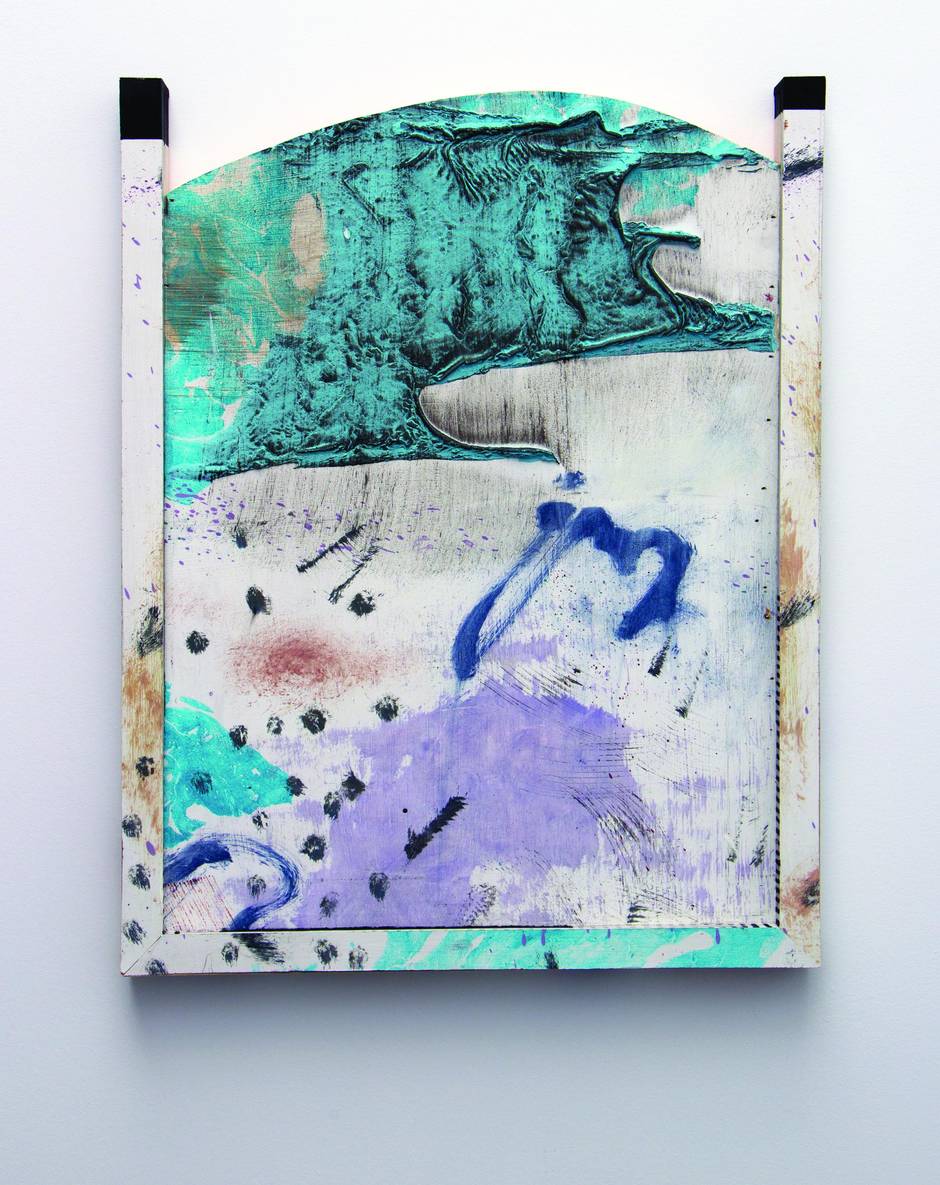 Born in Hong Kong; educated at the University of Guelph; member of the seven-person art collective vsvsvs.

“Painting is part of my everyday experience of life; it allows me to compress banal and ordinary events into lavish visual experiences with a sense of purpose. There was a … time when the direction of my work was uncertain: I spent the time sitting and blankly staring at the walls of my studio, starting to notice that these walls held more interest to me than the paintings I was working on. The marks on the wall, like parasites, took over my studio, hijacking my intention … forcing their way into my paintings.” 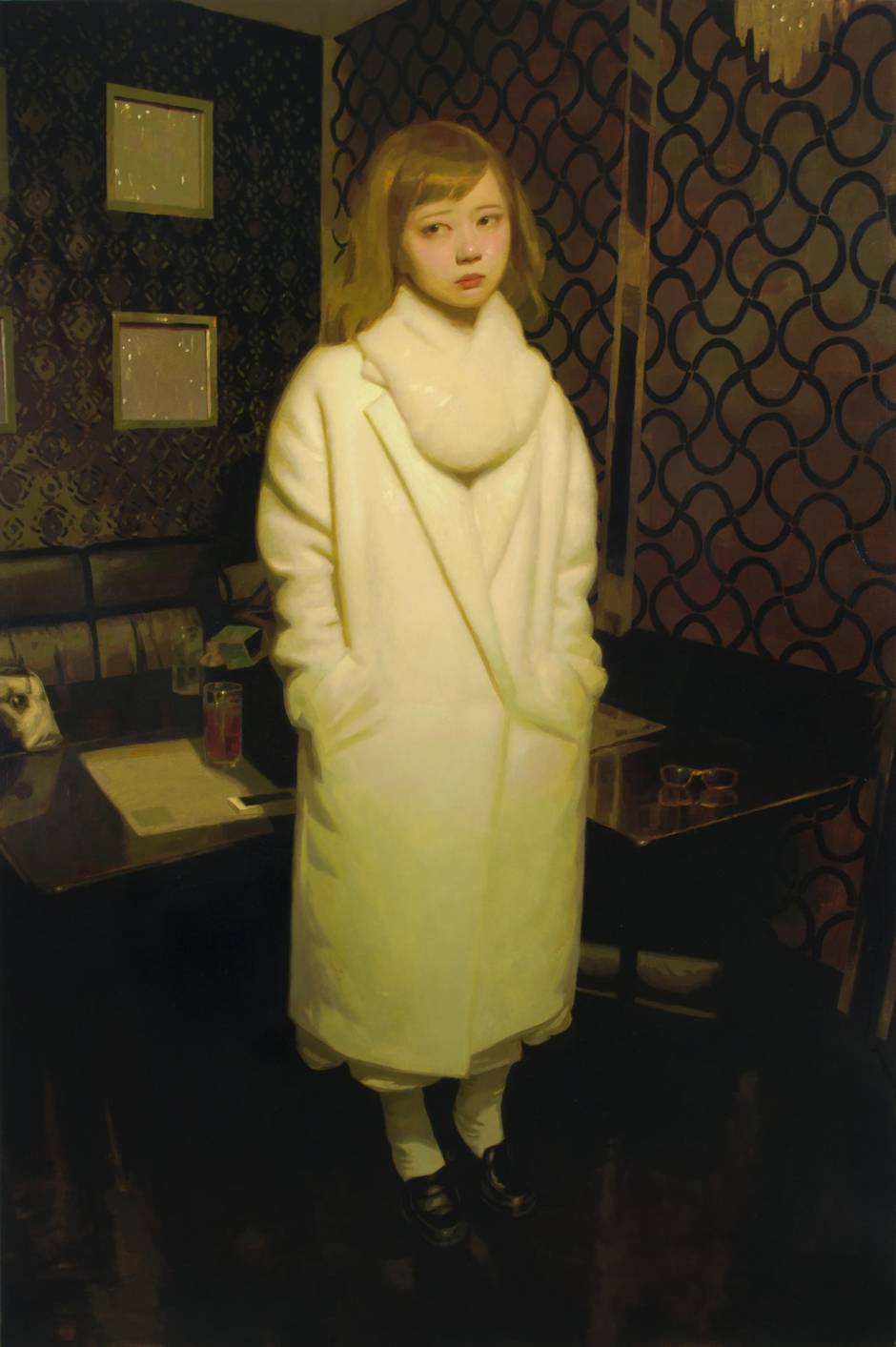 Born in Osaka; educated at Ontario College of Art and Design University, Toronto.

“This body of work depicts several of my peers as well as myself in various contexts loosely based on historical paintings from the Dutch Golden Age to Romanticism. There are strong ideological connections between the hedonism of Greek myths, Romantic/Rococo depiction of aristocratic outings, and the pleasure-oriented lifestyle of today’s youth.” 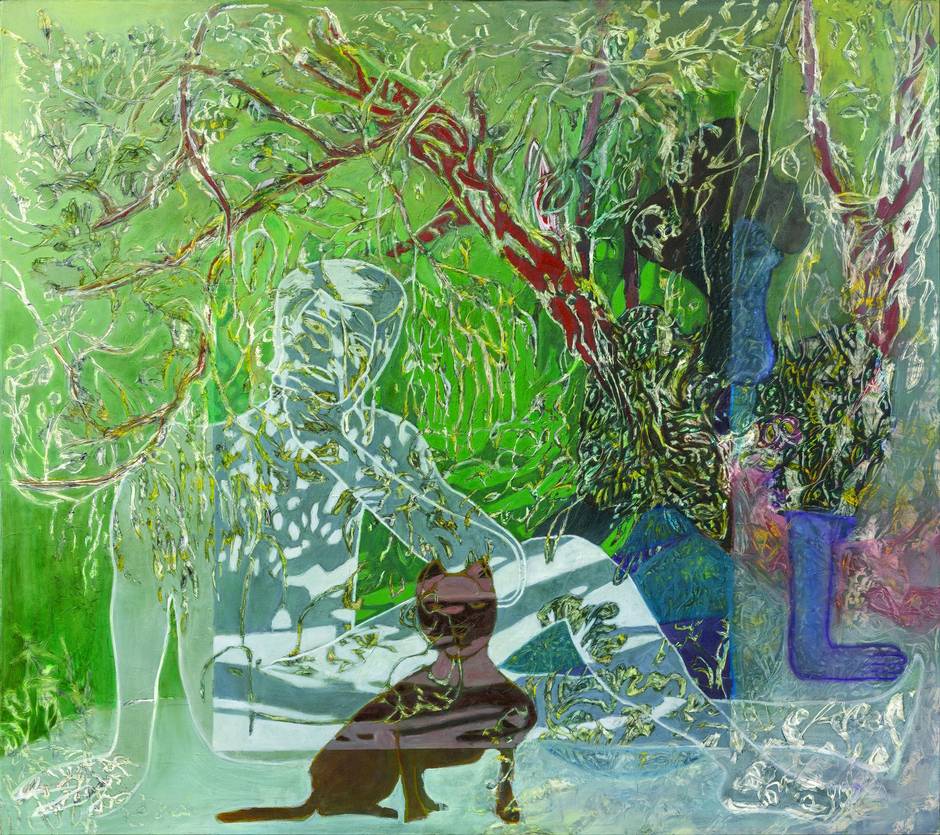 “I believe painting remains one of the most rich and sophisticated forms of communication. A finished painting can flatten and frame months of meditation and resolve … I work on the frontier of expanded painting. This means that a riot of possible techniques and subjects are considered when working on a single piece. Similarly to an Abstract Expressionist, I practice a continuous reflexivity, layering and determining compositions through the creative process …” 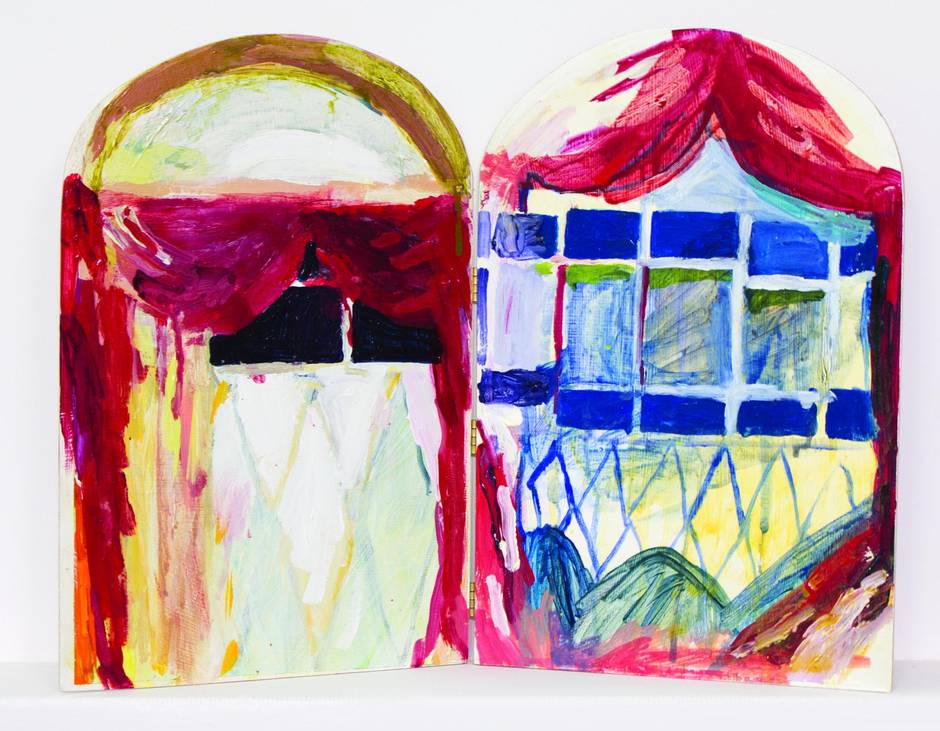 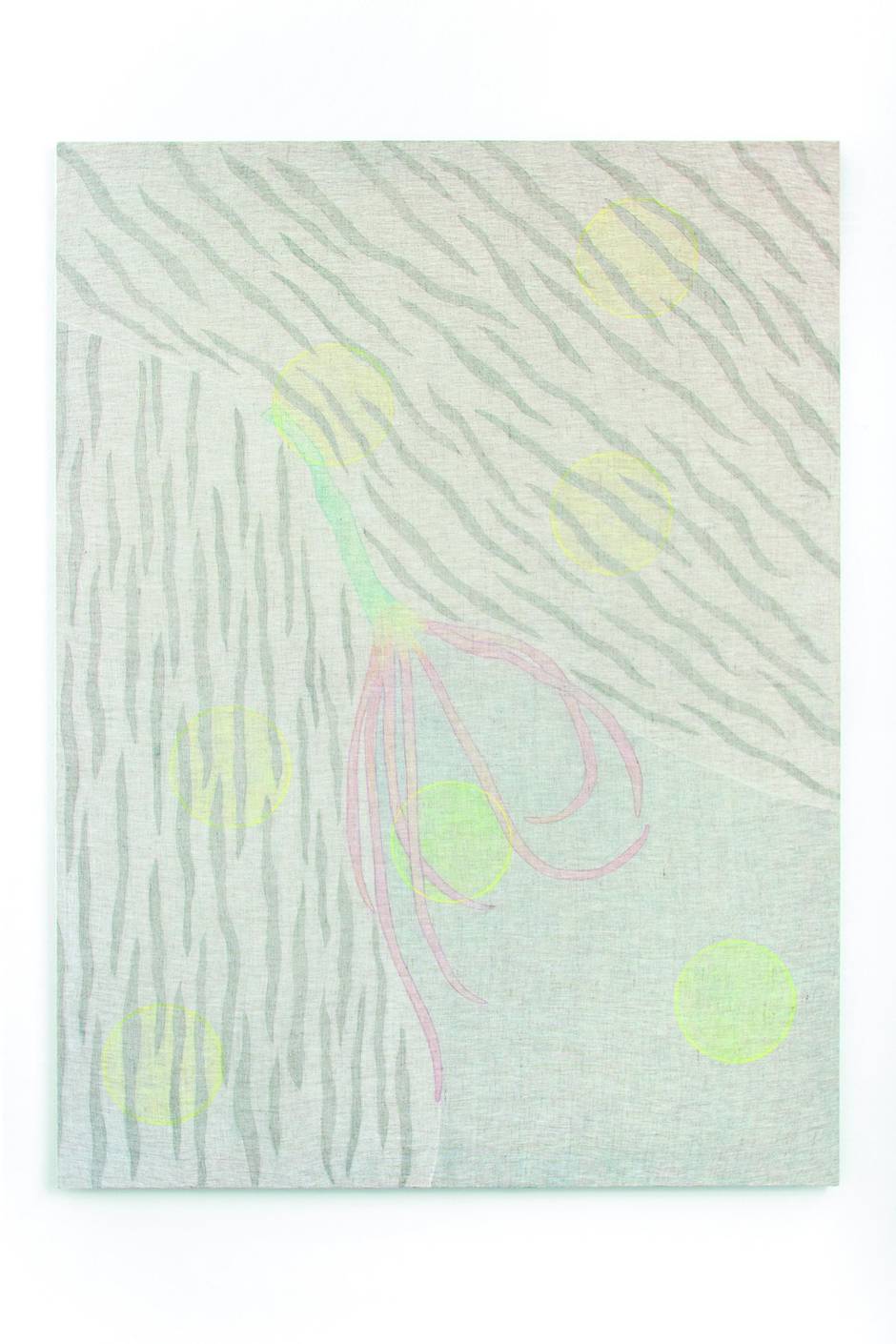 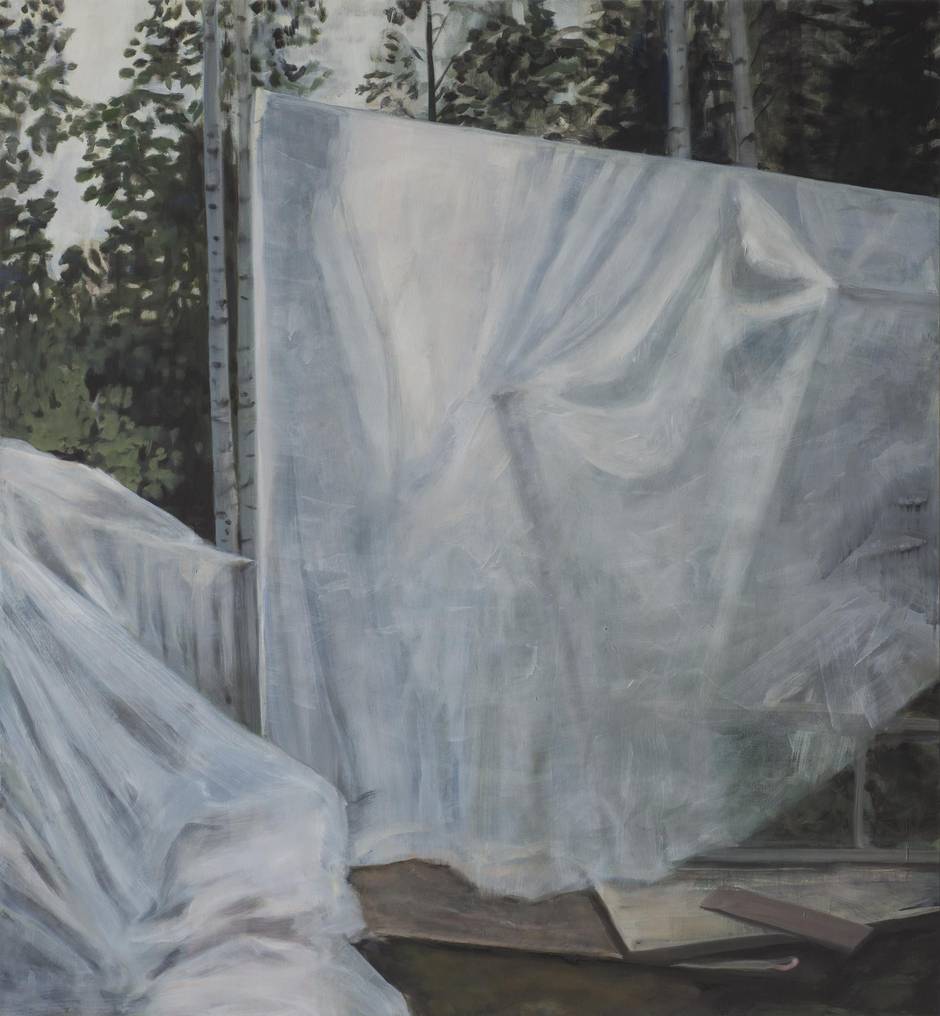