Ice is inscrutable. Whether it's crystals frozen on a winter window or the hulking presence of an iceberg off the coast of Labrador, ice offers none of the solace associated with its fluid form; the ocean can embrace you, but kiss an ice cube and you risk tearing skin from your lips.

Especially faced with climate change, when the polar regions are our most urgent barometers of warming, we look to the ice for answers. But it remains silent, distant, resistant to language – threatening – as we try to reckon with it.

Détente with ice is what novelist Jean McNeil is after in her new memoir, Ice Diaries. Oriented at first glance toward the pole of climate-change literature, it's less a reflection on climate science or our cultural dance with the rising seas than it is a personal settling of accounts with Antarctica where, in 2005-06, McNeil spent four months as a writer-in-residence with the British Antarctic Survey.

The journey haunted her. But McNeil is the haunted type to begin with. Her Antarctic narrative is fissured and faceted, intercut with memories of her late teenhood in unnamed hells of Nova Scotia, where murderers and estranged fathers are on the loose, and which she soon thereafter fled for her current home in Britain.

A lot of the book is spent wrestling with things that are distant and difficult to grasp, and with ungraspable-ness in itself. McNeil begins each chapter with a chunk of Antarctic terminology, setting guideposts through unfamiliar language. We learn that breccia is "ice of different stages, frozen together," and that a stamukha is "a single fragment of ice stranded on a shoal."

The sense of something just out of reach is echoed in both the book's story and form. Throughout her journey, McNeil drifts through a number of strange, temporary relationships, which get cut off abruptly and disappear into the whiteness. There is Max, the glaciologist, with whom McNeil develops an uneasy not-quite friendship. Or Tom, the pilot, who lets McNeil fly his Dash-8, and takes up residence in her dreams for years after.

Structurally, Ice Diaries fuses three modes. There are short diary entries written during McNeil's trip; larger chunks of Antarctic narrative that often also read like diaries; and the grim Maritime flashbacks, shady family members stumbling through them like drunken yeti, which never quite cohere into a clear narrative. The four months on the ice serve as a pivot point, a bridge between her memories of Canada and trips she took later in life to Arctic spots such as Greenland and Svalbard, which get passing mention here.

Frequently, McNeil points out how Antarctica is like no other place, how almost no one gets to go there, how it is nearly impossible to capture in words. "Sometimes," she writes, "life just has to be lived, not recorded, examined, re-framed in aesthetics and imaginary worlds." Or, more bluntly: "I will never be able to write about this place."

Still, the author of nine previous books can't help herself. She studies Antarctic literature, comparing albatrosses with Coleridge's mariner and mining the journals of explorers Robert Falcon Scott and Ernest Shackleton. These offer some insights, but also more vexation: McNeil quotes Shackleton (himself quoting a colleague) on "'the dearth of human words, the roughness of mortal speech' in trying to describe things intangible."

Stylistically, McNeil leans toward the ornate, the erudite, the wordy. Describing Max's scientific language, she veers in the opposite direction, writing of "the tart, measurable cant I would make my bedfellow in the Antarctic." Purplish prose such as this appears throughout the book, pointing again to her challenge in trying to conjure, with vocabulary, the vast blankness of the ice continent.

In many ways, Ice Diaries is a journal of frustration, and it's hard to say if that's a problem or a virtue. It channels its subject, moving glacially, offering little warmth, carrying with it a nameless dread. At times, I shuddered to go back to it, to spend more time with McNeil confronting voids within and without, fretting over her status as an imposter among scientists, having anxiety attacks and contemplating throwing herself into the sea while conjuring the existential horror of things alien, occult, ever-hidden.

The genre of memoir is necessarily intense, a coring and bringing into the light of all the hopes and wounds that reside in an individual soul. Reading Ice Diaries often brought to mind one of last year's finest books, also a memoir: Helen Macdonald's H Is for Hawk. Yet, with razor-beaked prose, Macdonald managed to turn a story about birds, grief and T. H. White into a soaring thrill with a huge emotional payoff. Ice Diaries groans and cracks, burns with hard solar light – but is cowed by something inaccessible, something impossible to know, which brings a steely chill to its pages, and makes it a heavy, unsettled thing.

J.R. McConvey is a Toronto-based writer.

Book Review
Know the Night: Author finds elegant parallels between lives of Antarctic explorers and her own
February 28, 2014 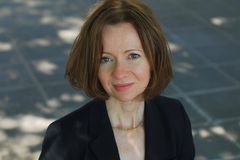 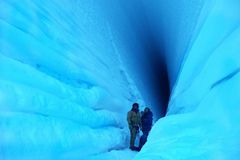 From Antarctica to the downtown east side, from the heart to the mind
February 26, 2010
Follow us on Twitter @globebooks Opens in a new window
Report an error Editorial code of conduct
Due to technical reasons, we have temporarily removed commenting from our articles. We hope to have this fixed soon. Thank you for your patience. If you are looking to give feedback on our new site, please send it along to feedback@globeandmail.com. If you want to write a letter to the editor, please forward to letters@globeandmail.com.
Comments