This past Tuesday, Jonathan Franzen's new novel was published. Depending on which of the hundreds of reviews of the book you read, it is the latest glory in the career of one of the greatest writers alive or a poisonous screed too angry to be enjoyed–or somewhere in between. It's divisive, to say the least. But is it worth your time? To help you decide, I offer this FAQ guide to Purity, the year's most loved and loathed book.

Purity is the fifth novel by Jonathan Franzen, the American writer most famous for his two previous books, The Corrections and Freedom, and for being featured on the cover of Time magazine with the headline "Great American Novelist," words I can assure you he did not write, but which have come to predetermine the way in which vast swaths of cultural commentators receive anything written or spoken by him. That, of course, is unfair, but it's also inevitable–the cost of an increasingly celebrity-driven literary culture in which deliberate and careful artistic expression is overtaken in the public consciousness not just by what we hear about how a given writer likes to spend their free time (in Franzen's case, birdwatching, worrying about climate change and complaining about technology), but by lazy narratives created via the endless repetition of irrelevant memes.

What is it about?

The novel focuses on a young California woman, Purity (Pip) Tyler, who grew up in a cabin in a Redwood forest with her reclusive mother. It's also about Andreas Wolf, who grew up in East Germany, and who goes on to establish The Sunlight Project, an activist group dedicated to exposing global corruption by leaking documents on the Internet. It's also about Leila Helou and Tom Aberant, journalists at the Denver Independent, a non-profit outfit founded by Tom with $20-million inherited from the billionaire family of his ex-wife, Anabel Laird. It's also about Anabel. Everyone's lives intersect in genuinely unexpected ways that are better off not being spoiled here. Near the end there's a notable dog named Choco whom you may have read about. He's been praised as one of the book's most finely drawn characters (it was not meant as a compliment) and he walks around with lemons in his mouth.

But what is it really about?

Depends who you ask. It's about modern anxiety! (True enough.) It's about secrets and lies! (What novel isn't?) It's about power! ("Power, power, power," Pip thinks as the book ends. "How could the world be organized around the struggle for a thing so lonely and oppressive in the having of it.") To me, as just one reader, it's about all of those things, but so much more–control, oppression, the inevitable corruption of social and belief systems, the relentless messiness of life. More than anything, though, it is an exploration of the consequences of disguising selfishness as altruism. Each character, each storyline, is a cautionary tale about the damage done by that everyday misrepresentation, the fundamental lie that allows us to transact the necessities of our existences while feeling good about who we are and how we function in the world. It's also a book about relationships, especially those between parents and children. Andreas's tortured involvement with his mother, Katya, runs throughout, and the novel opens with one of many conversations between Pip and her mother, a perfect X-ray of the hairline fractures of guilt and dependence that mark that connection. Purity is at its best when charting these complicated bonds, the endless deficiencies of empathy and understanding that result in our failures as parents and children–as people. (The novel also contains a few stretches of sublime satire of the literary world, mostly through the character of Charles Blenheim, Leila's husband, who complains about the "plague of literary Jonathans" that is dominating fiction today. He eventually publishes his "big book," a novel that is panned as "bloated and immensely disagreeable" by Michiko Kakutani in The New York Times.)

Should I read Purity?

Definitely! It is a very good book! It is gracefully written and extremely funny. Its characters, who feel real in their moral complexity and emotional failings, are almost endlessly explored. It's the ultimate tell-not-show novel, with Franzen launching long inquisitions into people's backstories and psychologies. He's so good at it that you often feel, at the end of a paragraph, as though you've had the rug swept out from under you but somehow remained in your chair–he builds toward dramatic pronouncements that are piercing and specific and yet broadly human enough so that the reader glimpses him or herself there, too. Take the moment when the narrator reflects on Andreas's difficult relationship with his parents: "Eventually he determined that what had depressed him was his childhood bed, the bed itself, in the Muggelsee house, and the feeling that he'd never left it: that the more he rebelled against his parents and the more he made his life a reproach to theirs, the more deeply he rooted himself in the same childish relationship to them."

Probably. Freedom had a certain portentousness that is mercifully gone in Purity, which is a much lighter novel, despite still being about the fundamental awfulness of the world. Freedom also often felt like it was soliloquizing unnecessarily on its many anxieties. Purity is a similarly moral book–it is obsessed with morality, actually–but it's more complex and nuanced, and thus less oppressive, in its philosophical and sociological inquiries. Basically, it's more fun.

I heard the book hates the Internet. Is that true?

No. In Purity, the Internet is both saviour and scourge, capable of revealing great secrets–of changing the entire course of characters' lives–but equally likely to suck the life out of people. For Andreas, at least at the beginning of his Sunlight Project initiative, it is his means of advancing his project. Ostensibly, that project is the revelation of truth. But he is, by his own admission, haunted by "megalomaniacal solipsism," and so his project is really about burnishing his own fame and notoriety, a task for which the Internet is well suited. The novel resists absolutisms, and anticipates its own critics, cleverly sublimating its author's on-the-record critiques of technology in Andreas Wolf's ideas about the Internet. As the book's second-to-last section opens, the narrator reflects on just how wrong journalists were in characterizing those ideas, just how completely they'd failed to understand the complexity of his concerns: "Younger interviewers, to whom the world meant total surveillance, total mind control, gray armies in parade with medium-range missiles, had understood him to be saying something unfair about the Internet. In fact, he simply meant a system that was impossible to opt out of."

Is it true that the book is unfair in its depiction of women?

This is a more substantive critique, which has been widely made. I can only respond as one reader, and one reader who is not particularly well situated to determine how accurately the book captures its female characters. For me, the book's women–including Pip, Anabel, and Leila, but also other less prominent cast members–were like the book's men: flawed people who become more flawed as the pages turn. That isn't to say that there aren't objectionable characterizations of women's physicality: there are, and they troublingly occur far more frequently than objectionable characterizations of men's bodies. But even those characterizations read accurately as the sort of terrible things that people really think. They don't seem especially endorsed by an authorial power behind them, and often feel more like indictments of male-projected expectations of female physicality than validations of them. Like everything in Purity, it's complicated.

The novel does actively engage with feminism, though its most sustained exploration of feminist ideas comes in the form of the book's only first-person section, a long memoir written by the journalist Tom Aberant in which he sarcastically grapples with his own complicity in the systemic disadvantaging of women: "From lectures both in and out of classrooms, beginning with an orientation-week sex talk delivered by a female senior in bib overalls, I learned that I was even more inescapably implicated in the patriarchy than I'd realized." Tom, it's explained elsewhere, is "a strange hybrid feminist, behaviorally beyond reproach but conceptually hostile"–a breed of theoretically enlightened men that seems especially pervasive in the present moment. (Much of the book can be read as a comprehensive indictment of various strains of male arrogance.)

It is not a feminist novel, but I don't think it's exactly anti-feminist, either. Characters discuss feminism, and fail to live up to its promise. This failure is frustrating, to be sure, but it also feels genuine. Franzen's characters, like most of us, are weak people who in their weakness strive to achieve a kind of imperfect humanity. This book, like his previous two novels, argues that that imperfect humanity is the only achievable goal. And Purity reminds us that in this thorny, fractured world, even an achievable goal is often beyond our feeble reach.

Perhaps. I don't know him. His public persona can be gleefully antagonistic. But the beauty of Purity is that it's a novel–if you so choose, you can read it, not its author.

Jared Bland is The Globe and Mail's Arts editor. 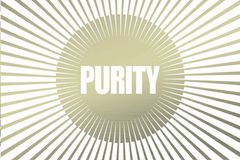 The people v. Jonathan Franzen: Love him or hate him, he’s not changing
August 28, 2015
Follow Jared Bland on Twitter @jaredbland
Report an error Editorial code of conduct
Due to technical reasons, we have temporarily removed commenting from our articles. We hope to have this fixed soon. Thank you for your patience. If you are looking to give feedback on our new site, please send it along to feedback@globeandmail.com. If you want to write a letter to the editor, please forward to letters@globeandmail.com.
Comments