Get ready for breaking news, gonzo-style. Already a burgeoning documentary power and a globe-spanning voice of alienated millennials with a monthly audience of over 100 million on its various digital and traditional platforms, Montreal-born, Brooklyn-based Vice is now fulfilling a long-standing aspiration by bringing its adrenalized approach to live stories, short news reports, and daily video summaries.

The result can be bracing: When Kiev exploded this month, Vice live-streamed its video coverage, giving mobile and Web users around the world direct access to the chaos in the streets. But it can also be enervating: One live segment during a lull in protests followed a reporter wandering the grounds of deposed president Viktor Yanukovych's estate, peering in a window and spotting what looked like a PlayStation console.

We talked to co-founder Suroosh Alvi on the eve of a reporting trip to Pakistan and Iran.

I understand that you'll spend a few days embedded with the Pakistan Army in South Waziristan.

I'll be going to the forward operating base, from which they've been flying their jets and bombing the militants in North Waziristan. There's been a lot of killings on both sides. I'm excited for that story – it's an opportunity for us to explain to our audience what the effect has been of the American war in Afghanistan.

Both of these stories, Iran and Pakistan, relate closely…. The Taliban had stopped growing poppies and then after 9/11 they started again, and production is higher than it's ever been. The number of heroin addicts in Iran – the official stat is two million, but it's probably between three and four million. It's insane.

You guys do gravitate to the dark stories.

I guess there are a lot of dark stories. We've just been trying to report on the under-reported. Referring back to the early days of Vice, I'm not even sure 'report' is the right word, but writing about these stories that we felt weren't being covered that much.

Why don't you want to use the word 'report'?

We always had a desire to do news in our own kind of way, because we were interested in the world. We didn't really have the resources to report, in the traditional sense. We couldn't afford to get on planes.

News divisions at traditional TV networks are usually subsidized by other parts of the business. Will Vice's foreign reporting be supported by the other activities, such as your music and tech coverage?

We've had franchises that were underwritten by sponsors – that's our goal, to get a lot of our news franchises and stories and reports sponsored by advertisers. It's kind of the way news used to be in the fifties: 'Brought to you by Gillette' or whatever it was. We love that model.

Having worked with companies like Intel and Dell, large corporations in the tech space, I think it was initially a surprise for a lot of people, but it also opened the doors to working with a lot of other brands. Once they took that leap, and it legitimized us on some level, people weren't scared of us any more. Coupled with working with HBO and CNN – I would say those were corporate stepping stones that brought us to this place now.

You'll be spending tens of millions of dollars as part of a push into more news, launching a dedicated news channel on Vice.com, with plenty of video. Why is this a priority?

It's what we've always aspired to do. When I went out and did a Gun Markets of Pakistan piece [as part of the Vice Guide to Travel series], it was a piece I'd originally written for the magazine. [In 2007] I did a video version of that story, and today it still continues to drive traffic and it opened up the audience on that particular story, like, a thousand-fold.

I think for us, it was a revelation: 'This is our future, this is what we can do,' and when we saw the way our audience was responding to it we realized this is an opportunity, there is a void out there. There are the big networks and we can be the true alternative to everything that's out there. It's how the brand is being defined on some level.

You've always positioned yourself as being the alternative to the mainstream. The trailer for Vice News says it'll bring people the news that others are either too lazy or calcified, or scared by corporate interests to pursue. But who's to say what's 'mainstream' any more? You guys are partly owned by Rupert Murdoch's News Corp and a global ad agency.

Two things: The News Corp investment is a small minority stake. We have total control of the company, we're privately held, there's no one bossing us around, we have 100 per cent complete creative control over everything we do.

We were niche players, but that niche is becoming pretty big, and the 18-34 demographic I think are pretty disenfranchised by what's out there, and they aren't getting their news from the traditional sources. And we know for a fact they're demanding a whole lot more of what we do, which is why we're trying to respond to them.

That includes live-streaming, which can be either gripping or really boring, depending on what's going on.

Yeah, I think live-streaming is something that the jury is out on generally online, whether it's concerts or news. For us, where it really is successful is when we're in the thick of it and we have the right host, reporting at the right time – and for our audience to be there at the right time as well, not during one of those lulls.

Some of the biggest stories you personally have reported are what Hollywood would call 'high concept': Egypt on the Brink, Gun Markets of Pakistan, The Vice Guide to Gaza. Just before you and I got on the phone, Vice News tweeted a video of a child carrying an M4 battle rifle with a drum magazine. It seems there's a reductiveness to the approach: if there's violence, there's a story.

I wouldn't agree with that statement. I think part of this is our own learning curve, our own experience as correspondents and journalists, going out into the field, going into Baghdad at the height of the insurgency, and being very wide-eyed and scared, and all that. And now we have some experience under our belt when we go out into the field. I think it still has to make for an interesting story. If you're making video, something has to happen.

Not necessarily violence, though. You're going into Pakistan and Iran for this heroin story. You're great at showing problems. I'm curious to know if you're as interested in exploring the hard work of finding solutions.

That's a good point. Some of our most viewed pieces we've done to date are our environmental stories. Like our TOXIC: Garbage Island video [about the enormous amounts of plastic in the oceans]. The solution side of it is very tricky, because we don't have all the answers. But we are aware of that. As a counterpoint to our Toxic franchise online that we did, we always wanted to do a toxic solutions franchise as well, that would be a solutions-based franchise, and that is something we're working on.

From the reporting side, it can get kind of depressing after awhile. It's just one bad thing after another, one problem after the next. Death violence and destruction, calamity and conflict.

Suroosh Alvi will be in conversation with Anna Maria Tremonti on Thursday evening in Toronto as part of the Canadian Journalism Foundation's J-Talks series. See: cjf-fjc.ca for details. 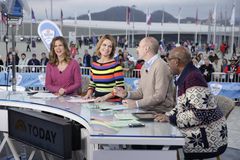 CBC president warns of ‘dark clouds on the horizon’
February 5, 2014 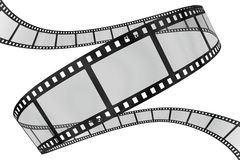