As we come to the 50th anniversary of the first lunar landing on July 20, astronauts Neil Armstrong and Buzz Aldrin are getting all the glory. Okay, so maybe that’s fair – after all, they embarked on a perilous three-day journey to the moon and were the first humans to set foot on its surface. But Douglas Brinkley’s new book, American Moonshot: John F. Kennedy and the Great Space Race (Harper), gives credit to an unsung hero of the space program: Lyndon B. Johnson. Though President John F. Kennedy set the goal of putting an American astronaut on the moon before the end of the 1960s, it never would have happened without his successor, according to Brinkley, a professor of history at Rice University in Houston and a presidential historian for CNN. Brinkley got access to never-before-seen documents from the National Aeronautics and Space Administration (NASA), the Kennedy and Johnson presidential libraries and other sources, including oral histories, which provide fresh insights into the sustained effort needed to make the first moon landing possible. He spoke with Paul Taylor about American Moonshot.

Why was Johnson so important to America’s space efforts?

LBJ is the one who gets the ball rolling in 1957 after the Soviet Union launched Sputnik – the first artificial satellite sent into Earth’s orbit. As Senate Majority Leader, Johnson organized and chaired hearings that stirred up Cold War fears about Soviet missiles. The Democrats were looking for issues to defeat the Republicans in the 1960 presidential election. Johnson exaggerated the threat of Sputnik, but there would be no NASA without him. He was a driving force behind the establishment of a civilian-run NASA.

The United States had a hard time getting into space. Its rockets were blowing up with frightening frequency. How did Kennedy use Vice-President Johnson in the early days of his administration?

Kennedy appointed Johnson chairman of the Space Council, where the Vice-President had oversight over both military and civilian space activities. Kennedy was hedging his bets and he quite astutely used Johnson to promote manned space flight. He didn’t want to be responsible for a dead astronaut floating in space or blowing up on the launch pad. If things failed, Kennedy was going to blame Lyndon Johnson.

When did Kennedy claim credit for the space program?

As soon as astronaut Alan Shepard – America’s first man in space – came back alive [on May 5, 1961], Kennedy starts elbowing Johnson aside. Kennedy realized that we had the technology to do manned space flight. Shepard was a national hero. Kennedy wanted to be deeply identified with the space program and he made sure the press interpreted it as his initiative.

Apollo 11: A Globe reporter’s childhood memory of the moonshot and why we shouldn’t go back

But Kennedy still needed Johnson’s help in getting the U.S. Congress to fund the mission. How did he do it?

Johnson would find the money, and determined where it would go. Some states [which got space facilities] were huge beneficiaries. … Johnson got to please local constituents. One of the key figures was Texas Congressman Albert Thomas, who was head of space appropriations in the House of Representatives. Another was Oklahoma Senator Robert Kerr, head of the Senate’s space committee. It was this triangle – Johnson, Kerr and Thomas – that got it moving forward.

What role did Kennedy play?

He sold it to the public. Kennedy was an extraordinary orator and the best communicator of his generation. He connected space to a pioneering spirit and a new frontier – imagery that fuelled a national enthusiasm for a moon mission.

So who was really responsible for getting Americans to the moon – Kennedy or Johnson?

It is not about one or the other – it’s how they pulled it off together. It really was a team effort. Johnson’s Capitol Hill largesse meets Kennedy’s TV charisma.

How did Johnson keep the mission on track after Kennedy’s death in 1963?

By 1965-66, the funding issues were getting vociferous. Going to the moon cost a total of US$25-billion – or US$180-billion in today’s dollars. But Johnson kept his eye on the prize and was slavishly devoted to Apollo. To those who called for cuts, Johnson evoked the martyred JFK with “don’t-you-dare” political mastery. There is some speculation that if Kennedy weren’t murdered, space would not have gotten funded if he had a second term as President. But that’s “what-if history” – and we will never know.

Why did you write American Moonshot?

Growing up in Ohio in the 1960s, I was one of those young people enamoured of all things Apollo. Neil Armstrong was one of my boyhood heroes. There was a lot of teamwork in the writing of this book, which took years of research. Most important were the archivists and staff at numerous institutions.

To get in the mood for this month’s 50th anniversary of the first moon landing, check out the following books with a Canadian space spin:

Canada in Space: The People & Stories Behind Canada’s Role in the Exploration of Space, by Chris Gainor

Canada’s space achievements started well before the development of Canadarm and Canadarm2, the famed robotic tools used in the American space-shuttle program and the International Space Station. Canada was actually the first country after the United States and the USSR to build a satellite that made it into orbit. The Alouette 1 research satellite, which studied the ionosphere, is one of many Canadian exploits documented in this book.

Arrows to the Moon: Avro’s Engineers and the Space Race, by Chris Gainor

This book tells the story of the Canadian and British engineers who played pivotal roles in putting Americans on the moon.

Touching the Earth, by Roberta Bondar

Canada’s first female astronaut, Roberta Bondar, reflects on her journey into space and the fragile environment back on Earth.

An Astronaut’s Guide to Life on Earth, by Chris Hadfield

Mustachioed astronaut Chris Hadfield details his long path to becoming the first Canadian commander of the International Space Station in 2013. 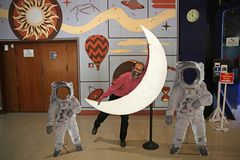 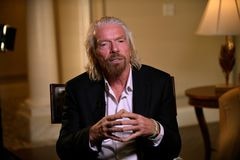