A resonant journalistic cautionary tale gets packaged as a hokey thriller in Kill the Messenger, a movie with a message that isn't nearly as urgent as it needs to be.

Written by Peter Landesman, the film is about Gary Webb, the investigative reporter whose series of articles in The San Jose Mercury News in the mid-1990s traced links between CIA-financed Nicaraguan contra rebels and the U.S. inner-city crack cocaine epidemic.

Webb's allegations weren't entirely new (John Kerry had already chaired a subcommittee on the CIA-drug connections) and the Central Intelligence Agency, in an internal investigation inspired by his allegations, admitted to working with drug traffickers. The significant lesson is about how Webb was treated by his journalistic colleagues, although it might be better conveyed in a documentary than a drama.

Director Michael Cuesta, who has worked on the television series Homeland, surely understands the contemporary media and intelligence community hall-of-mirrors, but he does little here to make the story more than a warmed-over All the President's Men, with some Jason Bourne-style flourishes. This thriller structure – a series of encounters with colourful character actors in different datelines – is too familiar not to feel trite.

The major compensation is watching the performance by Jeremy Renner in his grittiest role since his turn in The Hurt Locker as an idealistic, if flawed reporter. Renner plays Webb as a borderline cocky, motorcycle-loving hippie in a goatee and shades, who channels his anti-authoritarian streak through his muckraking. He also loves his conventional life with his high-school sweetheart, Sue (Rosmarie DeWitt), and three children. As the film begins, we learn that Webb is trying to toe the line after a disastrous adulterous indiscretion in Cleveland.

Given his history, he is initially reluctant when approached by a sexy Cuban woman (Paz Vega) who promises him a hot scoop. She provides a grand jury transcript that proves that the prosecution's main witness against her drug-dealer boyfriend is a former Nicaraguan narcotics trafficker with ties to the contras. Rather than risk spilling national security secrets, the prosecutor (Barry Pepper) drops a case.

Something nasty is being suppressed, and Webb's editor Anna Simons (Mary Elizabeth Winstead) and publisher Jerry Ceppos (Oliver Platt) are persuaded by Webb's excitement. They approve a trip to Nicaragua to get more material. He interviews drug kingpin Norwin Meneses (Andy Garcia, slyly sinister), living a life of ease in a squalid prison.

Meneses is open on the subject of U.S. involvement, including his familiarity with the National Security Council, which reports directly to the president. In Washington, Webb gets the story confirmed off-the-record by an NSC member (Michael Sheen), who warns him that "you have no idea what you're getting into."

With the publication of Webb's three-part series, titled Dark Alliance, he briefly becomes a media star, appearing on talk shows, and is on his way to winning a major reporting award. Then the backlash starts. The Washington Post and The Los Angeles Times (which assigned a team of reporters to the story) are less interested in following the CIA-drug angle than in undermining Webb's claims. This makes the well-heeled competitors look not only lazy but also complicit in hiding the origins of a drug that devastated urban black communities. The newspapers' CIA sources question Webb's claims and imply he fabricated sources and quotes.

Webb's publisher bows to pressure and the Mercury News publishes an article acknowledging that his reports were inadequately sourced. As part of his comedown, he is compelled to work in the paper's Cupertino bureau, covering local news and living out of a motel, pursuing his CIA story in his spare time.

The film's sporadic cloak-and-dagger trappings continue, communicating less suspense than confusion. The plainclothes cops who come to investigate the presence of a prowler begin rummaging through his personal papers. One night in his motel, Webb is visited by a shadowy figure (Ray Liotta) who confirms the cash-for-drugs-arms transactions, but increasingly Webb persists in trying to tell a story no one wants to hear, long after most people would have given up and moved on.

With his career and reputation in ruins, Webb killed himself in 2004, although the movie darkly hints it may have been murder, noting he died from two shots to the head (the first bullet went through his cheek).

What is missing is any sense of journalistic hubris, Webb's own errors and the story of careerist editors who pushed a writer to write a sensational story and then fled from the consequences. In an article in American Journalism Review, a few months after Webb's death, Susan Paterno wrote: "In the final analysis, Dark Alliance was a series in search of competent editing; the remarkable lack of editorial oversight produced what became one of the most notorious sagas in American journalism."

Spies and drug dealers will always do the dirty work they do; journalists should aspire to better. 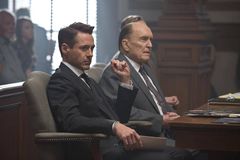 Film Review
God Help the Girl: Searching for the divine on and off the radio
October 10, 2014 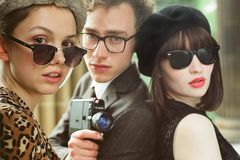 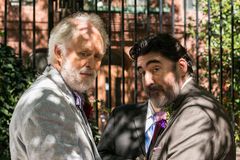 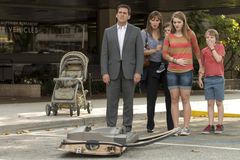