Sturdy, stubborn, practical: These are three qualities that define 87-year-old Craig Morrison (James Cromwell), but they also apply to the house he's building for his Alzheimer's-afflicted wife Irene (Geneviève Bujold), as well as the movie he's building it in. Written and directed by Michael McGowan (One Week, Saint Ralph), Still Mine is a measured but considerably moving celebration of things hand-crafted, traditional and built to last.

Based on the true story of a New Brunswick farmer who ran afoul of local building regulations by assembling a second home on his own property that failed to meet code, Still Mine reconfigures this potentially cute-old-coot material into a kind of rural Canadian Amour with a bigger heart and calloused hands. Although Morrison's crusade is to build a place where his ailing wife (a sensationally subtle Bujold) can safely drift away by his side, the journey taken is hardly just sentimental. The farmer is also making a stand for personal dignity and control of his own life, even if it means ultimately standing alone in the unfinished frame of his project, resisting the combined stop-work pressures of the law, his neighbours and his well-meaning but baffled grown kids. All anybody really wants is for Craig to give in and have proper, legal plans drawn up, but for the old man it's a question of trust: What kind of an idiot would build a house that wouldn't stand? And what kind of house would stand on paper anyway?

While Still Mine pays close attention to matters like the fading family farm, increasingly intrusive bureaucratic regulations and the heartbreaking ordeal of losing a mate to irreversibly worsening dementia, its main spectacle is Cromwell's Craig Morrison, a man built like a scarecrow and usually standing alone like one, and whose default mode of ornery sarcasm keeps him at a prickly distance from everyone around. As played by the remarkably effective Cromwell, an actor too often consigned to the margins of character performances, Morrison is a man of considerable complexity and frustrating bullheadedness, but always true to his own – if not the building inspector's – code. More often than not, we see him standing alone, a figure of vertical tenacity on a horizontal plane.

In virtually every shot of the movie, Cromwell plays Morrison as a man who keeps everyone at a manageable distance, but whose inner workings are manifest in the smallest gestures and details: the way he looks at his wife when she forgets something, the contempt in his eyes when faced with regulatory noise, his frustration with a stubborn necktie, the way his fingers brush the family history scored in an old, hand-made dining-room table. Possessed of an equally long face and body, Cromwell provides ample compositional opportunities that McGowan takes full advantage of, making Morrison's imposing physical presence an eloquent articulation of the theme of weathered and leathery resistance.

Ultimately however, the movie's considerable inspirational heft is provided not by Craig's up-against-the-system quixotism but his persistent individualism, the deep-seated conviction that nobody knows his land, his business, his wood or his wife anywhere near as well as he does, and he'll go to jail before he'll admit any differently. The point isn't that he's right, but that he so firmly believes he is, he'll build a house on it. 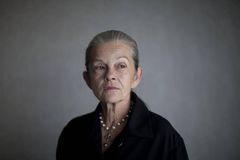 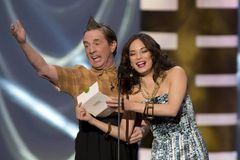