Denis Villeneuve: The man who suffers for his art

With his two upcoming films Arrival and Blade Runner 2049, millions around the world are set to engage with the Quebec director's work in a way no other Canadian artist can claim

Earlier this week, Quebec filmmaker Denis Villeneuve woke up in Budapest and thought once again of escape.

"I would love to take a plane to Cuba and hide under Fidel Castro's bed and they will not find me there," Villeneuve says. "There are times where I'm struggling with panic."

Villeneuve is in Hungary finishing up the sequel to Blade Runner. Amongst a wide swath of science-fiction fans – design geeks, genre aesthetes, cheerful paranoiacs – it may be the most anticipated film in history.

Director Denis Villeneuve, right, and actor Jeremy Renner at work on the set of the film Arrival.

In a remarkably short time, Villeneuve's career has become a cascading series of high-water marks. Blade Runner 2049 will be a tsunami, washing him up into the Steven Spielberg/Christopher Nolan directorial area code. It does not sound as if he's enjoying the process.

"The notion that I'm afraid – that is what is protecting me," Villeneuve says. "That's why I have a lot of anxiety. I don't sleep well."

Some people suffer for their art. For Villeneuve, art is simply suffering.

We can argue the point, but despite his best efforts at avoidance, Villeneuve is about to become this country's most influential creative talent.

This is more than churning out celluloid-by-committee. Villeneuve retains a rare ability to give each film his signature – the searching themes, the scoured visual palate, the approachable darkness. You could be dropped into hour two of Incendies (about war in the Middle East) or Sicario (about a different sort of war in Mexico) and think, "Villeneuve," in the same way that you might stumble into Rear Window at the cover-up phase and think, "Hitchcock."

Over the next calendar year – between next week's Arrival and October, 2017's Blade Runner 2049 – many millions will engage deeply with his work in a way no other Canadian artist can claim. The idea of this global emergence appears to catch Villeneuve by surprise, and prompts no little bit of horror.

"I'm always in my own creative bubble. So I'm not in contact with reality that much. When I talk about reality, I'm talking about the impact of those movies," Villeneuve says. "To think about the … what you are talking about, that influence, I'm not sure if it would be a good thing." 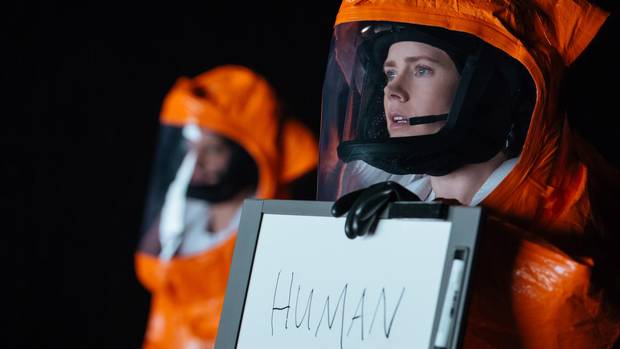 Though he speaks in tortured terms, Villeneuve, 49, does not sound that way. He laughs frequently, usually at himself. On one occasion, he ends a long, discursive answer, pauses and then says brightly, "It's very pretentious!"

Like many non-English speakers who deploy the language more mellifluously than those of us who grew up in it, he has the needless tic of apologizing for forgotten words.

Having made the decision to avoid living in Hollywood ("It was too much of a big step"), Villeneuve will have released five Hollywood movies in six years. The pace is frantic. Each picture is bigger than the last, pushing the learning curve closer to vertical and the budgets into nine figures. Hence the panic.

Arrival is his latest. By most definitions, it's a blockbuster – alien invasion; A-list actors; lavish promotion; Academy Award talk. Villeneuve doesn't like that word.

"When you say blockbuster, it means you are trying to create something that will bring the level lower to the masses."

"At the same time, the truth is that you want the result of the blockbuster, which is to see a line around the block because those movies are expensive and you hope that it will be good box office."

"So I'm a bit of a hypocrite right now when I say that." 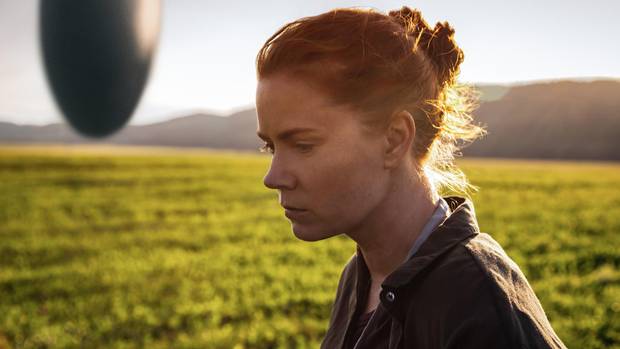 Villeneuve’s conversations, as well as his films, are constantly winding back on themselves.

This is the key to Villeneuve's conversation as well as his films – they are constantly winding back on themselves. In many cases, what you overlooked at the beginning is the answer to the riddle. As such, there never was a riddle – only the one Villeneuve allowed you to create for yourself.

Arrival is the most forceful example of this, with a twist at the end that will leave you rattled and perhaps a little heartbroken. In the screening I attended, a raucous midday crowd was reduced to funereal silence and sniffles as it ended. They'd been Villeneuve'd.

Famously, Villeneuve has said he feels like an imposter in his own life (a theme that recurs frequently in his work). He said it a while ago, but re-ups now.

After Blade Runner is done, he says he will "take time to sleep." One could be forgiven for not taking him at his word.

"I don't have career plans … I like to risk. I'm driven by artistic risk. I feel the stimulation of flirting with disaster."

While Villeneuve dares a world he has never really joined to eject him from what is increasingly its centre, he grows less and less sure of his place in it. He really is the man who dreamed too much, all the while expecting the fall.

He's said he took on Blade Runner and, to a lesser extent, Arrival because they were "too big to say no."

Is that the goal? Bigness?

"It's not about size. It's about perfection."

And what will you do once you've made your Citizen Kane?

Villeneuve barks delightedly: "The good news is that it will never happen!"

He means this in the sense that Orson Welles happened onto his greatest achievement in his debut.

"Imagine how terrible that must have been," Villeneuve says sadly. "For me, it is in the future."

This is another key to Villeneuve and to all of his main characters – stumbling forward to a signal achievement that may be their undoing. It's the core tragedy of Arrival. That makes you wonder – is Villeneuve surprised that he has become such a success? Does he allow himself to think about it?

The next pause is unnaturally long – 18 seconds. When he finally speaks, the playfulness has gone out of his voice. What comes next is more of a promise to himself than an answer to a question.

"It's a … I'm not aware of it … I don't want to be … I don't know how to answer that question, I'm sorry. I'm still … Okay, I will answer this way. I have my own personal relationship with my movies. I know what I was able to achieve, that I was not able to do before. How I evolved from one movie to the other. But I still feel with bitterness my failures in each of them. So, it's like I'm trying to keep intact the purity of that relationship with my work so that I can evolve. The day I stop to evolve is the day I stop to work."