There are eight million stories in the naked city, so we’ve been told. From a pure mathematical standpoint, then, Toronto should at least have two or three million of its own. Further breaking it down, we should expect to see a handful of Canadian movies address those living in the fringes of the nation’s largest city: the working poor, the socially neglected, the altogether ignored men and women trying to fight to make it just one more day. And while the new drama Queen of the Morning Calm attempts to explore just these kinds of underserved characters and struggles, it has only one eye trained on compassionate storytelling, the other fixed on every regrettable indie-cinema cliché there is.

Focusing on the plight of single-mother stripper Debra (Tina Jung) and her young daughter Mona (Eponine Lee) to escape their near-impoverished circumstances, writer-director Gloria Kim’s feature debut offers some lovely, heartbreaking details in the margins. Debra’s apartment is appropriately no-frills, its scuffed walls and tiny rooms evident of the mother’s efforts, and eventual failures, to provide a better life for her daughter than she was given as a young Korean immigrant. And the hard Toronto streets that Debra and Mona walk – whether it’s on the way to the child’s school or the mother’s gig dancing and offering under-the-table sex to club patrons – are captured by Kim with a chilly and unfriendly air, mirroring the city’s easy dismissal and ignorance of the pair. (Kim also makes good use of Toronto’s real Filmore’s strip club, though I’m unsure how management might view the film’s depiction of the business as a den of prostitution.)

Yet Kim’s talent for illuminating Toronto’s seamier corners doesn’t quite extend to building compelling characters or crafting a sensible narrative. Debra makes a rash of mistakes, including constantly falling for the transparent lies of Mona’s absentee father Sarge (Jesse LaVercombe), but her gullibility is not presented so much as a sympathy-driving character flaw as an unexplained aberration.

One moment, Debra is a secret numbers genius, handling her fellow dancers' taxes with ease, and the next she’s placing her family’s financial well-being in mortal danger by trusting characters who have consistently proven themselves to be villains. There is an argument that this all stems from Debra’s traumatization – as a childhood victim of sexual abuse, as an adult object of sexual commodification – but Kim either doesn’t have the time to dig into who her central character is, or hasn’t thought through Debra’s layers with the necessary emotional depth. Regrettably, Mona suffers from the same lack of attention to persona, with the character eventually reduced to a single word: annoying.

As far as the journey Debra and Mona take from the beginning of the film to its end, anyone with an overly rosy – or perhaps naive – view of humanity can guess where it ends up, as the pair are aided by a handful of superfriendly strangers (including a weirdly undefined antique-store owner who feels dropped in from outer space) and a sudden burst of self-reliance. But it doesn’t quite feel earned.

Still, Queen of the Morning Calm is just one Toronto story – and Kim proves that she likely has a few more, and more powerfully felt, tales in her yet to come.

Film Review
With Kajillionaire and The Last Shift, the future of moviegoing is in the hands of ... Richard Jenkins?
Subscriber content
September 24, 2020 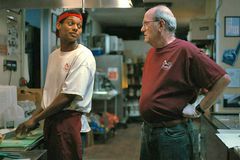 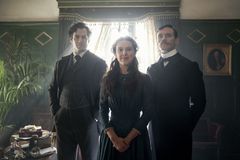 Film Review
Ambitious Canadian drama Queen of the Andes goes to Mars on the budget of a bus ride to New Brunswick, give or take
Subscriber content
September 17, 2020 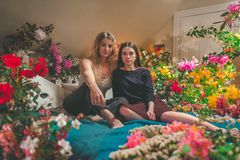