It was more than a decade ago that Justin Lin changed the face of Hollywood.

Back in 2005, Lin was a director still coasting on a great origin story: His second feature, Better Luck Tomorrow, was scrounged together with credit cards and a last-minute investment from none other than MC Hammer. The thriller went on to play Sundance, secure a theatrical release from Paramount’s MTV Films and kick-start co-star John Cho’s career. But Lin’s C.V. since then wasn’t exactly setting the world on fire. Aside from a documentary short, his only post-Tomorrow film had been Annapolis, the James Franco navy drama that sank at the box office. 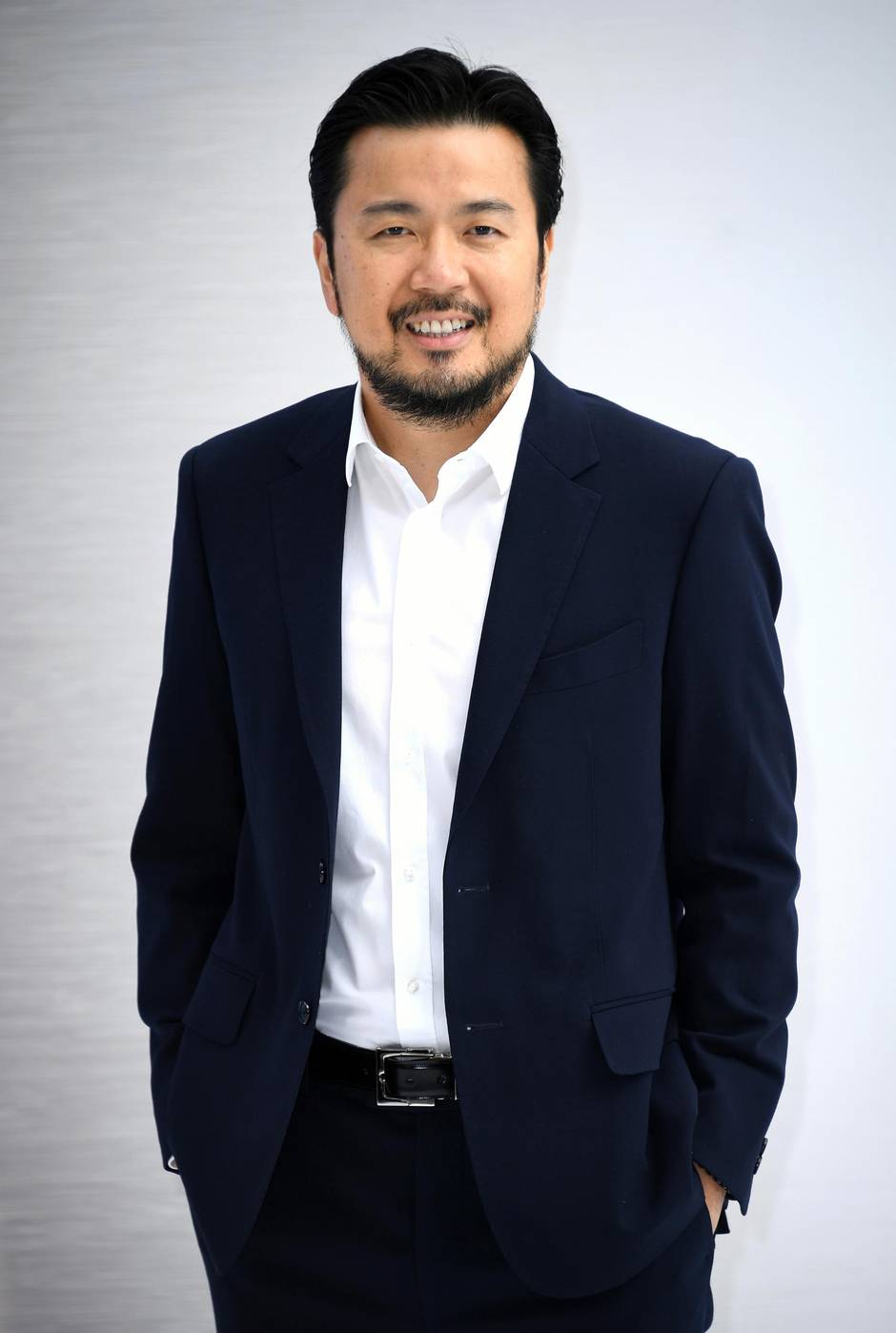 Justin Lin revamped the flailing Fast and Furious franchise with The Fast and the Furious: Tokyo Drift, and is now a go-to director for franchises in need of a turn-around. ( Ian Gavan/Getty Images)

So when Universal came around with the offer to direct a sequel to its flailing Fast and Furious franchise, Lin jumped at the chance – even though original stars Vin Diesel, Paul Walker, Michelle Rodriguez and Jordana Brewster were long gone. Oh, and the film was slated to go direct-to-video. “We had done 2 Fast 2 Furious and the franchise was, pardon the pun, out of gas,” recalls Jeff Kirschenbaum, former co-president of production for Universal Pictures. “So it was the movie that no one was paying attention to, and then Justin came in and was talking about, let’s expand this to a global franchise. He had that vision.” Indeed, Lin took the challenge as an opportunity, crafting a wholly revamped version of the street-racing series, one that added a more multicultural cast, an emphasis on familial bonds and an embrace of high-octane, visually improbable stunts.

The result, The Fast and the Furious: Tokyo Drift, was a stunning success – in North America but more importantly abroad, too, where it earned almost $100-million (U.S.), nearly twice its domestic take. The sharp, occasionally tongue-in-cheek film gave new life to the brand and set in motion a sea change across the industry as to how studios approached both global franchises (diversity was finally an asset) and sequels (namely that every brand, no matter how tarnished, was capable of being salvaged in the right hands). Hell, even Diesel was convinced to come back aboard.

And just like that, Lin found himself eight years later the hottest director in town, having delivered Universal three more Fast sequels, each more world-shaking than the last. The smart word was that if you were a studio with a tentpole franchise in trouble, Justin Lin should be your first call. Which is exactly how the filmmaker, now 44, found himself tasked with righting the ship of another beloved, but shaky, brand: Star Trek.

But with the release of Friday’s Star Trek Beyond, Lin is also hoping to show the world that he’s more than a mere studio mechanic, someone who can come in and get the intellectual property humming again. He wants audiences to know that his work is more personal than focus-grouped, that his ambitious drive stems from a professional vision more than a studio timetable – and that his is just one of the many diverse voices out there who can succeed when given the opportunity to do so. 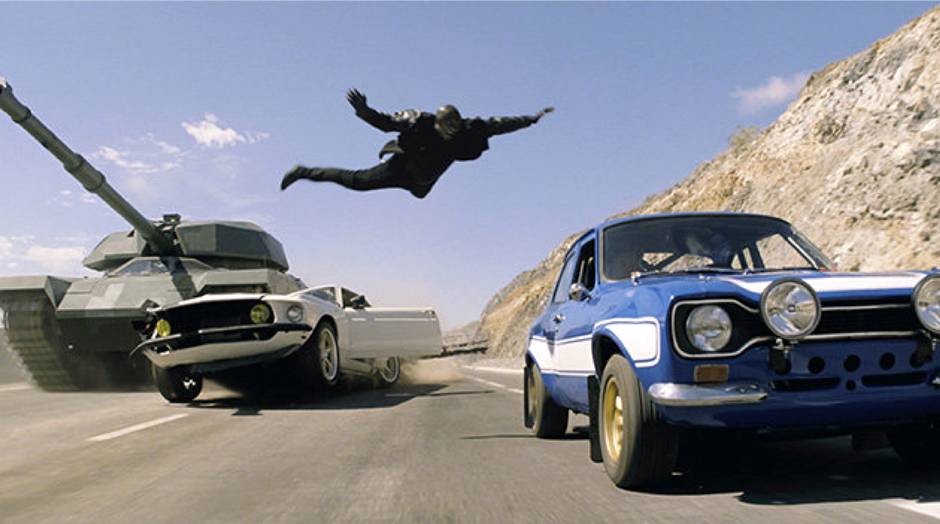 “For the longest time, [Star Trek’s] Sulu was the only Asian-American face that was on television as a human being. Usually you just saw an Asian face because there was an Asian reason,” says Lin, whose family emigrated from Taiwan to California when he was a child. With his father running a fish and chips restaurant in Pasadena, the only time the Lins had together would be dinners at 10 p.m., followed by an episode of Star Trek at 11.

“Sulu was such a big part of my life that when I was able to start making films on my own, it was only a natural and organic thing for me to make films that reflected my world,” the director adds. “Which was why, when I was trying to make Better Luck Tomorrow, people would give me crap for what I was doing, saying, ‘Oh you can’t have leads who are Asian! How are audiences going to relate to Asian faces?’ That was ridiculous.”

Lin, of course, didn’t back down, and filled his Tomorrow cast with largely unknown Asian actors, including Cho and Sung Kang. The latter would eventually move over to the Fast films, which in Lin’s hands became known for their uniquely diverse casts – which in turn attracted moviegoers who otherwise found themselves ignored on the big screen. “Maybe [diversity], that’s a thing I don’t consciously or strategically think about in my films, but it is something I take pride in,” Lin says. “I want to reflect my world.”

“Underneath Justin’s movies there’s always been that bent of pushing the cultural paradigm forward, in terms of representation,” says Kirschenbaum, who worked with Lin on all his Fast films. “I remember we had a screening of Fast Five at the Director’s Guild for an Asian film fest, and when we finished Justin was just mobbed, because he had [Kang’s character] Han as one of the coolest and most handsome guys on screen, and he got the hottest girl – all in a mainstream action blockbuster. Han was not just an icon to that community, but to the world.” It’s that commitment to onscreen representation that serves as the through-line for Lin’s filmography, from Fast’s makeshift family of international muscle-head thieves to Trek’s multicultural crew of space jockeys.

Still, despite Lin’s strong thematic connections and nostalgic devotion to Trek, the decision to direct Beyond wasn’t an easy one to make – especially given that he had just 18 months to turn the film around, from concept to finished product, in order to make its long-ago secured summer release date.

“I’m not sure something like that has even been attempted before,” Lin says with a laugh. “I had three days to think it through, and for me it just became a purely emotional decision. At the end of the day, I had to put all the logistical craziness aside because I felt like this was worth the challenge. It was relentless, but in the greatest way possible.” 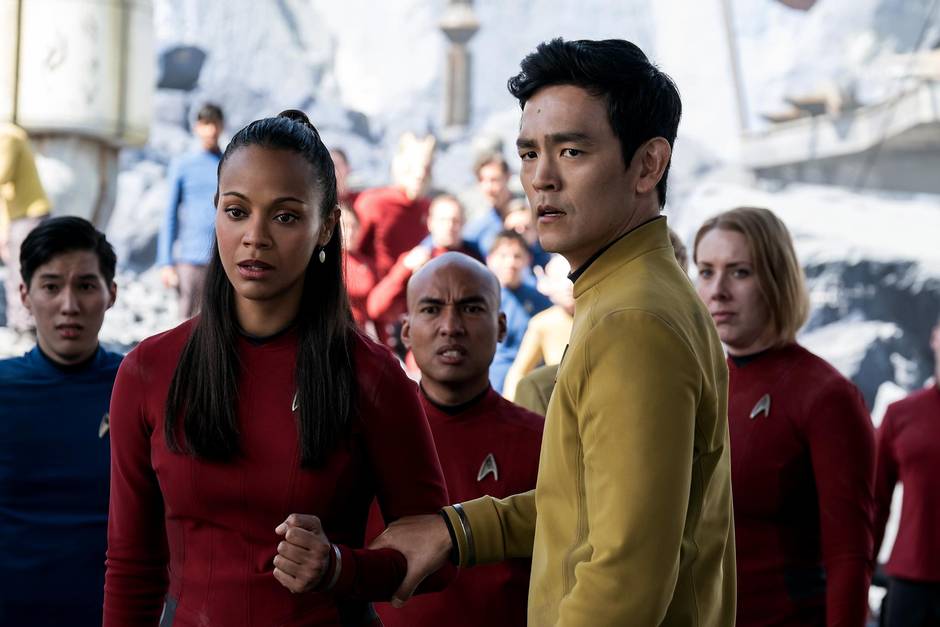 Lin had just 18 months to take Star Trek Beyond from concept to finished product. (Kimberley French)

Relentlessness is far from a new concept for Lin. Just as his father worked 364 days a year at the family restaurant (Thanksgiving was sacrosanct), Lin, too, refuses to slow down, using whatever down time he finds to direct television (Community, True Detective) and create websites (the Asian-American pop-culture site You Offend Me You Offend My Family).

“Whenever we had a day off – even on Thanksgiving, his favourite holiday – it was Justin and me working on how far we could take it,” Diesel says in an e-mail to The Globe. “Success comes from 10 years of that mentality.”

Yet not even Lin’s workaholic nature could convince him to stick around the Fast films – he reportedly walked away from Furious 7 due to almost as tight a turnaround as Beyond required. “It was a pretty emotional decision to walk away. It was my choice to say, as a filmmaker, that was eight years of my life – we were so close, our kids were growing up together, but I had to move on,” Lin says. “When I sat down with Vin in 2005 for Tokyo Drift, we had talked about the mythology, where it was all going, and we’ve seen it all come to life. After Furious 6, that was a natural break for me. It was a good time to step away.”

At least with the Fast films Lin was building his own mythology. With Star Trek, he’s wading into one of the more closely monitored mythos in modern culture. “We’re definitely respectful of that, but at the same time, I’m trying to embrace the essence of what makes Trek great, and also having to accept the mission statement of Trek, which is to be bold and push forward,” Lin says. “I think within the ideology of what Trek is, that it actually makes the daunting task of making something new more manageable, because it’s part of Trek’s very design to tackle new worlds and characters.”

As Lin waits for the box-office receipts to either prove or disprove his Star Trek theory, the filmmaker is, of course, keeping himself busy. In addition to exploring the increasingly expanding sector of Mandarin-language entertainment (he co-wrote and produced the feature Hollywood Adventures), Lin is overseeing TV series (Scorpion), developing remakes (Shaolin Temple, Lone Wolf and Cub) and working on a sequel to Space Jam, easily the most moribund franchise he’s been tasked with reviving.

“These past 18 months were relentless in the greatest way, but I also feel like I’m starting a new chapter in my career, where the choices I make are going to be fun, yes, but I also have a family now and want to make sure my time is spent efficiently, too,” Lin says. “I’m just so glad I’m here now.”