When I woke up Wednesday and read that Nora Ephron had died, I felt bad about my breasts.

I felt bad for her family too, of course, and the legions of adoring fans who've been delighted by her admirable body of work (including her bestselling book on aging, I Feel Bad About My Neck).

I felt bad for women writers in general, for whom she changed everything.

And I felt bad for Nora herself who, at 71, was far too young and energetic and frankly good-looking to have contracted a fatal illness like leukemia. I'm sure she had something to say about that! I felt bad about all these things.

But this is a story about Nora Ephron so I feel the need to be brutally honest, and if I'm honest the truth is this: Her death made me feel old.

It made me feel old in my body and in my mind. And that's because Nora Ephron is a hero of mine and like all good heroes, she was supposed to keep writing and living well, providing me, and countless other young(ish) women writers, with an admirable example until I had a) figured out all her tricks and seamlessly ripped them off for myself, b) written a screenplay half as good as When Harry Met Sally, c) perfected the recipe for Julia Child's timbales de foies de volaille and served it to my worst enemy with a lipstick smile and a glass of chilled champagne or d) grown old and tired and given up all of the above.

But that didn't happen. Instead I woke up yesterday and read Nora Ephron's obituary in The New York Times and thought, "My breasts are never going to look the way they did when I was 21 without expensive surgical intervention. And now Nora Ephron's dead. This is not going to be a good day." And it wasn't. And I was okay with that, because Nora, of all people, would have understood.

Of all the brilliant, accomplished, manically-driven and insanely talented women working in Hollywood and the world of American letters today, Ephron was without a doubt the most human. I don't mean human in the sense that she ever really bared her soul or delved-deep-into-the-visceral-pain-of-human-experience. Unlike so many successful female memoirists of her generation (Joan Didion comes to mind) there was nothing "gut-wrenchingly honest" or "unflinching" about her prose. On the contrary, she flinched. She flinched and shrieked and tore her hair out, and then, once the dust had settled, she found a way to laugh about it. In this wry and emotionally detached way, she was able to articulate chilling truths in a manner that somehow, against all odds, didn't make you want to kill yourself. This is a woman who observed that "The desire to get married is a basic and primal instinct in women. It's followed by another basic and primal instinct: the desire to be single again."

When I first read that line I was in a relationship that I anxiously hoped would lead to marriage and I thought, "Hey that's funny!" Then I read it again after I was married and I thought, "Hmm … funny and also kind of true." The next time I read it my marriage was over and I thought, "You idiot." And I had a little cry and when the cry was done I distracted myself by attempting to bake the perfect chocolate chip cookie, because that's exactly what Nora Ephron would have done.

She wrote about all aspects of modern life but nothing so brilliantly as the experience of getting – and staying – divorced (having done it twice, she had some practice). "Marriages come and go but divorce is forever," she once wrote. And for her this was certainly true. She was the only woman I've ever heard of who managed to turn the experience of being publicly and humiliatingly betrayed (by her then-husband Carl Bernstein for the politician Margaret Jay when she was several months pregnant with their second child) into a major career breakthrough. Heartburn, her comic novel based on the experience, later became a movie starring Jack Nicholson and Meryl Streep and kicked off a career that sent her soaring to the top of the box office. How's that for revenge?

There's no doubt she was bitter about the end of her second marriage. And her difficult mother. And being flat-chested. And all the crap she'd had to endure as a woman writer starting out in New York in the early 1960s. But rather than whining about it, she managed to turn that bitterness into her greatest charm and strength. A deadpan flintiness characterized her writing voice, an edge that became an essential and Ephron character trait, alongside competitiveness, jealousy, status anxiety and the nagging regret that, at the age of 26 she wasted an entire year by not putting on a bikini. But it's safe to say that over time her bitterness ebbed. In her last collection of essays I Remember Nothing, she conceded that her divorce had lasted much longer than the marriage and now, it was finally over. "For a long time, the fact that I was divorced was the most important thing about me. And now it's not."

Today, the most important thing about Nora Ephron is that she's gone. And that, my friends, is a great big stinking pile of No Fair. The woman who managed to write openly and honestly about aging without ever actually seeming to get a day older is somehow, inexplicably dead. If only Nora herself were here to show us how to find the funny in something so terribly sad. 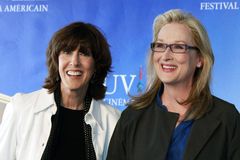 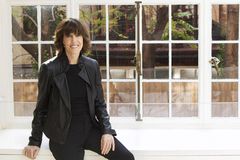 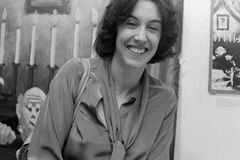