You would be ill-advised to go searching for the meaning of life in a Carly Rae Jepsen song (unless you're, like, 11), or to seek, in Jepsen's dizzying rise to fame and YouTube ubiquity (over 257 million hits – not a typo – for her hit Call Me Maybe at last check), any sort of lesson for music-industry success in challenging times.

During an interview on Monday, Jepsen herself called the success of the track Billboard named the Song of the Summer "in all honesty, a fluke."

Now it's time to prove she's not a one-hit wonder (or, technically, a two-hit wonder, given her Top 10 – charting duet with Owl City, Good Time ).

Less than a year after the Justin Bieber tweet that made her a star, Jepsen is out with a new album. Kiss, released Tuesday, was recorded as she was trying to find her feet with a new, very high-profile record deal and possibilities that once would have seemed a fantasy for the third-place Canadian Idol runner-up originally from Mission, B.C.

"I definitely felt [pressure]; if anything from myself more than anyone else," Jepsen says from Los Angeles. "I really badly wanted to prove myself in the situation."

She's certainly not complaining, but Jepsen, 26, said there came a point when, after being asked repeatedly in interviews about what kind of encore she could offer to the Call Me Maybe phenomenon, the enormousness of it all hit her one night. "Then I just realized it was something that I needed to get rid of and I did whatever I could to flush out that energy," she says. "I remember going for one of those long, long walks" – on the beach in Los Angeles – "where you don't come back until you've kind of settled with it. This is honestly an opportunity I've been waiting to have my entire life and ... I wasn't going to let the pressure of any expectation paralyze me or stop what I knew I was capable of doing, which is writing pop songs."

Still, even a music-industry veteran could have cracked: Wanting to capitalize on the enormous success of Call Me Maybe, plans were hatched for a fall release. Newly signed to Interscope in the United States, which in turn has a deal with Scooter Braun's Schoolboy Records, Jepsen was asked to submit a dream list of who she'd like to work with. "It's fun to collaborate, but I wasn't wanting to just take other people's ideas and try to pretend they were my own; it wasn't going to fly. ... it would have been ... easy to just kind of be fed the songs that were being offered. But that wasn't the record that I wanted to make; I wanted to make my own record."

Writing had to be squeezed into a jammed schedule, so she would find herself in Paris, on her one night off, holed up in a hotel room to finish the album's catchy opening track, Tiny Little Bows, rather than taking in the sights. "We got it together, we made it happen," Jepsen says. "It was too important to let sleep or schedules get in the way, so I did it in between the cracks of things."

Kiss is getting good reviews – if, at times, with a guilty-pleasure proviso. These are not lyrics over which you will linger, but you could do worse in selecting a soundtrack for some Saturday night party prep.

Kiss was born out of an album that was never released. In the early aftermath of the Call Me Maybe phenomenon, Curiosity was instead released as an EP (on Vancouver-based 604 Records, co-owned by Jepsen's manager Jonathan Simkin and Nickelback's Chad Kroeger), but not in the U.S. From the EP, Call Me Maybe made it to Kiss (no surprise) – as well as a pumped-up version of Curiosity.

It is a worldwide release.

Jepsen's rise to fame has been well-documented: Bieber was home in Stratford, Ont., for Christmas, heard Call Me Maybe on the radio (Cancon!) and tweeted. Bieber has millions of followers, and when he says something's the catchiest song he's ever heard, they listen.

The fact that Braun, Bieber's manager, ultimately brought Jepsen into his fold, and Bieber – according to a recent article in the New Yorker – gets a cut of the deal – might make you question how off-the-cuff that tweet was.

But Simkin says this was truly just a case of a teenaged kid digging a song and wanting to tell people about it.

"That was not orchestrated at all; that initial tweet on his part was a pure fortuitous moment," Simkin says. "We didn't have a deal with them at that point."

That video that Bieber and fellow teen idol pals (Selena Gomez, Ashley Tisdale, and so on) shot – which kind of looks like something done on a whim at a party – is a slightly different story.

"I think it had become clear we were headed towards that deal but honestly we, Carly and I, didn't have any sort of direct knowledge," Simkin says. "I think at some point Scooter Braun said to me, 'Hey, Justin's going to do this video' but we really didn't even fully understand what that meant at that point or what it was going to be."

The video, of course, sparked a lipdub tribute sensation that has seen everyone from Katy Perry to Colin Powell sing or appear to sing along.

Jepsen had not even met Bieber at that point. The night she did finally get that introduction – at an L.A. recording studio – he showed her a song, Beautiful , and she told him how rad she thought it was. Fifteen minutes later, surprise: She was in a booth, recording it, clutching onto lyrics she'd hastily scribbled onto a napkin before realizing she was playing in the big leagues, where they have printers and stuff.

They go on tour together this fall.

"The fact that Justin offered his support and shed some light on the project, and now I'm getting to take it to the next level, is really just like a beautiful bonus in my mind that I'm hoping to work hard to deserve."

Jepsen describes herself as homeless at the moment – she gave up her Vancouver condo after not stepping foot in it for months. These days, she travels so extensively she sometimes checks her hotel key card in the morning to figure out where in the world she has woken up.

But in her heart, she says, she lives in Vancouver and is already talking about visiting her parents in Mission and Maple Ridge, B.C., over the holidays. "I'm really looking forward to Christmas, just for the fact that I'll be back in Canada, in my pyjamas, not changing for a week, and just chilling with my family."

A year after the tweet that changed her life, she'll finally be able to stop and, she says, get some perspective about where she wants to live. Maybe.

MEME OF THE YEAR

Forget Song of the Summer. Call Me Maybe is the Meme of the Year. The original video has more than 257 million hits on YouTube. An overview of the parodies that followed, all available on YouTube:

Here's the original video – with over 250 million (yes, you read that right) hits on YouTube.

The original lipdub that launched a meme – and a star – featured Justin Bieber, Selena Gomez, Ashley Tisdale, a dog and others.

Carly Rae, I Am Your Father: The Star Wars Parody.

Vote For Me Maybe: Barack Obama.

And they called it puppy love: with "Corgi Rae."

And because it's the Jewish New Year (Rosh Hashanah): Chana Tova – en francais. 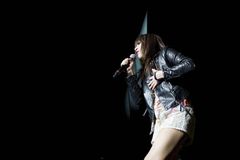 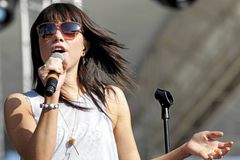 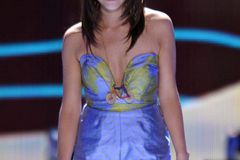