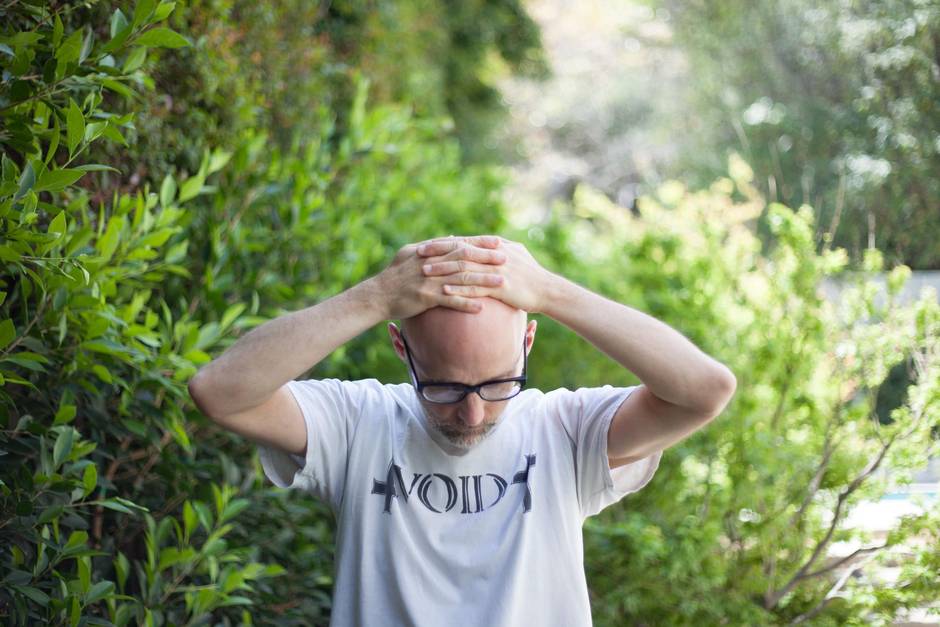 Why did his heart feel so bad?

Rolling Stone magazine describes Moby’s autobiography Porcelain as his “hedonistic memoir,” but Moby himself is not so sure of the description.

“Hedonism to me invokes a lot of pleasure,” the musician says, speaking in an empty hotel lounge one morning last week in Toronto. “The hedonism in the book is not very pleasurable. It’s got a grim sort of desperate quality to it.”

He’s got that right.

Porcelain begins with a dismal scene at the Fresh-n-Kleen Laundromat in Stratford, Conn., a nowhere town in which Richard Melville Hall spent part of his youth. On a cold, wet night in March, his unemployed mother wore a winter jacket bought from the Salvation Army for $5 as she washed and folded the laundry of neighbours for extra money. The linoleum counter was cracked; the lights, flickering and florescent. The boy who would grow up to be the world-class DJ and musician Moby (taking his stage name from Moby Dick author Herman Melville, an ancestor, his family told him) watched it all through the windows of a silver Chevy Vega in the parking lot. He listened to the radio play Diana Ross’s early-days-of-disco hit Love Hangover. To him it was the sound of the future.

By the time the book ends in 1999, his mother is dead from cancer. A hungover Moby is driving past Stratford on the highway, recalling an incident from his impoverished beginnings. He wasn’t good at sports, so he saved up money to buy a small gold-cup trophy for himself. But the shop owner told him that he only sold his wares to schools and sports groups.

“That paragraph made my girlfriend cry,” Moby says. “It’s about the need for validation and questioning where it comes from, which, in my case, involves a lack of self-worth and feelings of inadequacy.”

If the book is reflective and often bleak, it’s not really a moody chronicle. The 50-year-old electronica legend has crafted a lively and soulful quick read set against New York’s dance-music scene of the 1990s. A rave culture that was initially joyful and euphoric that turned darker (but still cathartic) as the decade wore on. Moby’s own life mirrored that musical trend.

In person (garbed in a ball cap, hoodie, jeans and thick-framed glasses), the unshaven Moby presents as a thoughtful and tightly wound chap, with a quiet intensity that manifests itself in an almost audible high electronic hum.

Asked about the incredible detail of his memoir, he shrugs. “It either means I remember things that other people might not remember, or it means I’m comfortable with things being mildly inaccurate.”

The book is named after his elegantly melancholic song from 1999’s breakthrough album Play, and, in preparation to write it, Moby read other rock memoirs. His favourites were Bob Dylan’s Chronicles (“very special”), Patti Smith’s Just Kids (“quite good”) and Duff McKagan’s It’s So Easy and Other Lies (“endearing and lovely”).

Others, he didn’t like so much. “I found a lot didn’t resonate with me,” Moby explains. “Some of them felt like they were attempts by the writer to tightly control how they would be perceived. They’re putting their story through a winnowing filter.”

Oh, my. Sounds like he had a bad experience with Elvis Costello’s Unfaithful Music & Disappearing Ink, a beautifully written but mannered tome. 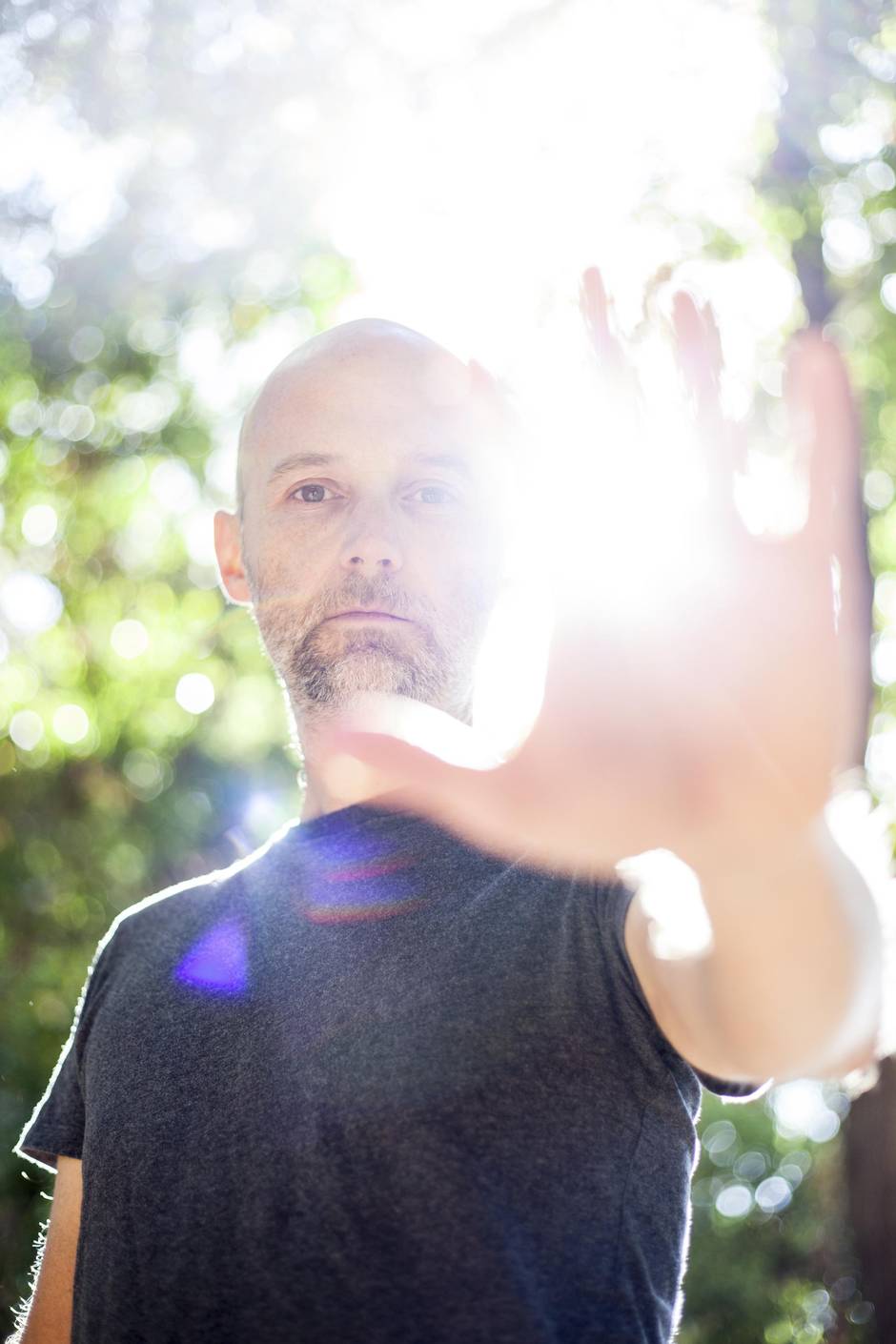 The 50-year-old electronica legend has crafted a lively and soulful quick read set against New York’s dance-music scene of the 1990s. (Melissa Danis)

“Oh,” Moby says, sitting up straighter in his chair. “I haven’t read his.”

Mostly, he was inspired by The Journals of John Cheever, a collection of personal notes not intended for publication. (John Updike deemed it a “rapid posthumous invasion of his privacy.”)

“Cheever’s writing was unflinchingly honest,” Moby says. “So, for my little memoir, at the very least, I decided to aspire to be as honest as I could be, as opposed to presenting a polished, edited version of myself.”

And so, Moby’s honest recollections involve a squatter’s paradise in an abandoned factory in Connecticut, details on his vegan lifestyle and his complicated relationship with Christianity, his rise to New York fame and his decision to end eight years of sobriety.

Fun bits include his Forrest Gump-like adventures, including the story of an early DJ gig at Manhattan’s La Palace de Beaute. Some 50 people showed up, but two of them were Madonna and, independently, O.J. Simpson.

“He danced really badly,” says Moby, shaking his head at the bizarre memory of the not-yet-disgraced footballer. “He danced like an awkward white person.”

Madonna didn’t dance at all. “She was so still, not leaning in and not gesturing,” Moby says of the Vogue-singing superstar, who didn’t move an inch when the rising young DJ extended his hand. Instead Madonna had just three and a half words for him: “You’re very talented.”

For all Moby knew, the compliment was a generic one – one that Madonna might hand out to any old doorman or Rosie O’Donnell. “It was a weird, dry pronouncement, which I didn’t take too personally.” He later got to know Madonna, but the initial encounter was precise and abrupt. “Almost surgical,” in his words.

Darker bits involve his descent into alcoholism and his mid-nineties rise and fall. His decision to follow up his major-label techno debut Everything is Wrong with a punk album (1996’s Animal Rights) was disastrous. Critics panned the album. His American record label, Elektra, stopped returning his manager’s phone calls.

And his hedonism was an unhappy kind. 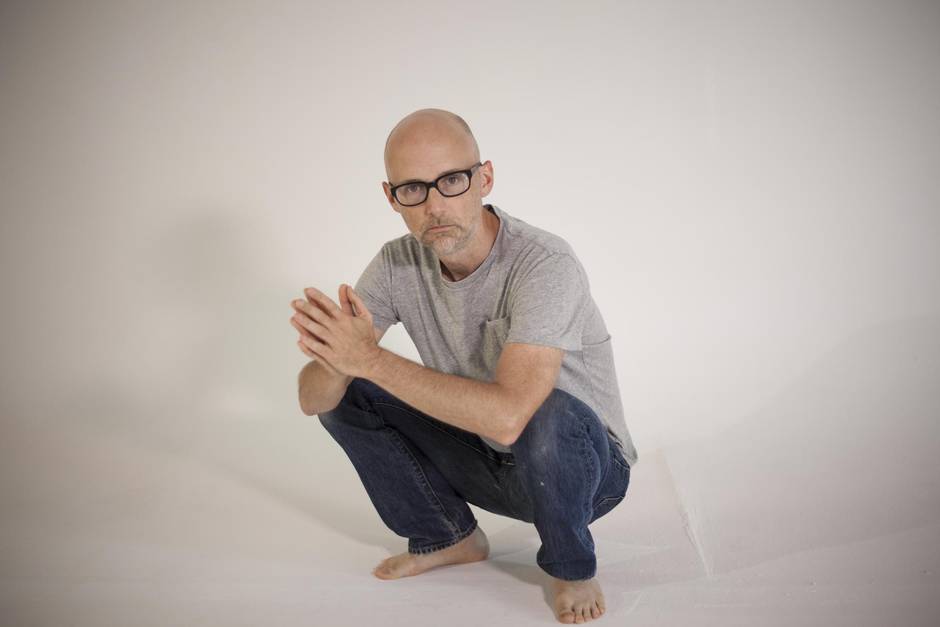 In person, the unshaven Moby presents as a thoughtful and tightly wound chap, with a quiet intensity that manifests itself in an almost audible high electronic hum. (Melissa Danis)

That’s where Porcelain ends: The rock star, with a bottle of Jack Daniel’s in one hand, a stripper in the other – and a death wish on his mind. Moby liked the idea of closing off his book at a point where other memoirs might begin.

If the book ends in 1999, there were more chapters, of course, in the musician’s career. Play, a bluesy disc of Platinum-selling electronica, would thrust Moby into the mainstream. On a personal and emotional level, however, reaching his peak would take longer.

Moby is currently attempting to write a follow-up book that covers 1999 to 2009, but is struggling to tell an often-told story in a new way. “That part of my life is less unique,” the musician says. “More drinking, more drugs, narcissism, entitlement, the perils of fame and bottoming out.”

Let’s skip ahead to 2016, then. That little boy who wanted to buy validation at a trophy shop, whatever happened to him? That Moby whose 1999 single Why Does My Heart Feel So Bad? asked a universal question, how did things turn out for him?

“Time passes and you realize you are who you are,” the man in front of me says. “Structuring my world based on the pursuit of validation and holding on to irrationally low self-esteem stops making sense.”

Moby’s career is on an even keel now. He tours less, and his most recent album was this year’s Long Ambients 1: Calm. Sleep, described on his website as “four hours of quiet ambient music I made for myself but now want to give to you for free.”

Ambient? Calm? Free? Moby has abandoned the pursuit of his own white whale.