The season of flower-crowned fête habitués has returned and, with it, the question asked louder each year as if spurred by a vigorous MC’s instruction to “make some noise”: Why are so few women being booked to play music festivals?

The announcement of this year’s North By Northeast (NXNE) line-up revealed a distressing ratio: Just one out of nine acts initially announced to play the Toronto festival’s flagship Port Lands venue included women. (Of the 16 acts later announced in total, four of those artists did not identify as men.) Australia’s Spilt Milk Festival has only one woman on its bill this year. The Toronto stop of the Mad Decent Block Party has zero. Coachella, the most well-known music festival in North America, has only ever featured one woman headliner in its top slot since launching in 1999.

Yet festival ticket holders who are women typically outnumber ticket holders who are men. According to the most recent Nielsen Audience Insights Report on Music Festivals – with the caveat that quantifying people by gender can be tricky – American music festival audiences are about 51 per cent women and 49 per cent men. Nick Farkas, vice-president of concerts and events at Evenko, which owns Montreal’s Osheaga Music and Arts Festival, says that Osheaga’s audience is 60-to-65 per cent women. Similarly, the Recording Industry Association of America reports that women make 54 per cent of online album purchases. 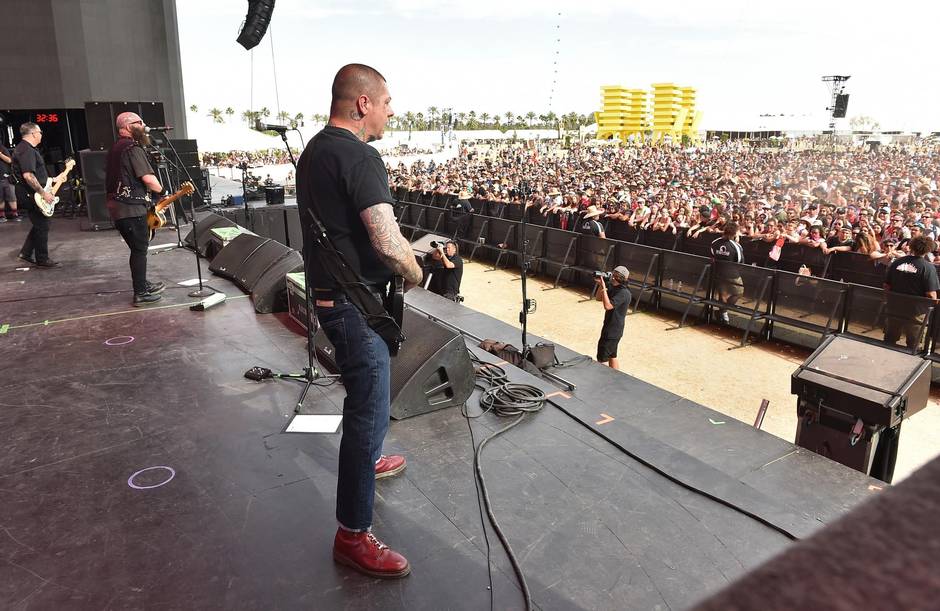 Festival programmers will lean on a few justifications – that gender imbalance is a music industry problem, not a music festival problem; that a programmer can only book what’s in front of them; that booking women won’t return as much profit as booking men and that no women were available to play. It may be crass to call these excuses outright sexist, but it is meek to continue accepting them as fact.

“To say that a woman is not going to sell tickets, I don’t believe that to be true at all,” says Lauren Beck, director of music programming at Brooklyn’s Northside Festival. “If you’re looking at straight-up numbers, sure, I do think there are more male musicians to choose from. But that doesn’t mean their band is better or could sell more tickets. Programmers should be showcasing what’s striking a chord with people, and what they find interesting.”

On the heels of this year’s NXNE was the inaugural No Fest, a two-day event put on by Toronto indie label Buzz Records. Of 11 bands booked, eight included women. Label co-founder Denholm Whale says that booking a gender-inclusive festival was not difficult or even deliberate.

“I just looked at the bands around me, and the bands I listen to, and there were a lot of women,” he says. “A lot of what goes on in the music industry is still controlled by an old guard, older generations continuing to hold the same jobs, keeping the same mindset in the back of their heads, whether it’s conscious or not.” 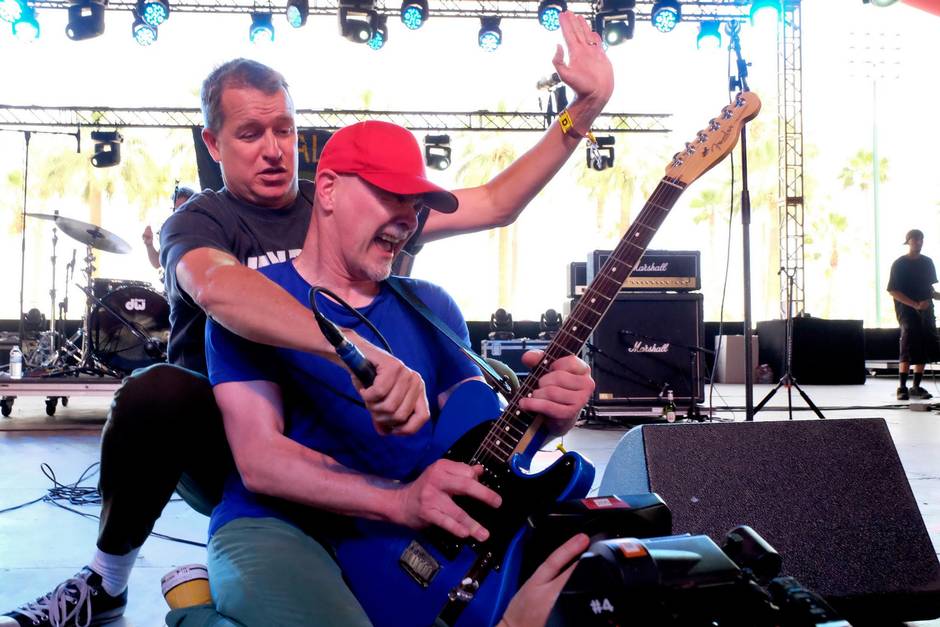 Whale acknowledges that budget, availability, radius clauses and negotiations are all factors that can complicate talent-buying, but rejects the idea that a festival cannot be both inclusive and successful. “If you have a major festival of cultural significance in a huge city, I think you have some responsibility to take into consideration … the social repercussions of your programming.”

On the other side of the debate is Michael Hollett, the founder and president of NXNE. Hollett argues that a festival can only program artists who are available to be booked. “It depends on who’s out there. In some ways it’s the luck of the draw,” he says, adding that NXNE’s club shows featured “plenty of women.” (NXNE, like many festivals, does not officially keep track of the genders of its performers.)

There exists a pervasive fallacy that parity is charitable, that to include women and gender non-conforming people of various cultural backgrounds is but a loss-leading gesture. Of the many male event planners and talent programmers I surveyed, all told me the same two things: inclusivity is a priority to them, and they strive to book at least one woman on every bill. This approach feels more like a begrudged obligation or a move toward self-congratulatory optics than a genuine goal. And those token women tend to be white.

“I don’t think musicians who are men sell more tickets than musicians who are women,” says Cameron Wright, vice-president of operations and live programming at Canadian Music Week. “It’s about the music. The music sells the ticket, not their gender.” Though past Canadian Music Weeks have been criticized for gender imbalance, Wright says that “equality on all fronts is always involved in our decision-making.” 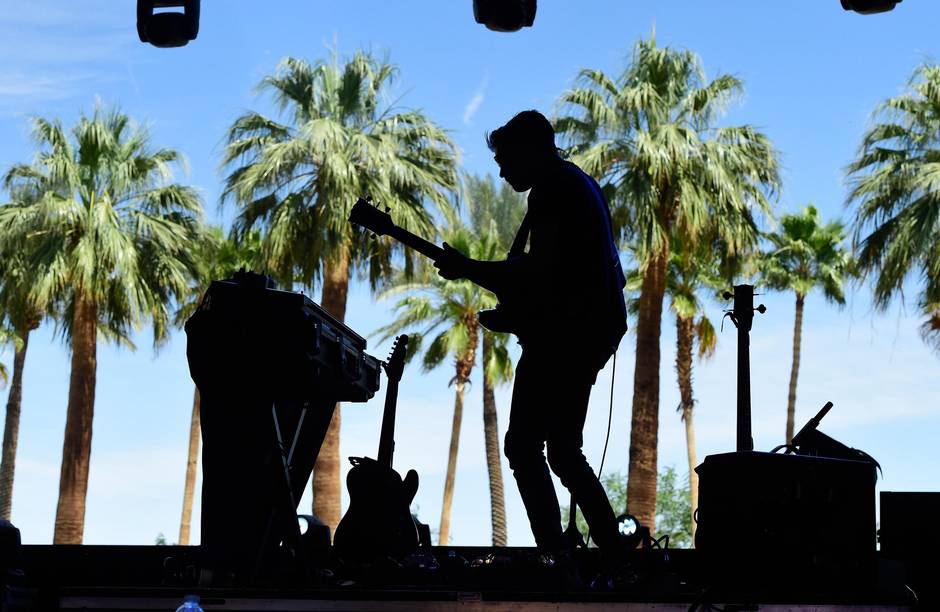 Some, like Shaw, encourage mandates that would guarantee inclusive gender regulations. Others, such as Osheaga and Evenko senior programmer Joelle Bertrand, believe quotas aren’t the right approach. “Being a woman is not a genre, so I don’t want to put a quota on it,” she says. “Then you’re putting every woman in the same box, which is counterproductive. I think what we need to do as festival buyers is make sure that we’re representing women in every genre, without a quota.” (This summer’s Osheaga line-up will be 33 per cent women.)

With regards to “who’s out there,” it is worth noting that most grant-funding initiatives do not finance musicians with parity in mind. Chip Sutherland, executive director of the Radio Starmaker Fund, points out that some acts funded by the Canadian organization are fronted by women, but otherwise contain all men. (Gender is indeed difficult to calculate, and many do not identify as “man” or “woman.”) The Canadian Arts Presentation Fund, and other government programs that support live events, cannot mandate any criteria relating specifically to gender representation, as per regulations set by the Treasury Board of Canada. The Foundation Assisting Canadian Talent on Recordings, however, is currently undergoing a system update that will make tracking gender and other demographics possible.

This year’s Field Trip music festival, without a gender quota, booked a bill comprising 52 per cent female musicians. Seventy-five per cent of art installations at the event were women-built. Canada’s Lunenburg Folk Harbour Festival and Australia’s Yours and Owls are also on track to achieve gender parity this year. In May, the CBC Music Festival featured a bill of 64 per cent women.

Gender parity is possible, but programmers have to want it.

“It’s a self-fulfilling prophecy,” says Dana Keith, festival director of Northside. “If you continue to not put women there, they won’t be there.”