It's a shame Charles Dickens isn't around to chronicle our age: If Mark Zuckerberg has his way, 21st-century Oliver Twists might soon be toiling away as child labourers in FarmVille.

Last week, the mystery of how Facebook will increase its user base became a little clearer when The Wall Street Journal reported that the social network is developing tools that might enable it to extend membership to children under 13.

There are other social networks that already allow preteens to join, but Facebook is the 900-pound (or 901-million-member) gorilla, and its new status as a public company ensures that anything it does will draw attention to the entire industry. Which means that the halting conversation taking place among special interest groups over the past few years about the role of social networking, advertising and privacy may finally break into the mainstream: People have an impressive ability to finally pay attention to an issue when it involves children.

At the moment, U.S. federal laws prevent teens from becoming Facebook members, but studies have found there are millions of preteens who are already on the network. Apparently, some kids are smart enough to realize there are precisely no safeguards against them joining up by submitting a fake date of birth.

The plans in development would enable kids to sign up with an account that's linked to their parent's membership. Posts would be seen only by friends rather than the general public, and friend requests would have to be approved by a user's parent.

Advocates for the move say it's better to bring kids' activities into the open so they can be monitored. In lying about their ages, kids are currently exposing themselves to inappropriate material. And who knows: Maybe kids will get more attention from their (Facebook-addicted) parents if they turn up on occasion in their news feeds.

But making the kids' presence legitimate could solve one problem while bringing on a host of others. Facebook is where most people learn about and gain access to apps; the social network can't be held responsible for what happens within those environments, such as uploading videos or engaging with other (older) players. And while parents are, of course, ultimately responsible for their kids' online activity, it seems unlikely they would be able to maintain that control.

Most adults don't even remember to sign out of Facebook. Not only does that make it easy for kids to grant themselves permission to engage in certain activities without their parents' knowledge, it also illustrates how careless adults are in their own online behaviour.

Are preteens ready to make decisions that could stay with them for the rest of their lives?

A few years ago, Facebook opened up membership to kids aged 13 to 17, with gentle advice on how to conduct themselves online. But amid the rough-and-tumble that is adolescence, the words of caution found in the company's Family Safety Center seem as earnest and tin-eared as those of a guidance counsellor: "Before you post, ask yourself – would I be OK if this content was shared widely at school or with my future employer?"

The preteens I know barely have a grasp of what's going to happen at summer camp next month. Now we're suggesting they project themselves into a cubicle life 20 years into the future?

Still, it's hard to know where to turn for wisdom as the discussion unfolds. When The Journal's report broke, the co-chairs of the Bipartisan Congressional Privacy Caucus, Representatives Ed Markey and Joe Barton, wrote to Zuckerberg, saying, "While Facebook provides important communication and entertainment opportunities, we strongly believe that children and their personal information should not be viewed as a source of revenue."

Which is kind of astonishing, considering a large swathe of the Western economy is already built on that premise. The youngest demographic counted in TV ratings is 2-11, which means that every time you plunk your toddler in front of Teletoon so you can get dinner on the table, the channel's ad rates go up. In the United States, the No. 1 cable channel is Nickelodeon; its 2010 revenues were more than $1-billion.

It's hardly necessary to note that Nickelodeon's corporate parent, Viacom Inc., spent millions of dollars lobbying the federal government last year, and will likely be a big contributor in this year's elections. 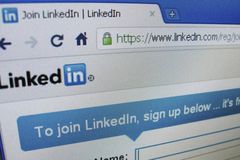 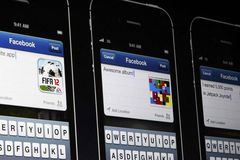