Look around and it’s as plain as a poke in your eye. There is a weakening of rules and the truth is considered seditious. What was considered once-in-a-thousand-years flooding is routine while the root causes are argued from the vantage point of dry land in parliaments and other political assemblies.

Our cultural arbiters are those who attack the most viciously. Our skepticism is diminished by fear of attack from those who promote fashionable ideologies the most loudly. Liars are in power and we’re too overwhelmed to be appalled.

In this context, the intense mini-series Chernobyl (Monday, Crave/HBO, 9 p.m.) arrives. It’s hard to watch not only because of its grim, realistic depiction of what happens to those exposed to radiation. It’s tough to consume because it’s not just about the notorious nuclear disaster. It’s about the relentless campaign by those in power to deny mistakes, deny the existence of chaos and harm, and spread misinformation. That part of it is as intense as the frightening dramatization of the first hours of the nuclear disaster at a town in Soviet Ukraine in 1986.

The first words spoken in the series are, “What is the cost of lies?” The speaker continues, “The real cost is we no longer recognize the truth.” The speaker is Valery Legasov (Jared Harris), a nuclear physicist. In the opening scene, he takes his own life.

Then, the series takes us back into the terrifying chaos of the nuclear plant on the night of the accident that would soon leave a vast area uninhabitable for centuries. The staff, in shock and confused, are bullied by the on-site boss to do this or that repair, obliged to perform actions that are in complete denial of what’s just happened. Deny, deny, is the rule.

While some of those forced to work close to the reactor core collapse and die quickly, people in the nearby town of Pripyat, where many Chernobyl staff live, gather outside to watch the spectacular fire in the distance. Children are awed and delighted by the strangely beautiful light in the air. In a hospital not far away, a nurse looks out at the fire and asks a doctor if the hospital has iodine. “Iodine pills? Why would we have iodine pills?” the doctor asks dismissively.

Meetings are held and local politicians call in the Soviet bosses. An elderly official says, “People ask questions that are not in their own best interests.” And, because he’s an old hand at manipulating the population, they all agree with him.

In Episode 2, it’s more than 24 hours after the accident, and Legasov is there as an expert to sort out what went wrong and what might happen next. His duty is to explain and to guide Deputy Prime Minister Boris Shcherbina (Stellan Skarsgard) with information. The politician is at first concerned mainly with the Soviet Union’s international reputation in nuclear energy. Fixing the problem and protecting the population are less important than the spin, and finding some low-level person to blame.

Eventually, into this horrifying muddle of denial, blame-finding and lies comes physicist Ulana Khomyuk (Emily Watson), whose job is to determine what actually happened on the night of the accident and get information from local people. (While many of the figures depicted are real, Khomyuk is a composite figure.) She becomes the viewer’s eyes and ears, witnessing the gruesome impact of radiation on the plant’s workers, their families and the entire local population. Nothing you’ve watched in battle scenes on Game of Thrones matches the grisly, macabre aftermath of radiation attacks on the human body.

The unique thing about Chernobyl, the mini-series, is that while it set out to illustrate the horror of a nuclear disaster it also aims to interpret how the disaster was handled by those in power. Deny, deny, was the rule. (It is written, created and produced by Craig Mazin, for the British broadcaster Sky, with HBO, and as such it is a very British production.) The viewer is not only challenged to witness the horror, but obliged to dwell on the tangle of lies and misinformation that is beggared by the real, horrifying impact on people and the landscape.

As such, it is hard to watch and not for everyone. (If you want easy, Bachelorette Reunion: The Biggest Bachelorette Reunion in Bachelor History Ever, airs Monday, ABC, City TV, 8 p.m.) It takes some resolution to watch what can make you uncomfortable. But you will be rewarded. Look around you. It takes resolution to interpret the world around you.

And with that I leave you for a wee break. Back late next week. Be good to each other and enjoy what you watch in serenity. 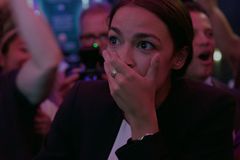 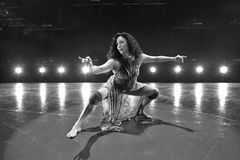