The first person to use the cliché “the show must go on” did not reckon with the coronavirus pandemic. Venues for the performing arts have gone dark. As with the absence of professional sports, the absence of theatre, opera, ballet and other genres only serves to emphasize what a vital role they play in a civilized society.

The performing arts in general are a kind of palliative, fighting off the despair that is inspired by the random malevolence of plague, pestilence and pandemic. They are order, beauty and joy combating the meaninglessness that the pandemic represents. Science be damned, some might say, it is the arts that will save us.

Certainly the performing arts offer succor and these days we are lucky to be able to find the experience of theatre, opera and ballet, even in a self-isolating, quarantined life. Herewith, some choices.

La Bohème (CBC Gem) was Canada’s first professional opera livestream when done last year and the experience is still there to enjoy and relish at any time on CBC’s streaming service. Live from Toronto’s Tranzac Club, the 19th-century Puccini opera was reimagined with very contemporary twists by Against the Grain Theatre. The company’s Joel Ivany turned the story into a tale about millennial aspiring artists trying to survive in a Toronto of rapidly risings rents and declining interest in young artists.

Tenor Marcel d’Entremont is Rodolfo, an aspiring screenplay writer who falls for “florist and sewing enthusiast” Mimi, sung by Jonelle Sills. Baritone Clarence Frazer sings Marcello who is, in this version, an OCAD-trained illustrator, and his flirty sweetheart named Musetta is sung by soprano Danika Lorèn. It is simply an astonishing show. No, you don’t get the full experience of being in that club on that night, but you can only be invigorated by it, from the pizzazz of David Eliakis accompanying the artists from the piano, to the magnetism of Danika Lorèn, who owns the show.

American Son (streams on Netflix) is a stage-to-screen adaptation of the original play.

However, it is filmed as a play, not a movie or TV adaptation, and designed to deliver the emotional energy of the Broadway version. It features the same writer, director, and reprises performances by the original cast – Kerry Washington, Steven Pasquale, and Jeremy Jordan.

It’s not an escapist drama. In fact, it is very bluntly about racism, class, police violence and the unjustified killing of young black men. Its spare setting is a Florida police station where Kendra Ellis-Connor (Washington), the mother of a missing teenager, Jamal, is trying to figure out what has happened to the boy and what is happening to her. The play’s emotional pivot occurs with the arrival in the second act of Jamal’s father, and Kendra’s ex-husband, Scott. He’s white, angry and disdainful. American Son is a play that would be impossible to expand into a movie; it’s too intensely anchored in these characters and their resentments. It works wonderfully as a play to experience on TV in your own home.

Hamilton: One Shot to Broadway (streams on Amazon Prime Video) is a behind-the scenes look at the hottest musical in years – there are interviews with Lin-Manuel Miranda, director Thomas Kail, and cast members including Leslie Odom Jr. and Renée Elise Goldsberry, plus showcased scenes. It tells you how Hamilton went from a concept album to stage sensation.

And then there is the under-the-radar streaming platform Marquee TV, based in Britain and launched in 2018. It costs $10.99 a month, or $109.99 a year and it’s all arts-performance all the time. (Right now, “in response to world events” the platform has increased its free trial period to 30 days.) You can see the Royal Shakespeare Company’s Richard II starring David Tennant, The Bolshoi Ballet’s Swan Lake starring Svetlana Zakharova and Denis Rodkin, and The Royal Ballet’s Alice’s Adventures in Wonderland.

That’s only a partial list. Yours truly has already seen the film of the Graz Opera production of La Traviata, with German coloratura soprano Marlis Petersen sensational in the title role. And that brought order and joy beyond compare. 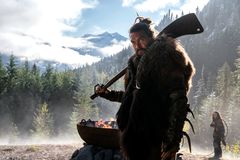 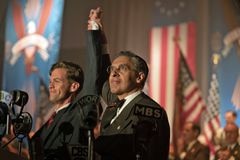 Canadian Screen Awards set for March 29 are cancelled due to coronavirus
March 12, 2020 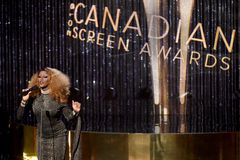