John DoyleTelevision critic
Published May 3, 2021 Updated May 4, 2021
For Subscribers
Comments
Text Size
Please log in to listen to this story. Also available in French and Mandarin. Log In Create Free Account

Tuesday is the fourth of May, which is special if you’re a Star Wars fan. “May the fourth” sounds like “May the force be with you.” People dress in Star Wars costumes and watch movies and natter about such thing all day. That’s nice.

This column for Tuesday, May 4, is not about that. Instead, I ask you think about the name Amanuel Asrat. He was the editor of a newspaper in Eritrea and a poet. In 2001, he was arrested and jailed along with the editors of all privately owned newspapers in that country. He hasn’t been heard from since.

Escaping Eritrea (Tuesday, PBS, 10 p.m. on Frontline) is a new report about life inside a country that is sometimes referred to as Africa’s North Korea. There is much footage, made secretly, and testimony from people who have escaped and it contains stunning allegations of torture, arbitrary detention and indefinite forced conscription. It is not an easy watch but a necessary, sobering one. It’s a reminder that while we deal with a pandemic and wring our hands about how we live, there are places where life truly is a living hell.

Eritrea, with a population of 3.5 million, is a one-party state in which elections have never been held. President Isaias Afwerki has been in power since 1993. There is compulsory military service and, as the program explains, refusal to serve is a major reason why so many youths try to flee. Often the government conscripts people as young as 15.

As one young woman featured says, she tried to flee, was captured, held, tortured and then sent to do military service. Mostly, she and other young women worked as labourers on farms owned by military leaders. They were sexual slaves, too. According to Human Rights Watch, the Eritrean government’s human-rights record is among the worst in the world.

It is near impossible to film inside Eritrea and the program – made with Channel 4 in Britain – relies heavily on the testimony of those who fled to Ethiopia and a handful of film clips they brought with them. The full picture is devastating. As a UN official explains, almost every town, village and zone has a prison into which people disappear. We see footage of a crowded prison, with people packed like animals into one large room. Many are interrogated constantly, forced to name others who might dissent from government policies.

The program pivots around events in 2018. That’s when Eritrea’s Isaias and Ethiopian Prime Minister Abiy Ahmed signed a joint declaration formally ending the state of war between the two countries that had lasted for decades. The border opened briefly and we see news reports of delighted Eritreans reuniting with family members who had fled.

The period of openness was brief. Soon the Eritrean government returned to being obsessed with people trying to leave the country. The Channel 4 team had given a small camera to a man who filmed in secret and the footage is deeply disturbing. Eritrea emerges as a country obsessed with securing its borders and incarcerating its citizens. You are left with the impression of this country being one vast prison camp. Little wonder some of the young refugees interviewed say they walked unafraid through minefields, in order to escape.

The program takes viewers up to the period, a few months ago, when an independence uprising in the northern Ethiopian region of Tigray allowed Eritrea, now Ethiopia’s ally, to invade. The region held many of the refugee camps to which Eritreans had fled. The UN and its humanitarian partners say there are credible reports of massacres, looting and sexual assaults by Eritrean troops. Many refugees have been hauled back to Eritrea and imprisoned.

Ethiopia’s Prime Minister, Abiy, was awarded the Nobel Peace Prize for ending the conflict with Eritrea. He went to Oslo to accept it. Amanuel Asrat was awarded the International Writer of Courage award by PEN last year. But his whereabouts are unknown. 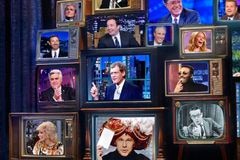 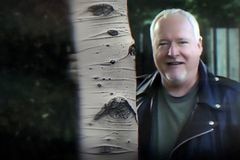 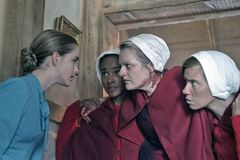