So here we are at the Thanksgiving long weekend. Are we good? Well, we are grateful that we got here and intent on ease and escape. We think of family and friends we cannot see in person, then cozy up and, in our minds, depart from this troubled time. Listen, it’s a plan.

If your need is escapism, there are two top choices this weekend. One is froth with a bit of bittersweet tang and the other is a superb adventure in horror that is shockingly close to our grim situation.

Emily in Paris (Netflix) was the No. 1 Netflix thing in Canada this past week. No wonder. It’s bonkers, brazenly unclear about who or what we are rooting for. It stars Lily Collins as Emily Cooper, a young and savvy marketing employee who moves from Chicago to Paris for work (the office in Chicago just bought the Paris-based company), without connections, friends or a word of the French language. “Fake it 'til you make it” is her smiling response when her boyfriend points out she doesn’t know any French.

In Paris, every cliché about the French, their social mores, food, clothes and attitude, is played to the hilt. (Several newspapers have felt obliged to point out that the French are insulted by the series. Quelle surprise.) And Emily breezes onward, insulting people, misunderstanding others and being arrogant when she thinks she’s being chipper.

It’s a very funny series, caustic at times about the heroine and sometimes scathing. It also looks stunning and Emily’s daily ensemble is a thing to behold. But, note this: It is not a silly concoction. Created by Darren Star (Sex and the City, Younger) it reaches back to an old theme in American writing – the free, innocent American spirit clashing with and compromised by that old, unknowable European sophistication. Watching Emily in Paris I thought often of Henry James’s great novella Daisy Miller. That is, it’s fun and funny but also a close examination of complex social conventions.

To The Lake (new on Netflix) is a superb new horror-thriller series. Uncannily so. Brace yourself before you embrace it because this Russian series (with English subtitles) is about a society coming apart as an airborne disease spreads rapidly.

Impressively made with some stunning visuals, it is rooted in a small group of well-drawn characters. Central to everything is Sergey (Kirill Karo), a decent man in love with his wife Anna (Viktoriya Isakova) and caring about her son, Misha (Eldar Kalimulin), who has been diagnosed with Asperger syndrome. Sergey’s problem in life is his ex, Irina (Maryana Spivak), who now loathes him and tries to keep their son Anton away from him.

Then there is the boorish oligarch-type Lyonya (Aleksandr Robak), who with his pregnant wife Marina (Gilli Messer), a former stripper, tries to cope with his tearaway daughter Polina (Viktoriya Agalakova). Polina is a great creation, an absolute nightmare of ticked-off teen rebellion. They all know each other, but not that well.

The series opens with suggestions of doom in Moscow as many people become ill. Soon everyone’s wearing a mask. There is quarantine and isolation. Then things get worse as military figures go rogue and rampage. Then, the meat of the series is a long road trip to a place that might be safe.

One of the few reviews to date of the eight-part series called it Slavic Noir. Accurate enough, that. It’s superbly paced; thrilling, frightening and singularly enthralling. One of the finds of the year.

It’s a fly-on-the-wall documentary about trade unions, giant corporations, globalization and local communities that depend on big corporations. Specifically, it’s the backroom fight to prevent the closure of Oshawa, Ont.’s General Motors plant in December, 2019 and the loss of 5,000 jobs. The focus is on Unifor, the national union representing the autoworkers, and the complex feelings the workers have about the plant, the union and a path forward. No one is spared in this telling. It also features an appearance by Sting who was performing in Toronto in The Last Ship, his play about the near demise of a shipbuilding town in England, when the GM crisis erupted.

The Spanish Princess (Sunday, Crave/Starz, 9 p.m.) returns with new episodes. It is most certainly escapism, a lush frock-opera with dubious historical accuracy. It’s about Catherine of Aragon (Charlotte Hope), a figure usually dispatched to the dustbin of history as an early wife of King Henry VIII. Here she’s the wily young woman, at first horrified by England, especially the weather, and then set on uniting Spain and England by being a warrior leader. Or something like that. (You can catch the first batch of episodes on-demand on Crave.) You can be lost in it, in a pleasantly bewildered way. Happy Thanksgiving. 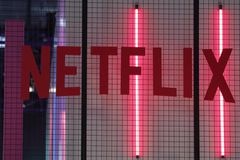 Motel from Emmy-award winning show Schitt’s Creek is up for sale
October 8, 2020 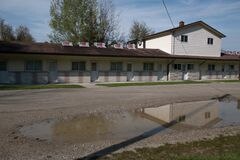 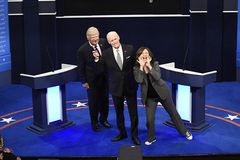