The obvious and painful question to ask about Gracepoint (Fox, Global 9 p.m.) is, why?

It's big, beautifully made (near Victoria), has an accomplished, elite cast and is an absorbing mystery story. But, you know, it's a precise copy of the British drama Broadchurch. So you have to ask – why on Earth make a copy? The original was very good (not a work of genius, but good) and in English, and easily available to anyone who wants to see it.

Fox leapt on the original for a remake. An old-school decision, really, that takes you back to the days when U.S. networks mined British TV for templates and stories that could be reworked for an American audience. But that was before, back when the original was inaccessible.

Now Fox bills Gracepoint as a "mystery event," which means it's 10 episodes long and you're meant to be gripped for 10 weeks and satisfied. After seeing two episodes I'm still asking, why? But I see subtle differences that, perhaps, illuminate differences between the U.S. and British approaches to TV storytelling, character development and casting.

It is, at basis, a small-town mystery, with the usual elements. Someone is killed and, as the search for the killer unfolds, all the town's dark secrets come to the surface. Here, the setting is northern California, on the border with Oregon. A pretty place, off the beaten track. But here, the majesty of the cliffs in Broadchurch is missing. The setting is striking but the original had something of the primordial about it. Here, the awe that nature evokes doesn't make an appearance.

David Tennant plays the investigating detective as he did in Broadchurch. That adds to the weirdness of a remake that seems close to a photocopy. But here his Detective Emmett Carver is more seedy, cynical and inscrutable. That's the American touch – add another layer of pointless enigma to the cop.

The plot, at the beginning, is certainly the same. A boy is found dead on the beach. The police arrive and the lead detective's sidekick is revealed to be a woman still bitter after being passed over for promotion. The boy's parents are devastated and then, slowly, the boy's father is revealed to be someone with secrets.

The first instance of Gracepoint going awry is in the key scene where the boy's mother senses that her child is dead. In the original, the mother, Beth (Jodie Whittaker), got out of her car and began running toward the beach. The scene is wonderfully delivered. This strong woman, in a summer dress, races forward and you can see every sinew and muscle of her body is gripped by fear and panic. Here, Beth, as played by Virginia Kull, is emphatically less strong, presented to us as a soccer mom-type. That too is the American touch – the need to firmly establish an ultra familiar figure, lest the viewers are confused.

What's particularly odd is the core relationship between Tennant's character and his resentful sidekick. In Broadchurch the sidekick was DS Ellie Miller (Olivia Colman), an unglamorous woman, who isn't a bad police officer, but one who knows the locals too well to be skeptical. Here the sidekick is still called Ellie but is played by Anna Gunn, who was stunningly good as Skyler on Breaking Bad. This Ellie is distinctly more glamorous and more shrewd as a cop. The tense dynamic of the original is undermined.

And so we come back to, why? Kevin Reilly, who was running Fox when the Gracepoint decision was made, said to TV critics in January that he had considered airing the British version. "We really did contemplate it, but I think it would probably be lower-rated, where we could have a really big win with this." Reilly also acknowledged that Gracepoint will have a different ending than Broadchurch but, otherwise would be faithful to the original. "I've learned the hard way, don't fix what ain't broke," he added.

The upshot (without seeing the new ending) is very strange. It's faithful to Broadchurch on the surface but not in the subtle substance. If you loved Broadchurch you'll find Gracepoint fascinating, perplexing and you'll still be asking, why?

Reign (CW, CTV Two, 9 p.m.) returns and remains an interesting hybrid – it's historical costume drama meets teen soap opera. We're in the 16th century and Mary, Queen of Scots (Adelaide Kane) is worried about boys, marriage and stuff like that. Mostly she hangs out with her buds, who giggle and gawk and wiggle and talk about boys. What is compelling is the unapologetic priority given to the heightened sexuality of the female figures. It's not just saucy at times. It's plainly interested in the sexual drive of these young women presented as untouchable vessels of purity.

Why Magic in the Moonlight's Jacki Weaver thanks her lucky stars
August 1, 2014 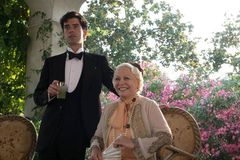 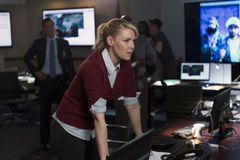