James Wright remembers exactly where he was standing when he made a declaration during a 1988 visit to Vancouver. He was in the West End, a few blocks from Stanley Park, when he turned to his friend and said, "I want to live here, right here, someday."

He was an American living in Alaska, running Anchorage Opera. His next job was running Opera Carolina in Charlotte, N.C. When a search firm came calling about the opening for the general director position at Vancouver Opera, Wright remembered that moment a decade earlier. But he never thought he would end up spending the rest of his career here.

He did. Wright, now 66, retires June 30 from Vancouver Opera, which he has led for 17 years. As he packed up his office last week, he reflected on his time at the company – high and low points, what's next for the company and what's next for him personally.

"It's the best job I've ever had – by far," says Wright, in his increasingly bare office at the Michael & Inna O'Brian Centre for Vancouver Opera, which he opened in 2011, consolidating a number of VO (a branding that also happened under his watch) operations into a former warehouse space in East Vancouver. "I just felt like I came home very early on."

The O'Brian Centre will certainly be one of Wright's most permanent stamps on the company, but when I ask what he considers his legacy, he answers: stability – in the company leadership and at the board.

While that's valid, it's hard to think of a bigger change under his leadership than the decision to condense the traditional stagione opera season into a three-week festival, which launches next year. The move has received mixed reviews, to say the least, but Wright remains confident in the decision.

"I feel as strongly as ever that it's the right thing to do," he says.

Wright joined the company in 1999. In 2002, he brought in music director Jonathan Darlington – who still holds that position (more stability).

An early test for Wright (and Darlington) was the 2004 production of Richard Strauss's Der Rosenkavalier, when star U.S. soprano Deborah Voigt withdrew from the production about two weeks before opening night. "Ms. Voigt was stretched too thin and exhausted," read a news release at the time. The production opened as scheduled – with soprano Carol Wilson in the role.

"You kick into gear," says Wright, when I ask about the stress of that situation.

Even in uncertain times for opera, Wright has not gone the safe route. He has been a champion of bringing contemporary repertoire to the regional company – and also commissioning new work. Naomi's Road, based on the novel by Joy Kogawa, was commissioned after Wright read her novel Obasan and felt it would make a great opera for young audiences. A Veda Hille opera, Jack Pine, was also commissioned for children. John Estacio's Lillian Alling – another British Columbia story – became VO's first mainstage commission. Stickboy, based on B.C.-based spoken-word poet Shane Koyczan's autobiographical novel, was another commission.

Community engagement has been a big priority of Wright's – bringing opera to new audiences in new ways: previews at the Carnegie Centre in the Downtown Eastside, where free dress-rehearsal tickets are handed out to attendees (it's usually packed); programs at the Central Library and other venues; and taking opera to the suburbs with greatest-hits concerts. Vancouver also hosted the Opera America conference in 2013 – a big deal.

Other highlights of Wright's tenure include VO's First Nations-themed The Magic Flute and an ambitious new production of John Adams's Nixon in China, which premiered during the 2010 Cultural Olympiad.

Naomi's Road, Jack Pine and Stickboy leave an educational legacy, with their school tours. And VO's Nixon in China production continues to be staged by other international companies. But Wright lists among his regrets the fact that VO's Magic Flute did not make it past the Vancouver stage (nor will it – save for the magnificent costumes, it's been destroyed now) and that Lillian Alling was never produced elsewhere.

"That's a disappointment because I think it's a really good piece. And I think other Canadian companies should do it."

On regrets, Wright also mentions not having engaged more of a diverse audience.

"We've not done what I wanted to do while I was here with embracing Asia and Asian work and Asian artists," he says. "It seems to me we've still not grasped the advantage of where we are and how people think of the city. There's no exchange as there is financially, in business. And we've never gotten a Vancouver-based … Cantonese or Mandarin audience."

A production Wright hoped would attract that audience – Tan Dun's opera Tea: A Mirror of Soul – did not perform at the box office.

Wright's commitment to staging more contemporary opera was a valiant artistic endeavour, but did not always pay off in ticket sales. For instance, this past season's production of Dark Sisters – a contemporary opera about fundamentalist polygamy – was an "audience disaster," he says. "I think we hit 35 or 40 per cent of our goal."

VO's box-office challenges weren't limited to contemporary work. Even Puccini's Tosca, staged in 2013, sold only 71 per cent as many tickets as the Tosca VO staged in 2007.

Overall, single ticket sales of popular operas staged more than once between 2000 and 2015 – including Carmen and Madama Butterfly – were down on average just over 20 per cent. In another example, Lucia di Lammermoor was produced in 2000-01 and again in 2010-11. Single ticket sales from the first to the second staging declined by 49 per cent, Wright says.

So what's an opera company to do? VO, like some others, took to staging some Broadway-type musicals as part of the season – West Side Story, Evita and Sweeney Todd. While the latter disappointed at the box office, the other two were audience hits – especially Evita. That final production of Wright's reign set a record for highest ticket sales in dollars in the company's history.

"Is it a compromise to the old way? Absolutely," Wright responds when I asked about staging that kind of work as opposed to traditional or contemporary opera. But it protects the core repertoire, he adds. "It just feels like the world has changed and we've got to make it work."

If the opera world has changed, VO is trying to change with it. Last year, in a shocker, the company announced that it would be moving after the 2015-16 season to a festival model. While some people understood the rationale and acknowledged the company's tough position as well as the budgetary – and other – advantages of a festival model, others were vehemently opposed – most notably and vocally, Vancouver Symphony Orchestra music director Bramwell Tovey.

It was a challenging time, but Wright contends audiences will ultimately be onside. And he says the company absolutely had to do something.

"We're aging out and we haven't found a way to capture a younger and different audience – hence festival."

The move to the festival model has meant some employment cuts. The company has lost five full-time positions (but gained a few contracted positions) and some key staff members. Could more money-smart programming have made a difference? Not running Tosca on Halloween, a Saturday night in 2013? Not dropping the Tuesday night performances and staging operas on consecutive weekend days and therefore having to double cast the principals? Not programming challenging material such asDark Sisters – which may have scared off traditional audiences but apparently didn't attract new ones? Should artistic risk have been sacrificed in favour of the sure thing? Could different management choices have saved the season model?

There has certainly been grumbling to that effect. But it's easy to be an armchair general director. And what Wright has found is that there's almost no sure thing any more.

Next spring, the Vancouver Opera Festival makes its debut. It will be run by Wright's successor, Kim Gaynor, who was born in Hamilton, Ont., and has been managing director of the Verbier Festival in Switzerland for a decade. While there are festival detractors, there are certainly a lot of believers in addition to Wright – within the company and beyond.

As for Wright, he has agreed to sit on one board in the community, and other than that is unsure about specific retirement plans. There's one thing he's certain of, though: He is not leaving town. He will remain in Vancouver, where he lives, yes, in the West End. 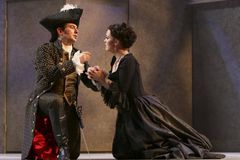 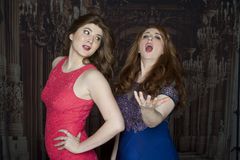 Who is Yannick Nézet-Séguin? Almost everything you need to know about the next Met Opera music director
June 2, 2016 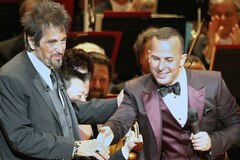