Aubrey Dan has been producing musicals in Toronto for about a decade now, but he still hasn't learned this theatrical lesson: The show begins before the curtain goes up.

Dancap opening nights have long been marred by Dan's insistence on speaking before the show. The man may be a fine theatre producer, but he's not the world's smoothest orator. In his lengthy introduction to American Idiot Thursday night, for instance, after pointing out a couple of New York producers in the crowd, he told the audience that the show we were about to see had been nominated for "Best Tony."

There can be something charming about Dan's awkwardness, but it's wearing thin in this context. For a producer who's struggled to overcome perceptions that his theatre company is a rich man's vanity project, these pre-show speeches aren't helping the brand.

This is all preface to what I actually want to rant about, however: An exciting new speed-bump at Dancap openings, the "tradition" of singing O, Canada.

Frankly, I was embarrassed when Dan invited a former Jersey Boys cast member on stage to sing the national anthem.

There are times and places for O Canada. Important national events, for example. Or hockey games.

At the theatre, however, it's not common practice here, or in other countries. There is, it's true, a long-standing tradition of it at the Stratford Shakespeare Festival during their opening week – and I will heartily sing along as there's often a Governor-General or Lieutenant-Governor or Christopher Plummer in the audience. (This tradition seems to be on the decline, however: At the Camelot opening this summer, the audience mistakenly stood for the overture.) And yet, Stratford is a kind of national theatre, or at least the place where Canadian professional theatre got its start. It's a Canadian institution where the vast majority of the artists behind the scenes and on stage are Canadian. I can feel patriotic about it.

But what place has the national anthem at the Toronto opening of a North American tour of American Idiot?

Sure, there are a number of Canadians in the cast, but this is an American production created by Americans. Toronto is its only Canadian stop. Ultimately, it makes about as much sense to me as singing the national anthem before a showing of Alvin and the Chipmunks: Chipwrecked at the local cinema.

It would actually make more sense to sing The Star-Spangled Banner before the show. But, of course, that would be ludicrous – and I'm sure Green Day would blow a gasket.

American Idiot is hyper-critical of the United States and highly skeptical of patriotism. "Don't want to be an American idiot," sings Green Day's Billie Joe Armstrong on the title track of the album, the song that also opens the musical. "One nation controlled by the media."

That's not necessarily my political point of view, but a theatre producer who presents this perspective should have some respect for it and the artists who voice it. Singing O Canada before a show like American Idiot undercuts it, at least if you view the musical as more than simply a commercial product – perhaps as piece of protest art that's trying to say something?

Truthfully, I don't really think the national anthem has a place before most theatre productions; I love singing the anthem and celebrating Canada, but in appropriate contexts. I don't sing it before I flip on the television.

I'll tell you what: If Aubrey Dan wants to produce a Canadian production of a musical in Toronto, I'll get up and sing along and cheer at the end.

If he brings out another special guest to sing O Canada before the opening of Shrek: The Musical, however, I'm going to sit on my hands in patriotic protest. The national anthem deserves more respect that. 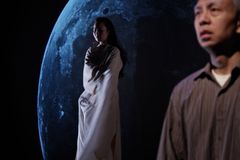 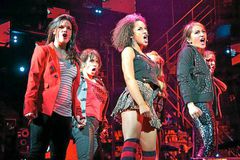 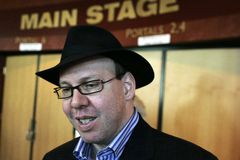 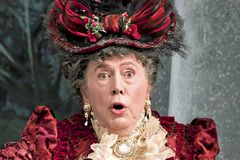