I’m in the gorgeous, old, enormous Canadian Opera Company rehearsal hall in Toronto’s east end. Cast and crew have assembled for an early run-through of Bellini’s famous bel-canto masterpiece, Norma, the COC’s first production of this season, opening Oct. 6. It’s the first staging rehearsal for the COC chorus. Lots of people milling about, director Kevin Newbury trying to ensure that as few chorus members as possible bump into each other as they portray the Druids in Act 1 awaiting their high priestess’s first words.

As it turns out, the first chorus scene in Norma coincides with one of the most famous and most glorious arias in the opera, Norma’s Casta Diva. So, amid the general high spirits and hubbub of the rehearsal process, famed soprano Sondra Radvanovsky, our Norma, in sweater, sneakers and slacks, hops off her husband’s lap at the artist’s table and gets ready for her number. She ascends a wagon-like structure from which she’ll address the crowd, the rehearsal pianist begins the famous arpeggios that begin Casta Diva, and Radvanovsky starts to sing.

Normally, in rehearsal, opera singers don’t perform at full volume to conserve their voices, and Radvanovsky isn’t giving us 100 per cent this afternoon, but it’s a good 65 to 75 per cent. And there I am, about 25 feet away, little journalist’s notebook in hand, awestruck. The remarkable dark beauty of her voice, the astonishing control that allows her to move from fortissimo to pianissimo and back on a single note, the phrasing and intelligence that are her hallmarks all unfold before us on this rainy Saturday afternoon. At the end, shocked silence, then spontaneous applause in the rehearsal hall. And director Kevin Newbury says, to no one in particular, “That’s why she’s the greatest Norma in the world.” 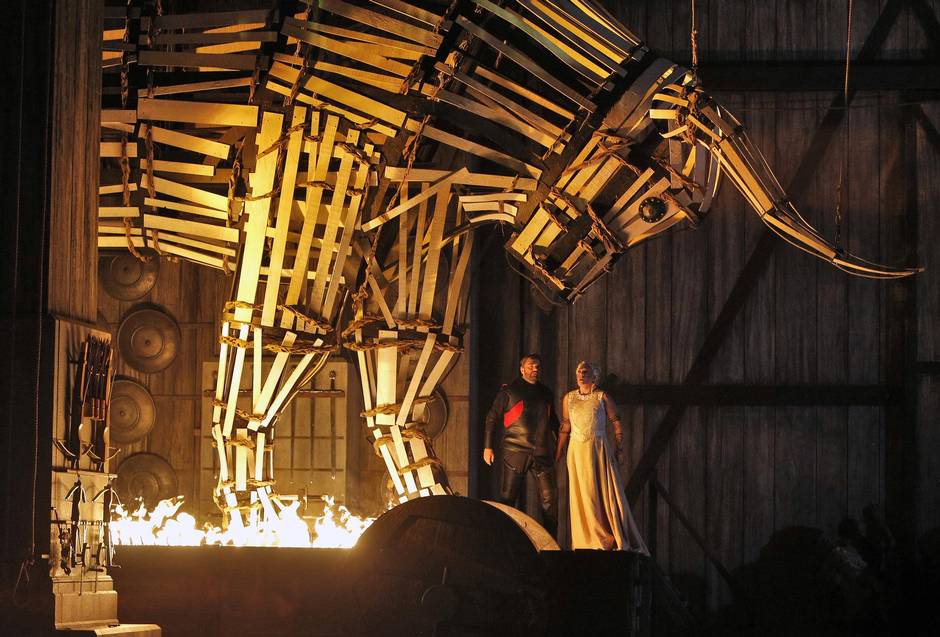 So who is this woman, I ask myself. What kind of a woman can perform such musical miracles? I know the bio: Sondra Radvanovsky, 47, born outside of Chicago, a full Canadian citizen as of last year, now living in Caledon, Ont., with her Canadian husband; a woman with a 20-year career who has slowly and surely become one of the great opera stars in the world. Her “three Queens” at the Met last year – the singing, in a single season, of all three Donizetti operas involving royalty – Anna Bolena, Maria Stuarda and Roberto Devereux (featuring Elizabeth I ), never before attempted in the Met’s history – has catapulted her to the operatic stratosphere. That’s the bio. But who is the person?

I turn to her colleagues for possible answers, and talk to her Norma director, Newbury, her long-time colleague and friend; Norma conductor, Stephen Lord; and Alexander Neef, the general director of the Canadian Opera Company.

And if I’m expecting the portrait of a traditional, tempestuous, imperious opera diva, I’m sorely disappointed. All her colleagues adore her.

Newbury: “I would do anything for Sondra. She’s the easiest, most collaborative, most generous performer I know. She’s always up for something new.”

Neef: “If anything, Sondra has gotten nicer over the years that I’ve known her. There are singers who like to work, and singers who just want to sing. She likes to work. She’s the most down-to-earth person I know. A wonderful colleague.”

And Lord, who has known Radvanovsky since she was a student in the Met’s Young Artist program 20 years ago: “What can I say about Madame? She’s very American, very open and immensely intelligent as far as knowing herself, knowing what’s right for herself. She always knows exactly what she’s doing.” 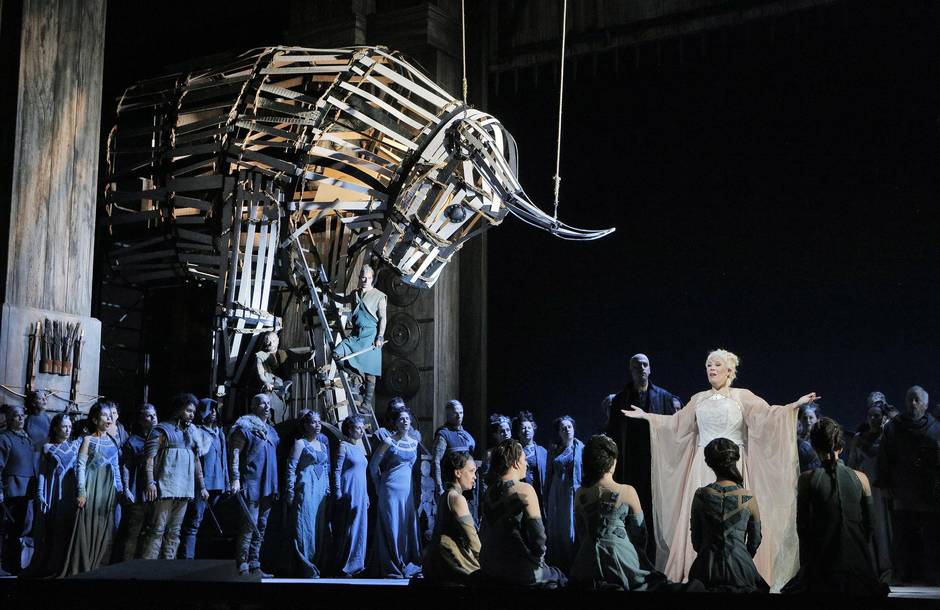 Throughout her 20-year career, Sondra Radvanovsky has slowly and surely become one of the great opera stars in the world. (Cory Weaver / San Francisco Opera)

I’m in Radvanovsky’s spartan dressing room at the Four Seasons Centre. I’ve talked to a lot of great musical performers, but I’m surprisingly nervous before speaking to her. Why, I wonder. And then I realize that it’s because I believe that what Radvanovsky does and thinks is important. She’s an artist and a person with something to tell us, I think. I’m worried that I won’t do her justice.

And then, for an hour, she’s exactly as advertised – open, generous, thoughtful, honest – a woman, as she says, who thinks that, at 47, she has figured out who she is in the world of opera and in the world in general. Who is secure in herself. And one way she’s done that – as Lord has hinted to me – is by surrounding herself with a handful of people she completely and utterly trusts.

First of all, her husband, Duncan Lear, the Canadian swain who captured her heart and brought her back to their “castle” in Caledon. There’s her agent. Her long-time vocal coach, Tony Manoli. Her mother. Lord himself. Missing from this list is her father. The great tragedy in Radvanovsky’s life: Her father died of a heart attack when she was just 17. Horribly, she discovered his body. She is incapable of talking about him without tears. He would have been 85 last weekend. She speaks a prayer to him before every performance she gives: “Let me do the best that I can today.”

Her father’s death, so central to her makeup, is only one of the darker hues to this seemingly irrepressible, sunny, outgoing performer. She tells me, “James Levine [a long-time conductor of the Met orchestra] once said to me, ‘Sondra, you have an innate sob in your voice when you sing, and a sense of melancholy. Where does that come from?’ Really, I said? There’s a lot going on inside.”

And Radvanovsky’s ascent to the pinnacle of her profession has neither been easy or fast. She picked her roles carefully and wisely throughout her career. She had vocal surgery in 2003 (which she kept secret) that necessitated her relearning how to sing. “It was tough,” she says of her early years. “My husband and I always call my career ‘the tortoise and the hare.’ And I am definitely the tortoise – the slow and steady one. There were many dark days. Partly, that’s because my voice doesn’t fit into a conventional box – I’m not a dramatic soprano, or only a dramatic soprano, I’m not just a spinto soprano, not a dramatic coloratura, I even started out as a mezzo. So it was hard to find the right roles for me, the right path.

“I don’t know if you know, but Christine Goerke [the world’s reigning Brunhilde, set to perform at the COC again this season] and I were roommates when we were in the Young Artist’s Program at the Met in the mid-nineties. And she would get phone call after phone call from her manager with offers for this and offers for that. And one day I just sat down and started crying and said, ‘I’m sorry, but right at this moment I’m really frustrated because, Christine, I want exactly what you’re getting.’ And she said, ‘Your day’s going to come. Your day’s going to come. Find your own path.’ And I did, and I made it through, and now I can see the finish line.” 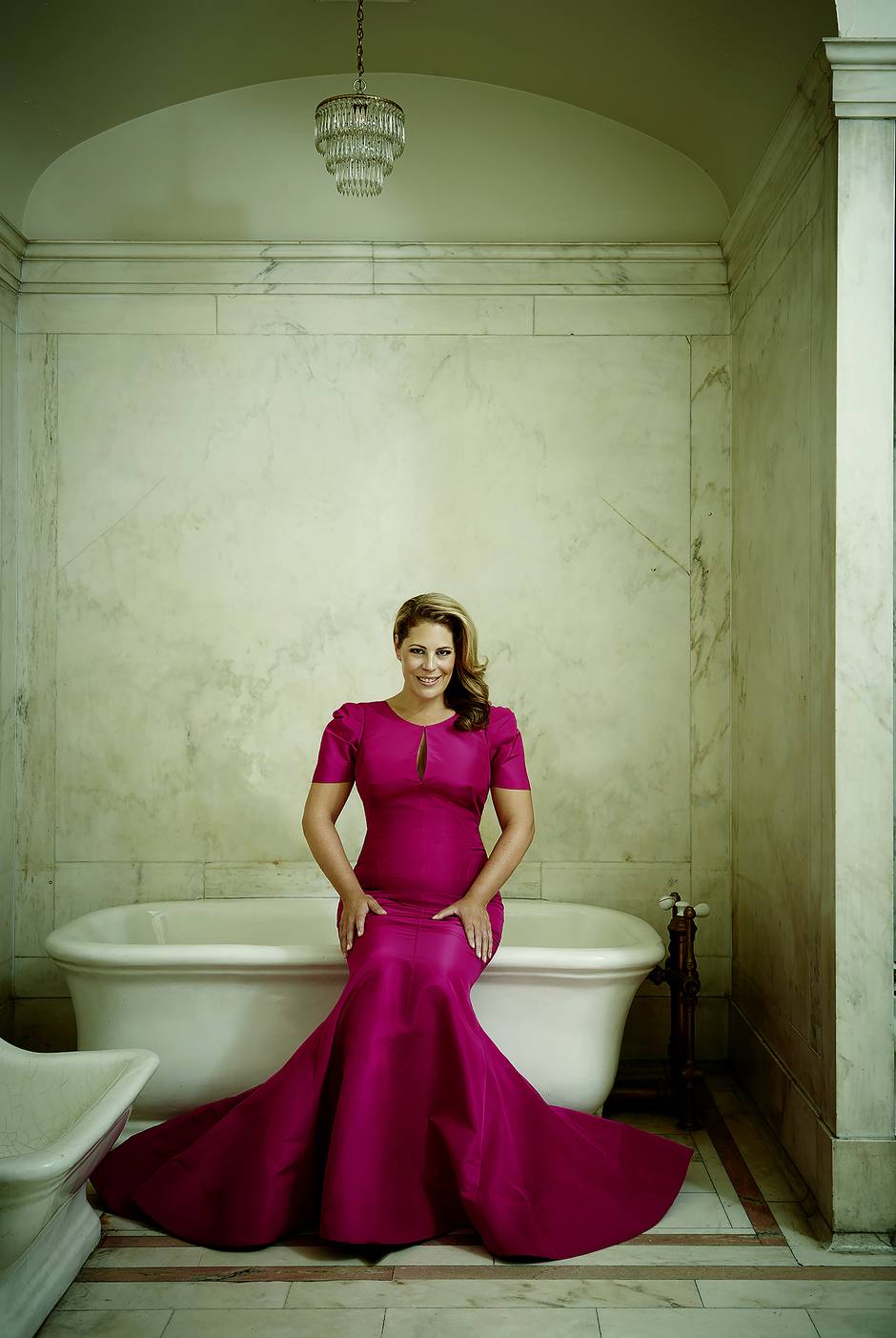 Sondra Radvanovsky’s ascent to the pinnacle of her profession has neither been easy or fast. (Andrew Eccles)

Another Norma rehearsal, this time in the Four Seasons Centre, the first rehearsal with the cast on stage (still in street clothes) and the full orchestra in the pit. And another run-through of Radvanovsky’s Casta Diva, perhaps even more moving than the last. Radvanovsky has said that she identifies with the tortured Norma, a proud, powerful character – confident in one part of her being, but with secrets in her heart, and her own dark melancholy. And being a Norma for the 21st century, that is, an operatic star – a figure of power, prestige and responsibilities – brings with it a fair share of anxieties, as well as immense rewards. But Radvanovsky would have it no other way.

“I love, love, love what I do. I’m very comfortable with who I am as a person, as an artist, as a wife. I don’t need to be this big huge superstar that’s on the side of every bus and on every billboard in New York. Maybe this comes with age, but I know what I can do, and what I’m good at. I’ve finally found out at age 47 where I fit in.”

The Canadian Opera Company’s production of Norma runs Oct. 6 to Nov. 5 at the Four Seasons Centre in Toronto (coc.ca).

A previous version of this article incorrectly said the Three Queens trilogy had been performed at the Metropolitan Opera once before last year. In fact, it had never been performed before this year at the Met, although it was done for New York City Opera by Beverly Sills in the 1970s.