Louis Audet, Executive Chair of Cogeco Inc., is pleased to announce that Arun Bajaj has joined the Board of Directors of the Company.

Mr. Bajaj has been Chief Human Resources Officer at Gildan Activewear Inc. since October 2019, where he leads the global human resources function and is a member of the senior management team. Having worked in human resources management for 16 years, Mr. Bajaj has extensive experience, most recently with the Renault-Nissan-Mitsubishi Alliance where he held the position of Senior Vice President, Chief

Human Resources Officer, based in Yokohama, Japan and Paris, France. Previously Mr. Bajaj held several positions in Canada, the US and Asia with the Nissan Motor Corporation. During his career at Nissan, Mr. Bajaj worked in HR leadership roles of increasing responsibility with an emphasis on global talent management. Prior to shifting his focus to human resources at Nissan, he held the role of General Counsel,

Nissan Canada, following eight years in legal roles at the Ford Motor Company, based in Oakville, Ontario. Cogeco Inc. is a diversified holding corporation, operating in the communications and media sectors, with subordinate voting shares listed on the Toronto Stock Exchange (TSX: CGO). Its Cogeco Communications Inc. subsidiary provides Internet, video and telephony services in Canada under the Cogeco Connexion name and in the United States under the Atlantic Broadband brand. Its Cogeco Media subsidiary owns and operates 23 radio stations in Québec. 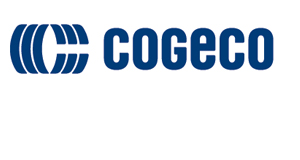