Air Canada has made a hostile bid to buy back Aeroplan at a heavily discounted price, 13 years after it spun off the popular Canadian loyalty rewards program.

The bid comes a year after Air Canada unveiled plans to launch its own program, prompting shares in Aimia Inc., the company that currently runs Aeroplan, to plummet 63 per cent in a single day at the time. The drop, from $8.93 to $3.33, was due largely to the fact that Air Canada represented roughly 80 per cent of the earnings Aimia typically reports. The stock dropped further the following year, with the company slashing its dividend and overhauling its operations. Air Canada’s partnership contract with Aimia and Aeroplan expires in July, 2020.

Rather than starting from scratch, the airline and its partners Toronto-Dominion Bank, Canadian Imperial Bank of Commerce and Visa Canada Corp. are now offering to pay $250-million in cash to Aimia for a program that in 2005 had a $2-billion valuation through an initial public offering.

In response to Air Canada’s announcement, Aimia’s stock surged on Wednesday, climbing 36 per cent. Air Canada’s shares had a much more muted reaction, rising 1.4 per cent.

In the the offer announced Wednesday, Air Canada and its partners would assume a $2-billion outstanding liability on Aimia’s books for loyalty points that have not yet been redeemed. Aimia currently has $300-million in cash reserved to cover these liabilities.

As Aimia retooled in preparation for the 2020 divorce with Air Canada, there was speculation in financial circles that the airline could make a bid to buy back the rewards program. In a statement on Wednesday, Aimia said the public offer follows private negotiations between the consortium and a special committee of its board directors “some time ago.” The company said the board is now reviewing the current bid.

Founded in 1984, Aeroplan was originally built as Air Canada’s in-house loyalty program. When the airline announced its intention to launch an in-house rewards program a year ago, it promised shareholders that doing so would deliver a return with a net present value exceeding $2-billion.

"Despite some of the ambiguity that we see in Air Canada’s latest move, we see the acquisition [of Aeroplan] as a shrewd (albeit still costly) means of avoiding the inevitable war of attrition that we foresaw in the future as the two parties were destined to battle fiercely for loyalty members once the current arrangement finally ended,” Raymond James Financial analyst Ben Cherniavsky wrote in a research note.

“The net financial implications, however, remain to us unclear at this point. We also continue to view this kind of financial engineering as a sideshow to Air Canada’s underlying airline business,” he added.

In an e-mail to its frequent fliers Wednesday, Air Canada addressed the current situation. “Straight to the point: we heard from many customers who were excited about our plans, and would prefer to transfer their Aeroplan Miles to the new Air Canada loyalty program,” the airline wrote. “Aimia is an independent company and it’s ultimately their decision to accept or reject the proposal."

The deal comes with incentives for the banks involved. TD and CIBC are Aeroplan’s lead financial partners, and each has an Aeroplan-branded credit card. CIBC has been an Aeroplan partner for decades, while TD started a 10-year partnership in 2014 that runs until 2024.

“Credit cards are one of the highest return businesses the banks have, and the Aeroplan portfolio is a high-quality one,” National Bank Financial analyst Gabriel Dechaine wrote in a research note.

Aimia investors have feared that many current Aeroplan members will leave the program come 2020, because they are frequent Air Canada flyers.

The takeover bid comes on the heels of major changes at Aimia, a revamp that started a couple of months ago when the company named a new chief executive. Aimia has had three different chief executives in the span of 18 months.

Mr. Rabe has a history in the loyalty rewards market, having previously run Club Premier, a Mexican frequent-flier program. On the same day that he took over, Aimia started marketing its vision for Aeroplan. By 2020, the program was expected to allow members to book seats on any airline.

While Aimia’s new strategy was viewed as a necessary development by analysts because of the impending breakup with Air Canada, there were questions about what it would mean for Aimia’s finances. The long-standing Air Canada contract allowed Aimia to buy seats at cheap prices. Starting in 2020, members would likely have been able to buy seats on any airline, but it would cost them much more.

Amid the uncertainty, some Aeroplan members had started redeeming points at faster rates than normal. Accelerating redemptions are troublesome for Aimia, because as of April 30, its reserves amounted to only 15 per cent of the rewards for which it was liable.

To calm members, Aeroplan announced late last week that flights making up 95 per cent of Aeroplan bookings will still cost the same amount for members after the Air Canada contract ends. However, analysts questioned how the company could financially support this promise. 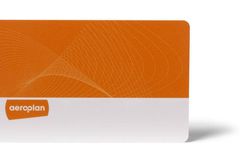