AltaGas Ltd. is spinning off its Canadian regulated gas-distribution assets into a new publicly traded company to cut debt it took on in its US$4.5-billion takeover of U.S.-based WGL Holdings Inc., a deal that has weighed heavily on its stock price.

AltaGas said it is putting its British Columbia, Alberta, Nova Scotia and Northwest Territories utility and wind-farm businesses into the new firm, to be called AltaGas Canada Inc. It has filed a preliminary prospectus for an initial public offering and has yet to price the shares.

The move comes a few days after it announced sales of Canadian and U.S. non-core natural gas processing and power assets worth $560-million. It has sold other assets in recent months as well.

The deals are aimed at paying down a bridge loan Calgary-based AltaGas used to finance the acquisition of WGL, which runs the gas utility in Washington as well as natural gas gathering and processing assets in the Marcellus region of the northeastern United States. The acquisition was completed in July following lengthy regulatory approval processes.

AltaGas said it will own between 37 per cent and 45 per cent of the spin-off, depending on how many shares are eventually sold in the IPO. Proceeds could ring in at $600-million to $725-million, based on estimates by Raymond James analyst Chris Cox. That would put the overall market value of ACI at about $1.75-billion.

The company said it expects money from the IPO plus the repayment of some of AltaGas’s debt by ACI to bring proceeds of almost $1-billion. That, and the recently announced sales of assets, will reduce the bridge facility to US$1.1-billion, it said.

Investor worry over the gas, power and utility company’s debt level has been a factor behind a 29-per-cent skid in AltaGas’s stock price since it first announced the WGL deal in January, 2017. Indeed, shares of other major Canadian energy-infrastructure companies that made large U.S. acquisitions, such as Enbridge Inc. and Hydro One Ltd., have fallen as well amid leverage concerns.

AltaGas was also pressured by uncertainty as the U.S. regulatory process dragged on and the abrupt and unexplained exit of its former chief executive officer, David Harris, on July 25. It has yet to name a new full-time chief. David Cornhill and Phillip Knoll are interim co-CEOs.

The IPO is surprising, given that it complicates AltaGas’s corporate structure at a time when investors have called for more simplicity, said Laura Lau, portfolio manager at Brompton Funds in Toronto. Enbridge, for example, is in the process of winding up its publicly traded subsidiaries by buying back the publicly held positions in them.

To retire the remainder of the bridge facility, the company plans to issue term debt and hybrid securities by the end of this year, it said. The initial loan was $6.6-billion.

Shares in AltaGas fell nearly 4 per cent to $23.48 on the Toronto Stock Exchange on Thursday, implying an uncomfortably high dividend yield of 9 per cent.

Mr. Cox said the IPO represents a more extensive sale for AltaGas from its assets than expected, but that’s likely appropriate given its still-high debt level. “That said, we are concerned that the IPO will not garner the valuation that management may be expecting and would continue to advise caution on the name,” he said in a note to clients.

ACI’s four utilities have a rate base of $837-million, and the company intends to push that to more than $1-billion over the next five years with capital expenditures of $330-million, according to the prospectus.

The IPO is being led by the investment arms of Royal Bank of Canada, Toronto-Dominion Bank and JPMorgan Chase & Co. 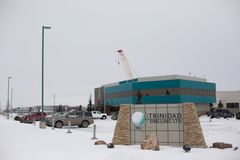 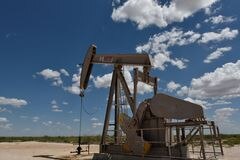