A union representing Ontario couriers delivering packages for Amazon.com Inc. are alleging the e-commerce giant engaged in unfair labour practices that resulted in the termination of employees, the closing of one courier company’s Mississauga operations and the bankruptcy of another.

In a series of applications filed with the Ontario Labour Relations Board in July initially reported on by The Logic, the United Food and Commercial Workers Union Canada Local 175 accused Amazon subsidiary Amazon Canada Fulfillment Services Inc. of using its control over subcontractors to create a “chilling effect” meant to influence them to not “support, assist or co-operate with” the organization of a union.

The union is seeking a declaration that Amazon violated the Employment Standards Act and is demanding it reinstate and compensate laid-off courier drivers from two subcontracted companies for lost wages.

Amazon, which has expanded its network of warehouses across Canada in recent years, said in documents it filed that it “categorically denies” the allegations and that the claims have “no basis in fact.”

The Seattle-based company took issue with the anti-union tactic allegations and with the union’s descriptions of work conditions it says couriers working for companies subcontracted by Amazon face across North America.

The union alleges the couriers are typically paid within Amazon’s suggested wage rate range – between $15 and $17.50 an hour – and work 12-hour days, but can see those shifts reduced or extended depending on the number of deliveries assigned, weather, the time of year and traffic.

Every hour, a driver must deliver between 15 and 25 packages and if they fall behind, they’ll be texted about their deficiency and directed to catch up, the union alleges. Drivers must work until all their packages are delivered and Amazon has the authority – and allegedly often exercises it – to send couriers back on the road to complete deliveries that were not successful during the day, the union says.

It is amid these conditions that the union alleges Amazon acted against workers at Burlington-based transportation company DEC Fleet Services, national courier service All Canadian Final Mile and Richmond Hill, Ont.,-based Stedfasts Inc., which each employed workers providing delivery services to Amazon for their Scarborough and Mississauga warehouses. These businesses and a handful of others are named as respondents in the labour board case.

Documents say All Canadian Final Mile’s employees began a union drive in November, 2017, and shortly after Amazon reduced the company’s five shifts a day to three, its 12-hour shifts to 10-hour shifts and its number of routes from 25 to about 12. From December, 2017, to February, 2017, the documents allege couriers were receiving e-mails from All Canadian Final Mile saying the company had “fewer routes than usual” and a “really low” volume of work.

The documents also explain the reductions were initially blamed on the Christmas rush being over and the start of the year’s slow period, but by June, couriers got an e-mail announcing the immediate closure of the company’s Mississauga operation owing to “unstable and declining volumes.” The workers were allegedly placed on permanent layoff.

DEC’s union drive began in June, 2017, and resulted in the company’s owners allegedly warning employees that if they did things Amazon did not like, Amazon would take work away from DEC.

Later, DEC allegedly terminated about 15 courier drivers, including the union organizer and a handful of supporters. Courier drivers then allegedly received an e-mail saying DEC would be shutting down immediately because it could not afford to operate. A bankruptcy order was allegedly filed against the company soon after.

At Stedfasts Inc., documents allege the company has terminated or stopped assigning work to three employees because of their support for the union. Documents say the company pointed at Amazon for the reason it terminated specific employees and is claiming it cannot reinstate the workers.

The union refused to comment to The Canadian Press about the incidents and its application, but in its filing says “Amazon has sent an unequivocal message to the courier drivers at its Scarborough and Mississauga distribution terminals that unionization equates to job loss.”

In an e-mail to The Canadian Press, Amazon spokeswoman Amanda Ip said, “We are fully co-operating with the Ontario Labour Relations Board and will relentlessly fight to disprove these accusations.”

In labour board filings the company also maintained that it “has not committed any unfair labour practice.”

Amazon said that unionization or attempts at unionizations do not factor into what delivery area, routes and shift cancellations its courier companies receive.

DEC, Stedfasts Inc. and All Canadian Final Mile’s parent company TFI International also did not respond to The Canadian Press’s requests for comments.

In their own filings, Stedfasts Inc. and All Canadian Final Mile said they had no knowledge of most of the allegations put forward by the union and denied most of the remaining claims.

The matter will be headed back to the labour relations board on Wednesday and Thursday. 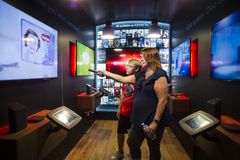 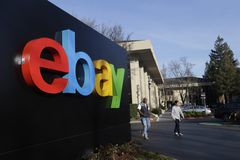 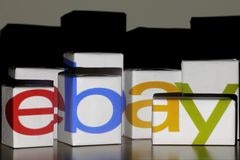