The “Crayola train” is ahead of schedule.

At Walmart stores, the display – which actually looks like a school bus and stocks crayons, pencils and other products – began appearing roughly six weeks earlier than in a normal year.

“We know that people are shopping earlier,” said Lani Lindsay, vice-president of replenishment and supply chain at Walmart Canada. They are also expected to shop more – and not just compared to last year, when COVID-19 upended usual buying patterns. Walmart is anticipating its biggest back-to-school season ever.

It is a crucial time of year, second only in importance to the holidays for some retailers. But as many students in Canada shifted to remote learning for at least part of 2020, back-to-school shopping took a dip last year. Partly, that was because some spending moved earlier in the year, as families stocked up for at-home schooling. And with the uncertainty last year about a return to classrooms, shoppers stayed home. According to a Leger survey of 1,513 Canadians in early August of 2020, 37 per cent of people said they were back-to-school shopping compared to 41 per cent the year before.

This year, however, retailers are hoping for a bounce back. They received a boost on Aug. 3, when Ontario, Canada’s largest province, announced a plan to send both elementary and high school students back to classes in person, with the option to continue remote learning for families who choose to do so.

“Back-to-school shopping should be huge compared to last year, because of the return to in-person at all ages, particularly universities and colleges, which were remote last year. That’s where so much of the sales come from,” said Retail Council of Canada spokesperson Michelle Wasylyshen.

In the U.S., the National Retail Foundation is expecting record spending on back-to-school, with electronics being the top category, followed by clothing and shoes for kindergarten-through-12 children, and furnishings and clothing for college kids. The Retail Council of Canada does not collect similar statistics, but expects trends to be broadly similar in Canada.

“We made a decision early on, to buy more product than we have bought in the last two years,” said Staples Canada CEO David Boone, adding that retailers have to begin buying products months in advance. “ … We’re anticipating that there will be a fair bit of demand out there.”

Back-to-school is also a big season for apparel and footwear, two sectors that are hoping for some recovery after recording some of the worst sales declines during the pandemic. Hurt by restrictions on shopping in malls, as well as Canadians’ reluctance to refresh their wardrobes while stuck at home, clothing and clothing accessories stores saw sales fall by 25.8 per cent in 2020, to their lowest level since 2011, according to Statistics Canada.

At Gap Inc., demand for children’s clothing remained relatively healthy last year. Overall, net sales were flat in the three months ending Oct. 31, 2020, as online sales made up for in-store shopping declines. But at its Old Navy brand, which does significant business in children’s clothing, sales rose 15 per cent during that same period. Activewear for kids, such as shorts, leggings and fleeces, have been selling well, though denim sales have also started to bounce back. This year, the company is seeing families shopping in the moment much more, and still buying summer clothes.

“Many parents are still unsure of what their back-to-school looks like, so we expect the back-to-school season to be much longer than in years past with parents shopping for their kids well into September,” Old Navy chief marketing officer Jamie Gersch said.

In Quebec, where kids head back to the classroom slightly earlier than in many other parts of Canada, stores have already seen families coming in person to shop together, according to Staples’ Mr. Boone. Last year, many shoppers were buying either online or leaving kids at home to keep numbers in stores down.

But that does not mean shopping patterns are back to normal: Staples is expecting e-commerce sales still to be elevated compared to 2019, and Walmart is expecting online back-to-school sales to be four to seven times higher than they were last year. Shoppers are “reserving” some items by buying online and picking up in stores, Ms. Lindsay said, and then coming inside to pick out other things. The chain is using a new artificial intelligence-based forecasting system this year, to ensure the right items are at the right stores and distribution centres, and restocked quickly as they sell.

“We are certainly seeing a real uptick in stationary goods; backpacks are doing really well already,” she said. “People want to make sure they can get what they want when they want it. 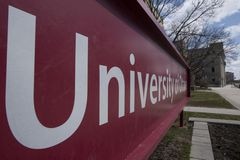 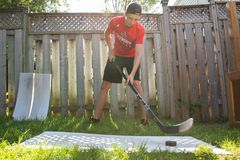