A Vancouver online corporate catering business hit hard by the COVID-19 pandemic has bought an equally stricken U.S. rival – and raised new funds from investors who believe it will emerge in a stronger position as workers return to offices.

Foodee Inc. said Monday it has bought San Francisco-based Chewse Inc. for an undisclosed sum, although the deal closed almost four months ago as revenues of both companies evaporated. Both offer online platforms that connect companies looking to feed employees – typically in the technology sector – with local restaurants, acting as a go-between by taking and dispatching orders and keeping a cut of sales.

The new financing, a $13-million mix of equity and debt that closed in June, was led by past Foodee backer Business Development Bank of Canada and included support from Chewse investor Foundry Group.

The transaction “builds a bigger company [that] will be one of the last ones standing playing in this domain on the other side of the pandemic,” said Ryan McIntyre, managing director of Boulder, Colo.-based Foundry, which had invested more than US$10-million Chewse since 2015.

“There will be consolidation and the strongest players will survive. [Participating in the latest financing] was an easy decision because we were already committed to the domain and still believe in the value of the corporate catering space. [Even if more people opt to work from home] corporate catering is not going away,” he said.

Foodee chief executive Ryan Spong said the companies had been talking since late 2019 about combining and were in the late stages of the deal when the shutdown happened, forcing both to furlough most of their workers. The companies had been providing a combined 70,000 meals a week to corporate clients before the pandemic, but “the business went almost to zero” within weeks, he said. “We considered walking from [the deal] with so many unknowns and thinking about our finances.”

In the end, Foodee was able to cut the deal price by 60 per cent and pick up a rival with a significant toehold in San Francisco, a new market for Foodee. It and Chewse both competed in Austin, Tex. – Foodee’s largest U.S. market – and Chicago. “It’s one of those things where you have to say, ‘Well, you’re getting an incredible deal today, and in nine months you’ll look like a genius or a fool,‘” Mr. Spong said.

Foodee chief operating officer Barb Anderson said some business has returned, but is still down by more than 75 per cent because of the pandemic, and likely won’t pick up further until at least the fall. The company has recalled some Foodee employees and will bring back more from both companies “as demand requires,” she said.

Foodee had been on an upswing before the pandemic. The company raised $10-million in venture capital in 2017 and hired Ms. Anderson, a veteran marketing executive, a year later. She led efforts to sharpen the company’s strategic focus, reduce costs and inefficiencies as its ranks slimmed to about 45 people from more than 70.

Before the pandemic, the company operated in eight U.S. cities, Vancouver and Toronto, and focused on customers who ordered regularly for their employees. But it was shifting its focus from procuring large buffet-style platters of food for clients to providing individually boxed lunches.

Although revenue stagnated for a couple of years during the turnaround, Foodee went from losing $5-million annually to breaking even in March, 2019, Mr. Spong said. Revenue expanded by 30 per cent during the following year to an annualized rate of $25-million before the pandemic.

Now, Foodee and its backers say its shift to providing individual boxed meals – rather than open buffet trays often accessed by hundreds of people – will plays particularly well as health-conscious workers return to offices. “They have a solution that contributes to the safety of employees,” BDC Capital senior managing partner Robert Simon said. 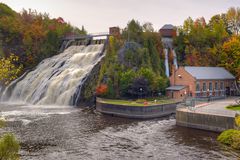 Finnair raises $575-million as it tries to bolster its finances through coronavirus crisis
Subscriber content
July 9, 2020 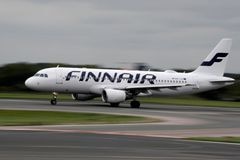