Bank of Montreal is funding a new artificial-intelligence lab at the University of Toronto that’s housed in an unconventional setting: the university’s theatre school.

The bank’s $5-million gift will help create the BMO Lab for Creative Research in the Arts, Performance, Emerging Technologies and AI, billed as a first-of-its-kind hub bringing together an array of disciplines to study how AI will augment human creativity.

The lab will mix 18 graduate students with faculty and artists from disciplines as varied as computer science and engineering, music and theatre. Yet, its roots are firmly in the arts, housed at U of T’s Centre for Drama, Theatre and Performance Studies. David Rokeby, the artist and lecturer who will serve as the BMO Lab’s director, said the research program will explore the challenge of creating “a world where AI is something that serves our human interests.”

For BMO, the perceived benefit lies in what it can learn about how AI could either disrupt or enable its 46,000 staff and millions of customers. Banks are racing to keep pace with developments in AI, in pursuit of more efficient or enhanced ways of doing business. But they are also confronted with growing concerns about the potential for machines to replace scores of jobs, as well as ethical questions associated with teaching machines to learn and make decisions based on data sets that may have biases built in.

“We all know that AI ultimately will have some role to play in transforming, over the course of time, just about every industry that we look at, and create in our case probably a different type of financial system," said Darryl White, BMO’s chief executive. “But we don’t know exactly what that’s going to look like, and we don’t know exactly at what pace."

As banks have increased spending on technology, BMO has made a number of investments in AI, including sponsoring the Vector Institute for Artificial Intelligence and serving as a founding partner of Next AI, an accelerator for early stage startups. At the same time, Royal Bank of Canada launched the Borealis AI laboratory, and Toronto-Dominion Bank bought AI company Layer 6 for more than US$100-million.

Most of those ventures seek to tap cutting-edge advances in AI to find commercial applications. The BMO Lab at U of T, by contrast, is focused on longer-term thinking, asking “seemingly more intangible questions which are harder to justify in the normal business context," Mr. Rokeby said. And although the bank’s investment is small, the payback from such fundamental research is harder to pinpoint.

“I think a lot of people are rightly interested in the question of what this means for employment in the future, and does this lead to some sort of dehumanizing dystopia?” he said. Among the humanists and technologists who’ve joined the program, “there is a balance of curiosity and concern on both sides.”

Last week, a report from Wells Fargo Securities analyst Mike Mayo predicted that advances in technology and automation could lead U.S. banks to cut as many as 200,000 U.S. banking jobs over the next decade, primarily in back offices, branches and call centres. The report also notes that "new job additions” could offset some of those losses. But banks are under pressure from investors to control costs in an environment of low interest rates and economic uncertainty.

Mr. White said he expects the nature of work at banks will change, but he doesn’t foresee a “drastic change” in the overall size of the workforce. “Rather, I think what we’ll see is a really interesting change in the quality of work that people are able to do," he said. "Look, we don’t know for sure, but if I’m a betting man, that’s a better place to place your bet and that’s one of the reasons we’re interested in this project.”

As an example, Mr. Rokeby says that while AI systems can routinely beat humans at chess, a human playing with AI assistance can still prevail against a machine. “The combination is stronger than either part independently," he said, and the BMO Lab will look at the potential to “create or combine AI and human beings in ways that sort of give us superpowers, in a sense – to be able to do things beyond what we would normally be able to do.”

With files from Sean Silcoff in Ottawa 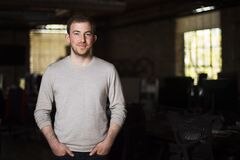 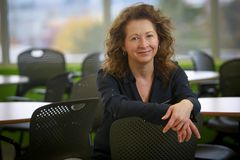