Bank of Montreal’s U.S. subsidiary scored the weakest capital reserves in the latest round of stress testing by the Federal Reserve, but the Canadian lender is challenging the American central bank’s conclusions.

In a worst-case scenario from the most recent Dodd-Frank Act Stress Test (DFAST), the Fed projects that the BMO unit would suffer a steep drop in a key ratio that helps measure a bank’s capacity to absorb losses. In the test, the common equity Tier 1 (CET1) ratio for the bank’s U.S. arm, BMO Financial Corp., falls from 11.2 per cent to 5.4 per cent – the lowest capital level for any of the 33 banks evaluated.

The results are based on the Fed’s “severely adverse scenario,” which estimates the impact if U.S. unemployment were to spike to 10 per cent, real GDP contracted by 8.5 per cent, equity prices fell by half and housing prices declined by 28 per cent. Even then, BMO’s capital levels would stay above the regulatory minimum set by the Fed.

BMO’s results only reflect its U.S. operations, and not the bank as a whole. As of April 30, BMO had an overall CET1 ratio of 11 per cent, similar to its Canadian peers, which averaged 11.2 per cent in the second fiscal quarter.

In a statement, BMO said it is “well capitalized” and “does not agree with the [the Federal Reserve Board’s] projections for both non-interest income and non-interest expenses, as they differ significantly from previous DFAST results and [BMO Financial Corp.’s] actual 2019 financial results.”

The bank said it “expects to request the [Federal Reserve Board] to reconsider” the results.

The Fed has also capped U.S. banks’ dividend payments at current levels and suspended share buybacks, matching terms already imposed on Canadian banks by their domestic regulator, the Office of the Superintendent of Financial Institutions. Canadian bank CEOs have said they see no reason to cut their payouts.

The Fed’s stress-test scenarios were devised in February, before the rapid spread of the novel coronavirus brought large sectors of the global economy to a standstill. In a separate assessment, the central bank contemplates even steeper declines in banks’ capital levels, with the average CET1 ratio falling as low as 7.7 per cent, depending on the shape of an economic recovery.

BMO’s unusually weak score on capital is largely a result of the Fed projecting a dip of US$700-million in the bank’s revenue after expenses in the severely adverse scenario.

But that prediction does not appear to stem from undue concern about the quality of the bank’s loans. The Fed estimates BMO’s provisions for loan losses – the funds set aside to cover loans that may eventually be written off – would be US$5.7-billion, or 6.5 per cent of all U.S. loans, compared with 6.4 per cent last time the bank was stress tested in 2018.

That could “cause head scratching for Canadian investors,” said Gabriel Dechaine, an analyst at National Bank Financial Inc., in a note to clients. The Fed has not released details about how it arrived at its results, and even BMO is not yet privy to the calculations.

“At worst ... it may simply mean the bank needs to move capital into the U.S. subsidiary” to pad its buffer, Mr. Dechaine said. Even so, “it’s a bad look for a Canadian bank [to be] in this particular situation,” he added in an interview.

The Fed also stress-tested the U.S. divisions of Canada’s two largest banks, Royal Bank of Canada and Toronto-Dominion Bank. Each had much stronger minimum CET1 ratios in the Fed’s severe scenario, at 13.6 per cent and 16.2 per cent, respectively.

Each Canadian bank has different strengths in the United States: BMO concentrates most on commercial clients, RBC is a top-10 investment bank, and TD is a prominent retail bank.

In the Fed’s severe scenario, some of the largest U.S. banks had minimum CET1 ratios ranging from 9.1 per cent at Wells Fargo & Co. to 9.8 per cent at JPMorgan Chase & Co., while Swiss bank Credit Suisse was best capitalized at 19.5 per cent. 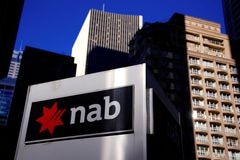 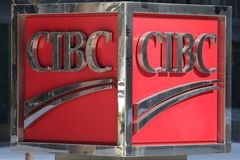 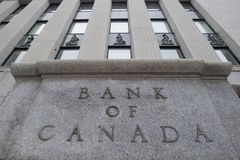