Canadians routinely overestimate inflation, a “perception gap” that has been exacerbated by the COVID-19 crisis – posing a communications challenge for the Bank of Canada as an inflation-targeting central bank, a senior bank official said Tuesday.

“While we have benefited from having well-anchored inflation expectations in the past, this mooring will be tested by the very rough economic waters caused by the pandemic,” deputy governor Lawrence Schembri said, in a speech by video conference to the Canadian Association for Business Economics.

“Our communications strategy must strive to explain inflation, our target and our policy to different audiences in a clear and accessible manner, to deepen their understanding.”

Mr. Schembri made his speech one day after the Bank of Canada launched an online survey to gauge consumers’ views on inflation, and the central bank’s use of a 2-per-cent inflation target to guide monetary policy. The survey is part of the bank’s consultations in preparation for next year’s renewal of its five-year agreement with the federal government on its framework for setting monetary policy – central to which is a review of the inflation target.

It’s the first time the Bank of Canada has directly solicited everyday Canadians’ views on inflation and monetary policy as part of its inflation-target-renewal process. The central bank has turned up its focus on the general public’s inflation perceptions, which are persistently higher than official statistical measures.

“Acknowledging and better understanding any gap between perceived and measured inflation is … very important. Public confidence in the target depends on measuring inflation accurately,” he said.

The bank’s own consumer sentiment surveys have shown that consumers consistently expect the inflation to be 2.5 per cent or higher over a 12-month horizon, and closer to 4 per cent over a five-year horizon – well above the Bank of Canada’s target. The perception gap has been particularly acute during the pandemic. Consumers in the bank’s spring survey braced for a near-term spike in inflation; instead, Statistics Canada’s consumer price index inflation rate has slumped to near zero.

“One of the messages we have heard is that many people feel that the official consumer price index inflation rate does not reflect the higher inflation they believe they are facing.”

Mr. Schembri said the Bank of Canada and Statscan are conducting joint research aimed at better understanding consumers’ inflation perceptions, the formal results of which will be published this fall. Preliminary findings indicate that the perception gap may have more to do with consumer psychology than with problems with measurement. The research suggests that consumers tend to focus more on rising prices in certain items than on falling prices in others, and that lower financial literacy could be associated with inflation misperceptions.

He said this literacy factor is one area where the Bank of Canada’s public communications efforts could play a key role in narrowing the perception gap. That, in turn, would improve the bank’s efforts to use interest rates to help guide stable inflation and foster healthier economic growth, as expectations for inflation would be more closely aligned.

“Our research finds that when we provide households with practical information about our inflation target, they tend to shift their views toward actual inflation,” he said.

Mr. Schembri acknowledged that the COVID-19 crisis has complicated both inflation perceptions and measures, as containment restrictions have all but shut down some segments of consumption, while dramatically increasing demand for others.

What’s unclear, he said, is whether consumption patterns will return to close to prepandemic norms as COVID-19 measures continue to ease, or whether the pandemic will have a more permanent effect on consumption, and therefore on inflation gauges. “That’s an open question,” he said. 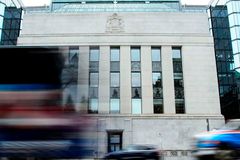