Bombardier Inc. has won Canadian regulatory approval for two new large-cabin business jets and expects to start deliveries of the luxury planes by the end of the year amid signs of a looming industry-wide downturn.

Transport Canada certified Bombardier’s new Global 5500 and Global 6500 aircraft after flight testing, the Montreal-based plane and train maker said in a statement Tuesday. Certification by the U.S. Federal Aviation Administration and the European Safety Agency should follow shortly, the company said without giving a specific timeline.

“What you’re seeing now is us transitioning into full execution mode after a very intense series of investments,” including the flagship Global 7500, which has already received regulatory approval, said Bombardier spokesman Mark Masluch. “We invested a lot in the 7500 in terms of infrastructure, design, people, facilities. A lot of that has [been a] benefit in bringing the 5500 and 6500 to market faster.”

At an industry event in Geneva in May of last year, Bombardier revealed that it had been developing the two new Global planes. The company had been secretly testing the jets, which are upgraded versions of existing models, for months at its facilities in Wichita, Kan. Analysts consider them a competitive response to Gulfstream’s 500/600 aircraft.

The list price of a Global 6500 is US$56-million while the 5500 goes for US$46-million. That’s not including any discounts offered and added costs to customize the aircraft.

Manufacturers are hoping new products will help shore up demand as the industry tries to weather the worst down-cycle since the 1980s. The five major private jet makers, plus Boeing Co. and Airbus, delivered 146 business jets in the second quarter of this year, about a 7-per-cent increase over the year before. But deliveries in 2018 were down 3 per cent from 2017 and were 49 per cent off the peak reached in 2008, according to data from JPMorgan analyst Seth Seifman.

“Wherever there’s a new product, there seems to be demand,” said Rolland Vincent, director of Jetnet IQ, a market intelligence service for business aviation. “It’s going to look good for this year and next. … [But] we think there’s a fairly significant slowdown that’s already occurring. It’s already becoming apparent.”

Alain Bellemare, Bombardier’s chief executive officer, is counting on the Global line of business jets to help drive his five-year turnaround effort as the company shifts its focus to luxury aircraft and trains.

The company expects its marquee Global 7500 plane to help increase its private jet sales by US$3-billion to more than US$8.5-billion by 2020. Margins on Bombardier’s private jets should range between 8 per cent and 10 per cent by that time, the company estimates.

If a significant industry slowdown materializes, the likely result will be that manufacturers shut down some production lines, Mr. Vincent said. Some 40 different private jet models are being made at the moment worldwide and low volume for many of them does not necessarily justify the cost of production, he said.

JPMorgan’s Mr. Seifman sees another possible development on the horizon: mergers or partnerships. Although consolidation between companies has rarely seemed liked a remedy to resolve oversupply in the past, this time might be different, he said in a note last month.

“We could see more focus on strategic possibilities from here, in part because financial markets are skeptical of bizjet manufacturing’s appeal,” he said. “A recession - if one is coming - might drive new thinking, too.” 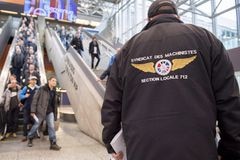 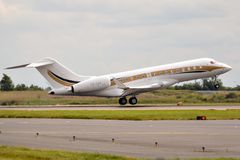 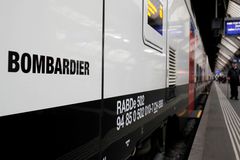