Troubled Calgary-based oilfield services company Calfrac Well Services Ltd. will undergo a financial reorganization in a last-ditch survival effort after stakeholders voted in favour of a recapitalization plan Friday, dashing the hopes of a Texas-based rival hoping to gain control of the business.

Friday’s result was the latest instalment in a years-long struggle between Calfrac and Wilks Brothers LLC, which spent months trying to gain control of the Calgary company. Wilks owns about 20 per cent of its Canadian rival.

The vote means Calfrac shareholders will be able to either retain or sell each of their common shares for 15 cents cash, and receive two warrants that will each allow them to buy another share for 5 cents any time over the next three years.

More than 99 per cent of unsecured noteholders voted in support of the recapitalization deal on Friday. Shareholders also passed each resolution required for the plan to get the green light, though one motion squeaked through by just 2 per cent.

The years-long battle between Calfrac and Wilks spanned multiple court actions in two countries, countless tit-for-tat news releases and accusations of unfair play on both sides of the border.

It culminated in Wilks launching a hostile takeover bid for Calfrac in September, when it offered 18 cents a share for the Calfrac stock it does not already own. Wilks later boosted its offer to 25 cents a share.

Calfrac was not saying much about the vote outcome Friday, though independent director Greg Fletcher said in a statement he was grateful for stakeholder support. He said the company would now shift its focus to securing court approval for the recapitalization plan.

Wilks could not be reached for comment on its next steps.

Calfrac is one of the best-known names in the Canadian oilfield services sector. But like many companies in the patch, its finances and share price have been devastated – first by the 2014-15 collapse in oil prices, then by COVID-19.

In 2014, Calfrac shares on the Toronto Stock Exchange hovered around $20. Two years later, the price had crashed to $1.25. Calfrac shares closed at 18 cents Friday while shareholder ballots were being counted.

Calfrac reported a net loss of $277-million for its second quarter ended June 30, after revenues plunged by 79 per cent from the same period in 2019. And it is staggering under $947-million in long-term debt. Its perilous finances led the company to develop a recapitalization plan this summer to avoid insolvency.

“We’re mortified to be in this spot,” Calfrac founder and executive chairman Ron Mathison told The Globe and Mail earlier this year.

As the company worked on its plan to rejig its finances, Wilks pounced, floating a proposition it called a fiscal “life raft.”

The Texans proposed to buy up a large swath of the Calfrac debt it doesn’t already own, swap the debt for shares and pay the struggling company $80-million in cash. The swap and payment would have given Wilks a 60-per-cent equity stake in Calfrac, but a special committee formed by the Calgary company’s board firmly rejected the plan.

In response, Wilks launched a website called A Fair Calfrac to make its case, urging stakeholders to vote against the recapitalization deal and accusing the company of trying to intimidate shareholders.

In the end, the Calfrac board sweetened its recapitalization plan, which holders of debt and equity passed on Friday.

Despite its financial pressures, Calfrac was determined to remain independent, spurning the advances of Wilks at every turn.

Matt Wilks, vice-president of investments for Wilks Brothers, has always contended that Calfrac is the perfect vehicle to spur much-needed industry consolidation through acquisitions on both sides of the border, especially once the Canadian company’s balance sheet is cleaned up.

Calfrac countered by labelling Wilks a “wolf in sheep’s clothing,” and accusing it of using “hyper-aggressive” tactics in an attempt to take over the company during a punishing industry slump without giving shareholders fair value. 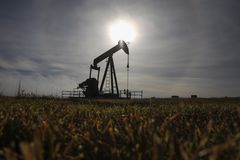 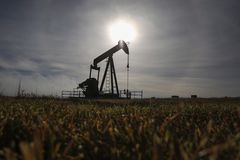