For the second year in a row, the Canadian government has refused to allow more than a dozen foreign researchers to attend a major conference on artificial intelligence, although some denials have been reversed after lobbying from high-profile AI researchers Geoffrey Hinton and Yoshua Bengio.

Organizers of the Conference on Neural Information Processing Systems (NeurIPS) say at least 30 international researchers were initially denied visas to attend the conference, which is scheduled to take place in Vancouver in December. Many of the researchers denied visas say Canadian authorities told them they were worried they would not leave the country after the conference.

“It was regrettable that many serious researchers from Africa were refused visas to attend NeurIPS in 2018. The fact that this discrimination has been repeated in 2019 is a disaster for Canada’s reputation in the AI community,” Mr. Hinton, a University of Toronto professor and one of the world’s best-known AI researchers, said in an e-mail.

About half of the denials to this year’s conference were overturned by Canadian authorities last week, after several prominent AI researchers, including Mr. Hinton and Element AI co-founder Yoshua Bengio, personally lobbied the government.

Katherine Heller, one of the diversity and inclusion chairs at NeurIPS, said there’s clearly a problem with the visa system when so many denials can be overturned with the involvement of well-known researchers.

Ms. Heller, who is also a researcher at Google and a professor at Duke University, said organizers aren’t sure exactly how many researchers won’t be able to attend. The 30 researchers who were initially denied visas are all members of Black in AI, an “affinity group” for AI researchers from Africa and of African descent.

“I’m concerned that there are other members of our community who are having their visas denied, that are having similar problems that we don’t know about,” she said.

In 2018, almost 100 of the 200 Black in AI members scheduled to attend NeuIPS, which was held in Montreal, were denied visas.

This year, organizers worked to avoid a similar situation, Ms. Heller said. Black in AI was “really conscious of what the immigration requirements were and really tried to work with the Canadian government.”

Immigration, Refugees and Citizenship Canada “has been working closely with the event organizers,” spokesperson Rémi Larivière wrote in an e-mail.

“We understand the disappointment of those whose visa applications were refused,” Mr. Larivière wrote. “In general, all visitors to Canada must meet the requirements for temporary residence in Canada, as set out in Canada’s Immigration and Refugee Protection Act.”

Many of the reasons given for visa denials don’t make sense, says Charles Onu, one of the organizers of Black in AI.

In 2018, sponsors – including Facebook and Google – gave grants to Black in AI members from African universities to ensure they could attend the conference. Yet, some of those researchers were denied visas because of their financial status. Others were denied visas because they lacked travel history, says Mr. Onu, who is the founder and AI research lead at Ubenwa Inc., a Montreal-based startup that is developing technology to detect whether a baby is at risk of asphyxia based on its cries.

“How else can they make a first trip if they continue getting denied a visa?” he asked.

Canadian officials appear to be using some of those same justifications again this year.

Adarsh Jamadandi, a research assistant at KLE Technological University in Hubli, India, who is scheduled to present at a workshop being held in conjunction with NeurIPS, has had his visa application rejected twice on the grounds “that I won’t return to my home country and that I don’t have any actual business to attend in Canada,” he says, despite providing an invitation letter from conference organizers.

Applying – and reapplying – for visas is expensive, says Mr. Jamadandi, who has never travelled internationally before. While his university is paying his conference registration fees, he’s had to pay almost $400 out of pocket in an effort to obtain a visa.

The rejections are “a sign of deep-rooted bias in government offices,” says Mr. Onu, who is also a researcher at Mila, a Montreal AI institute affiliated with McGill University and the University of Montreal. 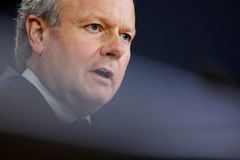 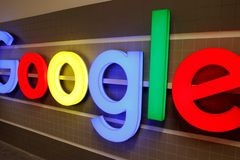 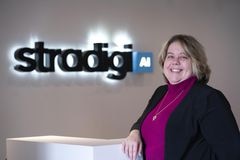