For the long-term unemployed, the coming months are a critical window to find work and avoid the type of lasting consequences that policy makers fret about.

Given the nature of the pandemic, in which some industries were shut down fully or partly, a large number of people could not work even if they wanted to. As the health crisis dragged on, so, too, did stretches of joblessness.

In May, 1.96 million Canadians were jobless and wanted work, up 54 per cent from the 2019 average, according to an analysis of Statistics Canada data by University of Waterloo economics professor Mikal Skuterud. About two-thirds of that group – or 1.3 million – were considered long-term jobless, having been out of work for more than six months.

Furthermore, the trend encompasses all demographics: Long-term joblessness has risen sharply for men and women, young and old, those with or without postsecondary degrees.

That’s typically a recipe for disaster. The longer someone is out of work, the tougher it becomes to find a job. Skills diminish and connections fade, while lifetime earnings take a hit. Moreover, long-term unemployment is associated with lower well-being and health.

“If somebody has been unemployed for a year, you start asking yourself why, as an employer,” said Fabian Lange, an economics professor at McGill University.

The pandemic may have changed that thinking. Patchy résumés can be easily explained. Job losses are highly concentrated in a few service sectors. And, crucially, the number of job postings is increasing rapidly. The usual theories that underpin labour economics may be ill-suited to the current situation.

“Lack of [labour] demand does not seem to be the problem currently,” Prof. Lange said.

“Unemployment is high, but we also have vacant jobs to fill,” said Parisa Mahboubi, a senior policy analyst at the C.D. Howe Institute.

To that point, employers were actively recruiting for roughly 683,000 positions in April, up 8 per cent from March. As of mid-June, the number of job postings on hiring platform Indeed Canada was 29 per cent higher than before the pandemic, with signs of a reopening bump. Much like in the United States, many Canadian employers say they’re struggling to fill positions.

But what employers and workers want doesn’t necessarily match up. For instance, about one-sixth of job vacancies are in a single industry: health care and social assistance. In a recent analysis, Indeed found there was a surge of restaurant job postings, but job seekers were slightly less interested in the industry and looking elsewhere.

Alexandra Farrell of Vancouver is being selective about her job search.

She used to work for an event management company but has been largely out of a job since last July, save for the shifts she has picked up at a vaccination clinic. While she has applied for many jobs, she has had to sift through countless postings offering crummy pay.

“I’m still so flabbergasted” by the wage offers, she said. For now, she is getting by on savings, some income and employment insurance, which ends in September.

“I’m not in a desperate situation,” Ms. Farrell said. But “that might change over the next few months if I can’t find a job that I’m passionate about.”

For others, their career arc hinges on a broader reopening.

Christopher Hwang, a Toronto-based cellist, has seen concerts and events get cancelled. He switched to Zoom lessons at his studio but lost most of his students. “Teaching cello, it’s quite physical,” he said. Virtual lessons are “definitely not the same experience.”

Because he has lost more than half his income, Mr. Hwang receives the Canada Recovery Benefit (CRB), which pays $500 weekly before tax. The federal program replaced the Canada Emergency Response Benefit and is for people who do not qualify for EI. About one million people receive money under the program, but their benefits will drop to $300 this month and end in September.

The decline is “a little concerning, depending on how concerts come back,” Mr. Hwang said.

The federal government is looking to give employers a nudge through the Canada Recovery Hiring Program, which runs through November. The subsidy offsets a portion of added payroll expenses for new hires, extra hours or higher wages.

While the summer months should bring a deluge of hiring, Prof. Lange said he’s worried about the psychological state of people who have been detached from the labour market for too long, warning they could miss out on a key time to re-engage with employers.

“I wouldn’t be surprised if, for a chunk of the population that has been out of a job for a year, that it is quite difficult to motivate themselves to rejoin the work force,” he said.

In a recent article, Prof. Lange and Prof. Skuterud argued Ottawa should not extend the CRB or the more generous version of EI that was brought in for the pandemic, saying they affect work incentives for low-wage employees. Instead, governments should focus on existing programs that aid in job searches and training, they said.

One reason for optimism, Prof. Lange added, is that skills erosion – a big concern for the long-term jobless – is perhaps less a worry in this economic recovery, given that the remaining job losses are largely in the hospitality industry.

“If you were a skillful waitress or waiter in the summer of 2019, why you wouldn’t be able to do that in the summer of 2021 is not clear to me,” Prof. Lange said. “I don’t see what skill would deteriorate there. … I think that is a sign for hope.”

For Mr. Hwang, the outlook is brighter. He’s picking up more virtual students and plans to resume in-person teaching this fall, once his students – largely high-school kids – are fully vaccinated. Events and competitions are being scheduled, a sign that even the most beleaguered industries are planning for better days.

“I’m optimistic that I’ll be able to have more opportunities,” he said. 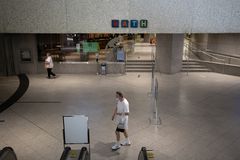 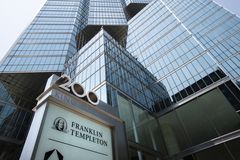