Canada’s inflation rate plunged to its lowest in almost five years in March, as the start of COVID-19 containment measures sent gasoline prices plummeting and brought demand for travel services to a halt.

Statistics Canada reported Wednesday that the consumer price index rose 0.9 per cent year over year in March, down sharply from 2.2 per cent in February and the lowest reading since April, 2015. It was the biggest drop in more than 13 years.

On a month-over-month basis, seasonally adjusted, the CPI fell 0.9 per cent – the sharpest one-month drop since the inception of the current gauge in 1992.

And with pandemic-related shutdowns only getting started in mid-March, economists said we can expect the price erosion to deepen in future inflation reports.

“That is normally a good thing for consumers. That's only true if products are available for purchase, and social/physical distancing measures are also making it very difficult, if not impossible, to purchase some of these products/services,” said Nathan Janzen, senior economist at Royal Bank of Canada, in a research note.

The March decline was driven mainly by falling energy prices brought on by the shutdowns and exacerbated by an oil price war between Russia and Saudi Arabia. Canadian gasoline prices plunged 21.2 per cent month over month. Transportation and accommodation prices also took a serious hit from pandemic-related travel disruptions, Statscan said.

Statscan noted that most of its data for the March CPI report was collected in the first half of the month, before the implementation of more restrictive COVID-19 containment measures, which have kept most consumers at home and have required non-essential retailers to keep customers out of their stores. However, the agency was forced to revisit its price findings for international flights, travel tours and accommodations because many of those purchases were booked but the trips were never taken.

“Conceptually, we wouldn’t want to include prices for goods and services that haven’t actually been consumed,” said Taylor Mitchell, the lead analyst for Statscan’s monthly CPI report.

The increase in pandemic restrictions since then suggests March was just the start of what will likely be a tumultuous period for consumer prices, as shutdowns, stay-at-home orders, supply disruptions and shortages unhinge normal shopping patterns. But economists believe the result will be even lower inflation, as the containment measures slow the economy to a crawl.

“Timelier data suggest that gasoline price inflation will fall even further in April,” said Stephen Brown, the senior Canada economist for Capital Economics, in a research report. “If inflation for other goods and services continues to decline amid the slump in demand as we expect, headline inflation will turn negative this month.”

The shutdowns also create further complications for the inflation data itself. Ms. Mitchell said roughly half of Statscan’s consumer price data is collected through face-to-face interviews with retailers. With so many stores forced to close, the agency has been relying more on telephone interviews, online shopping sites and “web scraping” of price data on the internet to glean consumer prices.

Statscan will also be faced with a decision on how to deal with consumer goods and services contained in its CPI – things such as sports and concert tickets, haircuts, gym memberships – that can’t be consumed by anyone for the time being.

“It’s an exceptional situation,” Ms. Mitchell said, adding that the agency hasn’t had a chance yet to analyze the data collected in April to examine problematic areas. “No decisions have been made.”

“For many goods and services, the alternative methods for collecting data will be adequate substitutes,” Canadian Imperial Bank of Commerce senior economist Royce Mendes said. “But for some, where retailers either don’t have an online presence or don’t offer the same range of products and services, it could end up giving a less clear measure of inflation than usual.”

Bank of Canada Governor Stephen Poloz acknowledged last week that the pandemic-related shutdowns will make inflation data complicated to interpret and predict over the next few months.

“If you can’t go to a hotel or you can’t go on an airplane … those things are still in the CPI. What may happen during this phase is that only parts of the CPI will be relevant to people,” he said in a news conference. 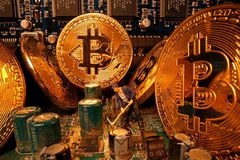