Canadian Tire Corp. is getting into the party supply business with its $174.4-million purchase of Party City’s 65 Canadian stores to diversify its products and customers.

“It’s a natural extension for us and has a lot of room to grow,” said Allan MacDonald, company head of retail, on an analyst conference call Thursday.

“We’ve set aggressive targets to continue to grow in Canada by building or acquiring to capture opportunities in adjacent categories, or with high-value customer segments like younger Canadians and families. With this acquisition we’re doing exactly that.”

He said Canadians spend close to $2-billion a year on party supplies, in what remains a fragmented market. Party City, as the largest in the space, makes up less than 10 per cent of the market, while operators with only a few shops hold more than half the market, the company said.

With the help of its network, Canadian Tire expects it can double Party City’s annual sales in Canada to $280-million by 2021.

The acquisition adds to an increasing number of brands under the Canadian Tire umbrella, which already includes Sport Chek, Mark’s and Helly Hansen. The company also added bicycle brands Raleigh, Diamondback, Redline and IZIP to its holdings in the quarter.

Mr. MacDonald said the Party City deal is a little different than past acquisitions because it’s not specific to a product category.

“This is wandering off a bit, and it is different, because the brand represents a complete assortment.”

The deal, which includes $40-million in inventory, also has a 10-year sourcing agreement for products from the Party City’s network of 10 manufacturing facilities and more than 1,200 suppliers, as well as relations with the big movie houses.

“We’re going to get all kinds of exclusivity around licensing and direct to retail relationships with brands like Disney and Marvel and all the kind of things that make the business tick, especially around the Halloween time frame,” Mr. MacDonald said.

New York-based Party City Holdco Inc. said it would use the proceeds from the sale to pay down debt. The company has been struggling in an increasingly competitive retail environment, including strong competition from online retailers. It announced in its second-quarter results Thursday that it would shutter additional stores in the United States while its stock has fallen some 60 per cent in the past 12 months.

The Party City deal was announced as the Toronto-based home and outdoor-goods retailer announced second-quarter results, which included a 14 per cent increase in net income attributable to shareholders.

The $177.4-million profit was up from $156-million a year earlier, while earnings per diluted share increased 20.5 per cent to $2.87 from $2.38 in last year’s second quarter when more shares were outstanding.

Adjusted net income was $209.7-million and adjusted diluted earnings per share came in at $2.97 each. Analysts had expected adjusted income of $187.8-million and $3.01 a share according to financial markets data firm Refinitiv. 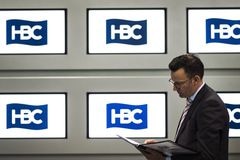 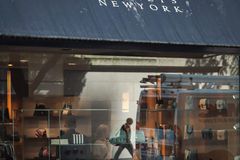 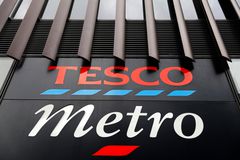