Digital currencies backed by central banks could cause significant disruption to private financial institutions, although risk to banks could be limited with the proper checks and balances, according to a report by a group of central banks, including the Bank of Canada.

Around the world, central banks are thinking of launching their own forms of digital currency, in response to a decline in the use of physical cash and the rise of online currencies backed by large technology companies, such as Facebook. The fear among central bankers is that they could lose their place at the heart of the payments system defined by digital wallets and tap payments.

One of the most crucial challenges policy makers face at this early stage is figuring out whether its even possible to introduce central bank digital currencies (CBDC) without causing undue harm to the banking system.

On Thursday, the Bank for International Settlements (BIS), an umbrella group for central banks worldwide, and a group of seven central banks including the BoC, published a report laying out the risks posed by CBDCs as well as ideas about how to limit them.

The key concern is that CBDCs would eat into commercial bank profitability, as savers move their bank deposits into accounts held at the central bank. Banks typically rely on client deposits to make loans, meaning a reduction in deposits could affect the availability of credit throughout the economy.

“This could, under certain circumstances, affect bank profitability, lending and the overall provision of financial services,” the report said.

Private-sector digital currencies known as stablecoins could also reduce people’s reliance on bank deposits. Indeed, one of the core arguments for CBDCs is that central banks are better placed than private technology companies to manage the disruption caused by digital money.

Policy makers, for instance, could limit the impact of digital cash on bank deposits by capping how much money could be held in a CBDC account. The BIS report also advocates for considerable private-sector involvement in any CBDC system, with financial institutions providing the customer-facing parts of the system, such as digital wallets.

Canada’s banking regulator, the Office of the Superintendent of Financial Institutions, is consulting with banks and insurers about the risks they see from digital money, said Superintendent Peter Routledge, in a speech at a virtual conference held by the Global Risk Institute on Wednesday.

That includes evaluating the extent to which digital currencies - whether issued by central banks or in the form of cryptocurrency and stablecoins - could disrupt business models or affect the financial system’s stability. For now, Mr. Routledge said OSFI plans to follow the Bank of Canada’s lead on CBDCs.

“The payments system and the financial system overseen by the Bank of Canada is intact and stable and solid,” Mr. Routledge said. “And the innovations we’ve seen to date haven’t, in my judgment, posed material threats to the system - nor do I expect they will.”

But OSFI is also in touch with international regulators about developments in digital currency, and acknowledges “the pace of innovation is certainly noticeable,” he said.

“If you think of the over-the-horizon risk, could innovation happen at a faster pace than maybe we realize right now? Does all of a sudden a threat emerge that is material? That’s the eye we have on that,” he said. 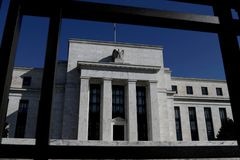 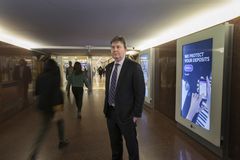 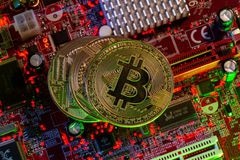 Follow Mark Rendell and James Bradshaw on Twitter @mark_rendell @jembradshaw
Report an error Editorial code of conduct
Due to technical reasons, we have temporarily removed commenting from our articles. We hope to have this fixed soon. Thank you for your patience. If you are looking to give feedback on our new site, please send it along to feedback@globeandmail.com. If you want to write a letter to the editor, please forward to letters@globeandmail.com.
Comments