Changes to India’s farm laws could open up the second most populous country to Canadian farmers, although a lot remains unknown about how a liberalized market might affect nations looking to export their produce, experts say.

A freer market in India would help corporations and countries that see it as a destination to sell produce, said Shashi Enarth, an adjunct professor at the University of British Columbia’s institute for resources, environment and sustainability.

“It’ll be good for Canada if these three bills are introduced and they sail through,” he said in a recent interview.

He said the bills stipulate “that you can sell (agricultural produce) anywhere you want, you can buy whatever you want, and so that way it is good for Canada.”

But after two months of protests by farmers, the Supreme Court of India has temporarily put on hold their implementation and ordered the creation of an independent committee of experts to negotiate with opponents of the legislation.

Among other things, the bills would allow farmers to sell their produce outside government-run market committees, and they would remove minimum support prices for certain products.

They also allow farmers to forge agreements with private companies to produce a certain amount, which is then sold directly to the companies.

The protesting farmers say they fear the government would stop buying grain at minimum guaranteed prices under the laws and subject them to corporate exploitation by driving down prices for their products.

The farmers are continuing a blockade of highways connecting New Delhi with the country’s north. They have threatened to intensify the protest by organizing a massive tractor rally in New Delhi during Republic Day celebrations on Jan. 26.

Data from Statistics Canada show India was the world’s largest market for legumes, with imports valued at $1.4 billion in 2018. Canada was the country’s second largest supplier of pulses, such as lentils, dried peas, beans and chickpeas.

Raji Jayaraman, an associate professor at the University of Toronto’s Munk school of global affairs and public policy, said Canadian exporters may benefit in the medium to long term, especially if there are further steps toward liberalizing agricultural markets in India.

“The farm bills don’t directly affect tariffs on agricultural imports to India, so any effect is going to be indirect,” she said.

“Ironically, this may help Canadian farmers who are able to sell their products to the Indian market more cheaply.”

Greg Northey, Pulse Canada’s vice-president of corporate affairs, said the organization is watching the developments in India closely and considering how they might affect farmers here.

“It’s an important market for sure, one that we care about and one that we’ve had a long-standing relationship with, and one we want to continue to export to,” said Northey, whose organization represents growers, traders and processors.

Most pulses in Canada are grown in Alberta, Saskatchewan and Manitoba, with bean production concentrated in southern Ontario and Quebec, its website says.

The organization is analyzing how the new laws in India would impact Canadian farmers, he said. But they don’t have a good understanding yet and haven’t come across an analysis of how changes in India’s laws will affect imports and exports, Northey said.

Jayaraman said a lot of people are fearful about the liberalization of agricultural markets in India because it is a large employer. The majority of farmers in India own less than one hectare of farmland and operate on a subsistence basis.

“And so, anything that touches and reforms agricultural markets is going to have ramifications for subsistence livelihood for hundreds of millions of people,” she added.

Jayaraman also cautioned that the future of the Indian farm market is still unknown under the proposed laws.

“I mean people are still scratching their heads trying to figure out what the ramifications of these reforms are,” she said.

“I’m going to say the jury is out. It’s really going to depend on how the market evolves as a result of these reforms.” 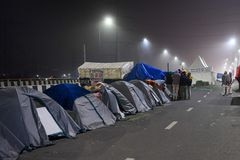 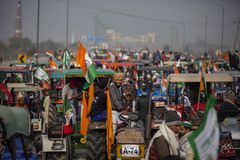