Chevron Corp. plans to take a fourth-quarter writedown of up to US$11-billion and wants to sell off its stake in a proposed liquefied natural gas project in British Columbia.

More than half of the non-cash, after-tax impairment charge stems from California-based Chevron’s Appalachia shale gas assets, notably in Pennsylvania, West Virginia and Ohio. Other assets in the quarterly charge include the Chevron-operated deepwater Big Foot oil project in the Gulf of Mexico.

The massive writedown underscores the challenges faced by the energy industry as producers struggle to cope with low oil and gas prices.

“We believe the best use of our capital is investing in our most advantaged assets,” Chevron chief executive Michael Wirth said in a statement on Tuesday. “With capital discipline and a conservative outlook comes the responsibility to make the tough choices necessary to deliver higher cash returns to our shareholders over the long term.”

Chevron, through Chevron Canada Ltd., is behind the planned Kitimat LNG project in northern British Columbia that it co-owns with Australia’s Woodside Petroleum Ltd. New designs for the export terminal promote electric-motor technology in a bid to comply with British Columbia’s clampdown on carbon emissions.

Chevron Canada spokesman Leif Sollid said the company is continuing to work with Woodside to advance the project, which is located site at Bish Cove, on Haisla Nation reserve land near Kitimat.

“Chevron is not stopping the project. Chevron intends to commence seeking expressions of interest from potential parties interested in the Kitimat LNG project, and fund select activity to progress the project during this period,” Mr. Sollid said.

He said Chevron aims to work closely with Woodside, governments and First Nations as the company’s 50-per-cent stake in Kitimat LNG is shopped around.

“Although Kitimat LNG is a globally competitive LNG project, the strength of Chevron Corp.’s global portfolio of investment opportunities is such that the Kitimat LNG project will not be funded by Chevron and may be of higher value to another company,” he said.

Last week, the Canada Energy Regulator approved Kitimat LNG’s 40-year export licence. If the future co-owners decide to forge ahead with construction of a terminal at Bish Cove near LNG Canada’s Kitimat site, there will be the need for a separate conduit for natural gas called Pacific Trail Pipeline.

The strategy to exit Kitimat LNG will mean the divestment not only of plans for the Bish Cove, but also the Pacific Trail Pipeline that is proposed to transport natural gas from the Summit Lake area in the B.C. Interior to Bish Cove.

Kitimat LNG has been using the former site of the Eurocan pulp and paper mill as a preliminary work camp, with plans to revamp the Kitimat property so it can handle up to 5,000 construction workers should the Bish Cove terminal get the go-ahead to be built.

Royal Dutch Shell PLC-led LNG Canada is building an $18-billion terminal on a Kitimat industrial site that is located on the Haisla’s traditional territory.

In mid-2013, there were more than 20 LNG proposals in British Columbia. Today, only LNG Canada is under construction. Pacific NorthWest LNG, led by Malaysia’s state-owned Petronas, gave up on its own project in 2017 amid various environmental and business issues, and acquired a stake in LNG Canada in 2018. 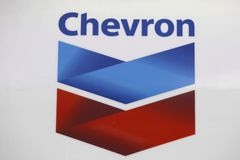 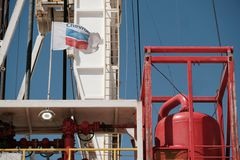 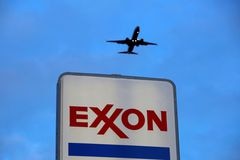